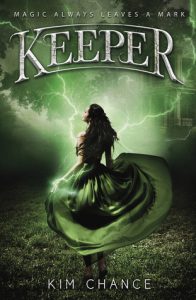 ‘When a 200-year-old witch attacks her, sixteen-year-old bookworm Lainey Styles is determined to find a logical explanation. Even with the impossible staring her in the face, Lainey refuses to believe it—until she finds a photograph linking the witch to her dead mother.

After consulting a psychic, Lainey discovers that she, like her mother, is a Keeper: a witch with the exclusive ability to unlock and wield the Grimoire, a dangerous but powerful spell book. But there’s a problem. The Grimoire has been stolen by a malevolent warlock who is desperate for a spell locked inside it—a spell that would allow him to siphon away the world’s magic.

With the help of her comic-book-loving best friend and an enigmatic but admittedly handsome street fighter, Lainey must leave her life of college prep and studying behind to prepare for the biggest test of all: stealing back the book.’

First thing first – I would completely love a best friend like Maggie! I loved her little superhero references and other references to things like Supernatural. I also loved the character of Serena, I think it’s possibly because I’d say I’m a little bit like both Maggie and Serena though? Like I’d happily cleanse my whole house if I thought there were spirits there and I’d be more than likely to be found reading a graphic novel… On that note, I think there should be more events at comic book stores like the one this starts with.

Anyway! The book hooked me from the start with Maggie’s quirky quips and at the end of the first chapter it sucks you in with an incident that makes you want to read more and understand. The town of Lothbrook is your average little quiet town but Chance describes everything so well it’s as though you can place yourself right next to Lainey. The way Chance writes about both the past and present too is such a smart way of introducing the reader to this new world and it’s easy to get lost in the story completely.

The characters though, and I know I keep going back to this but I loved the way that each character was slowly unravelled, especially those closest to Lainey. Maggie’s optimism especially is an amazing breath of fresh air to read about. For instance, one of the parts of the book that sent a massive chill down my spine was when she said the following (about life not being fair):

Whenever Lainey needed someone she was there, the only human main character and yet she was such a strong element of the book.

I also loved how Keeper has so many well known supernatural elements but the story itself seemed so fresh and new from how Chance puts it all together. I mean there are Witches, Seers, Faeries and even Lycans and Shifters and more supernaturals and just the whole history that ties them all together is brilliant to read about.

I love the book cover also, green is such an important colour throughout the book so it represents it so well. I don’t want to spoil the ending, because you have to read this book (especially if you’re a fan of Harry Potter), but I wasn’t expecting it whatsoever and it was such a brilliant twist! I really hope there’s a sequel out because I need to know more. 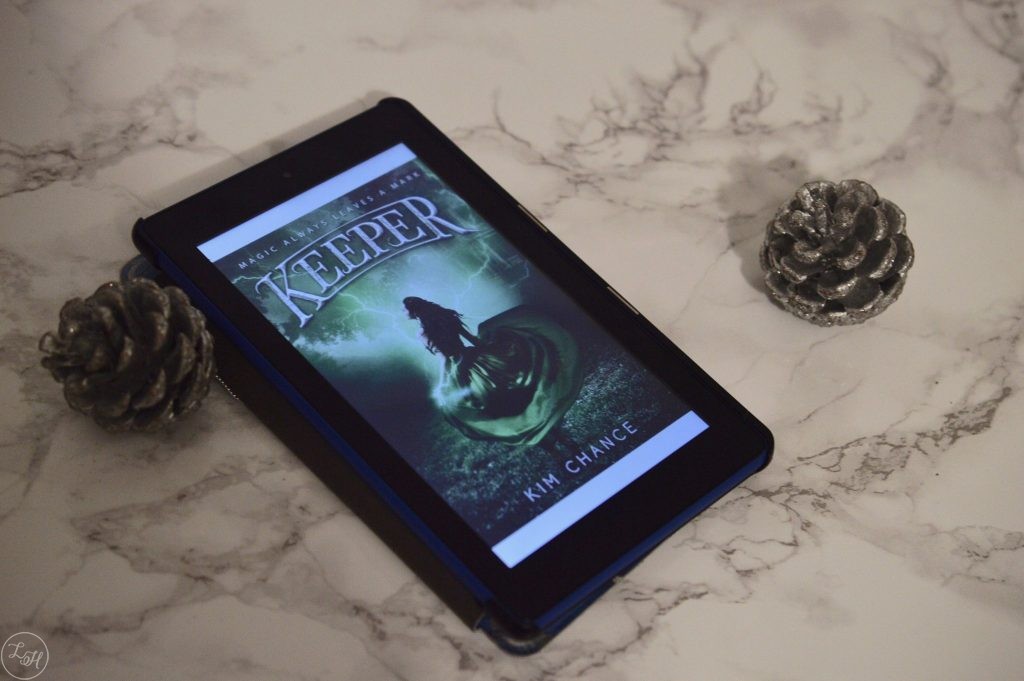