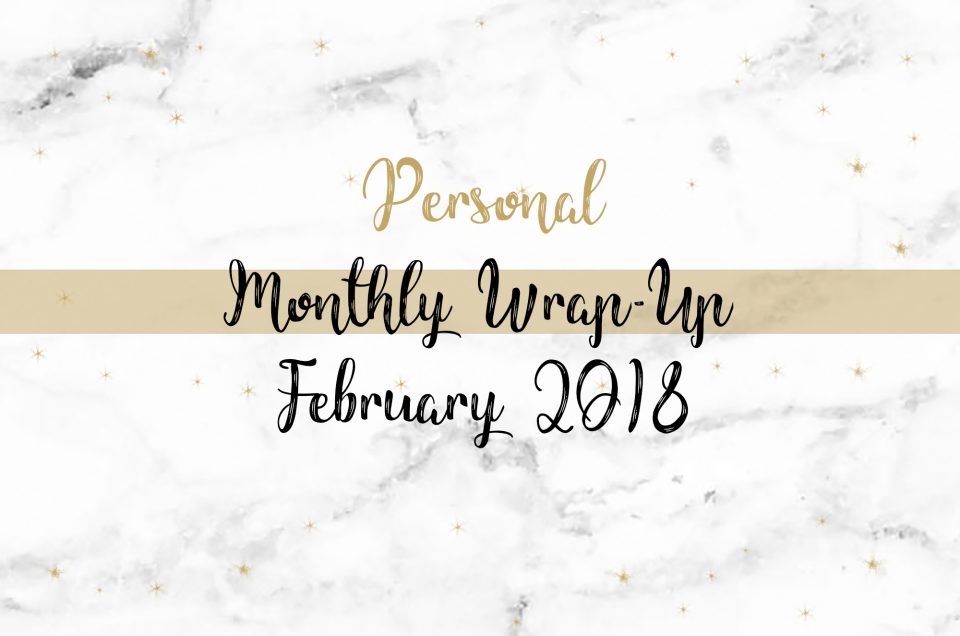 Time for my second monthly wrap-up of the year! It’s been a strange month, to say the least. I’ve read a lot but mostly I’ve tried to work on myself as much as possible.

I didn’t have as good of a reading month this month, I only managed to read 10 books and I know that’s still good but I had a few days where I just couldn’t read anything, and that felt so strange! Lots of the books have been great reads again, you can find reviews for the books marked with an asterisk here!

To Kill a Kingdom* by Alexandra Christo – 5 stars

The Taste of Blue Light* by Lydia Ruffles – 3.5 stars

Between the Blade and the Heart* by Amanda Hocking – 4.5 stars

Movies wise, I saw Black Panther and the last Maze Runner film and they were so cool! I don’t think I’d watch them twice, or three times like I had with The Greatest Showman last month… but they were definitely enjoyable. I’m a huge superhero fan so Black Panther was definitely my favourite, it even had lots of strong, powerful females in which also seems to make me love something even more.

Other than movies… it’s been a weird month for me. I don’t know how to put it into words, so I’ll just leave it at that. I’ve started back at the gym again, going to as many classes as possible which is helping me mentally. I’m just hoping that things are better all round soon.

In other news, I’m so excited for March! I’m seeing Imagine Dragons on Saturday, there’ll be another TEENSgate meeting on Sunday, on the 24th I’m going to the first ever Northern YA Literary Festival and I’ll get to see Holly Black in person (author of The Cruel Prince, so naturally I’m ridiculously excited). So yeah, overall it’ll be more eventful than February has been!

The only other thing I guess I can say is that I’ve changed my university pathway for my Masters Degree. I’d initially decided to complete an internship as part of my Masters but after a lot of thinking I’ve changed to a dissertation. There’s a lot more freedom in what I can focus on and I’ve chosen a project related to book publishing instead.

What have you been up to this month?

Ahh, you read double the amount of books as I did last month! I need to step up my reading game. I honestly wish Manchester was closer because I would love to go to a TEENSgate meeting! Hope you have the best time xx

You don’t need to just read at the pace you’re happiest reading 😀
There might be something similar nearby, maybe check in your closest Waterstones? Hope there is! And thank you 🙂 xx