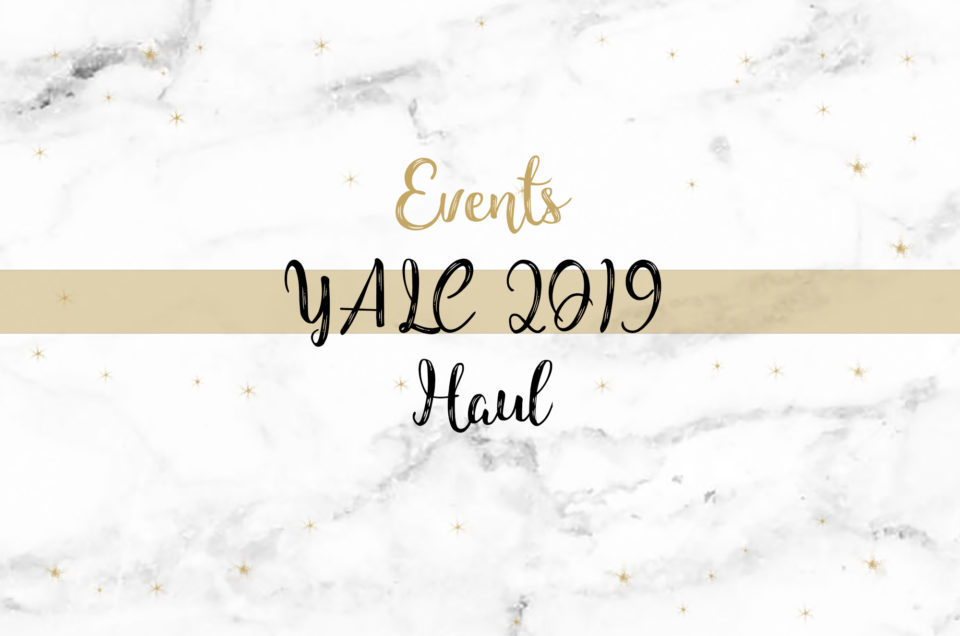 Okay so last year had been my first ever YALC visit, and I found it pretty great in all honesty. I came away with a pretty good haul and though I had some issues with the queuing system in place (it was pretty hectic) overall I had a pretty good time.

This year, I genuinely don’t think I could do a full wrap-up.

In all honesty, I was not in a good place and that meant that a lot more things upset me about this year. I know that some have already spoken out about the accessibility issues and there are probably a lot more to come but I’d rather just focus on my ridiculous haul because if I start ranting about things I didn’t like it’d probably bring my mood down massively? Also because I brought 62 books back with me, so this is a mega-post with that alone.

Books I Took With Me

Again, I took a fair few books with me to get signed by authors, including:

If this doesn’t make you go ‘oh god how many did she end up getting’ then well, well done for having hope in me. I am, however, rather impulsive in general and VERY impulsive where books are concerned, see below for proof. 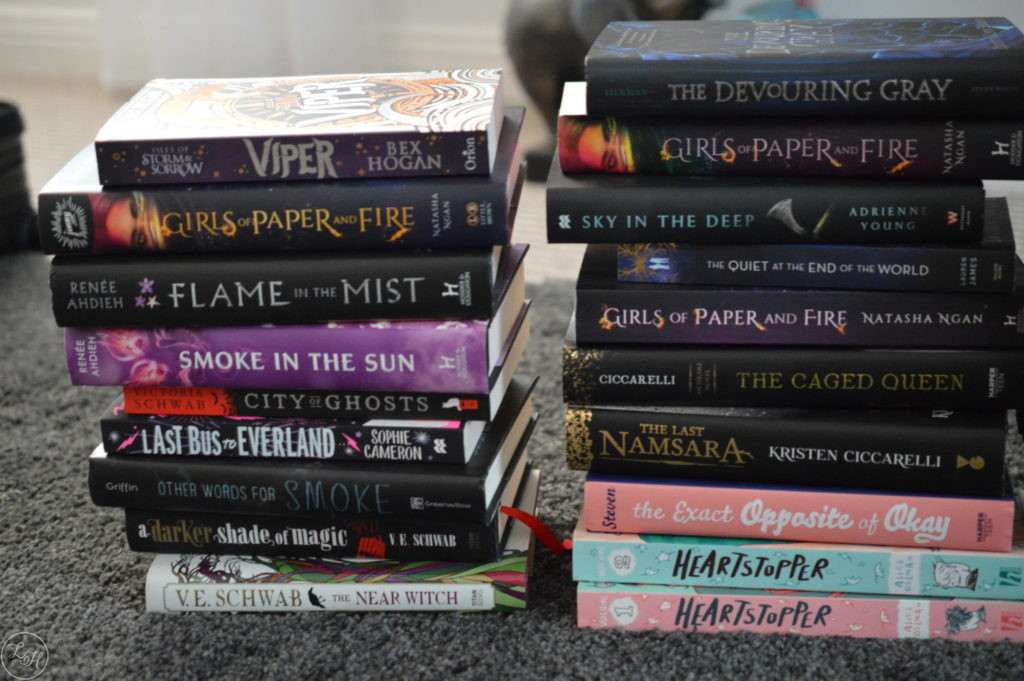 ARCs were given in a variety of ways, of course Infinity Son was first-come, first-served for Day 1 and 2 (this changed to a raffle system for Day 3), the next four were from Melia Publishing Services with ‘Buy a book get an ARC’, I won The Ten Thousand Doors of January with a raffle ticket, What She Found in the Woods was from purchasing We Hunt the Flame, Jackpot had actually just been put in the book swap area and GOSAS was of course the two books for an ARC (I was DESPERATE for this, and actually managed to get it signed by Natasha on the Sunday). 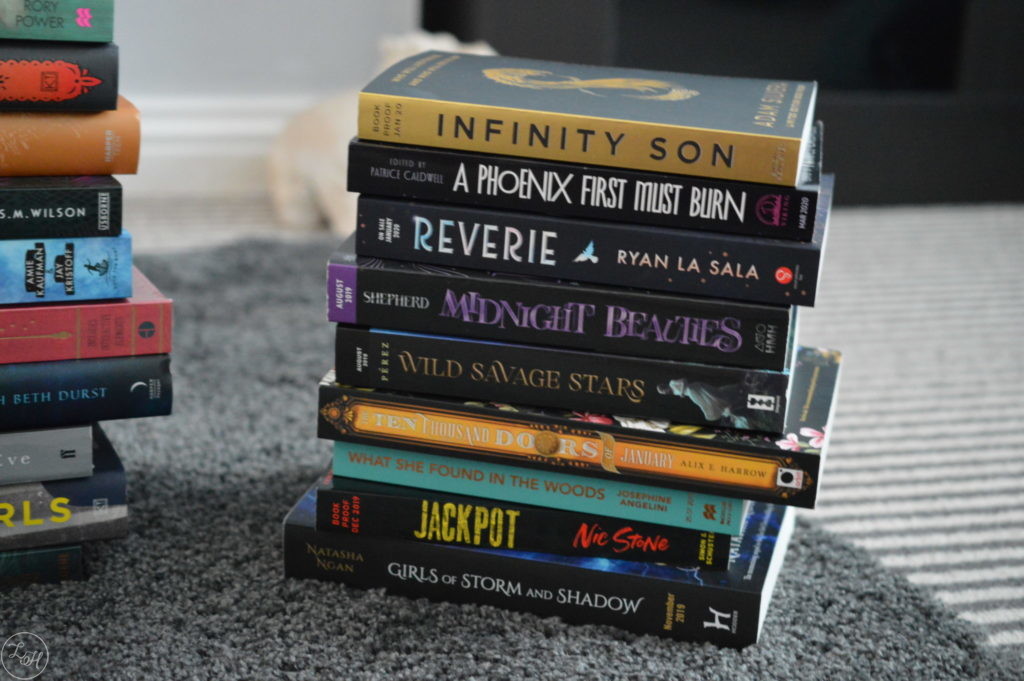 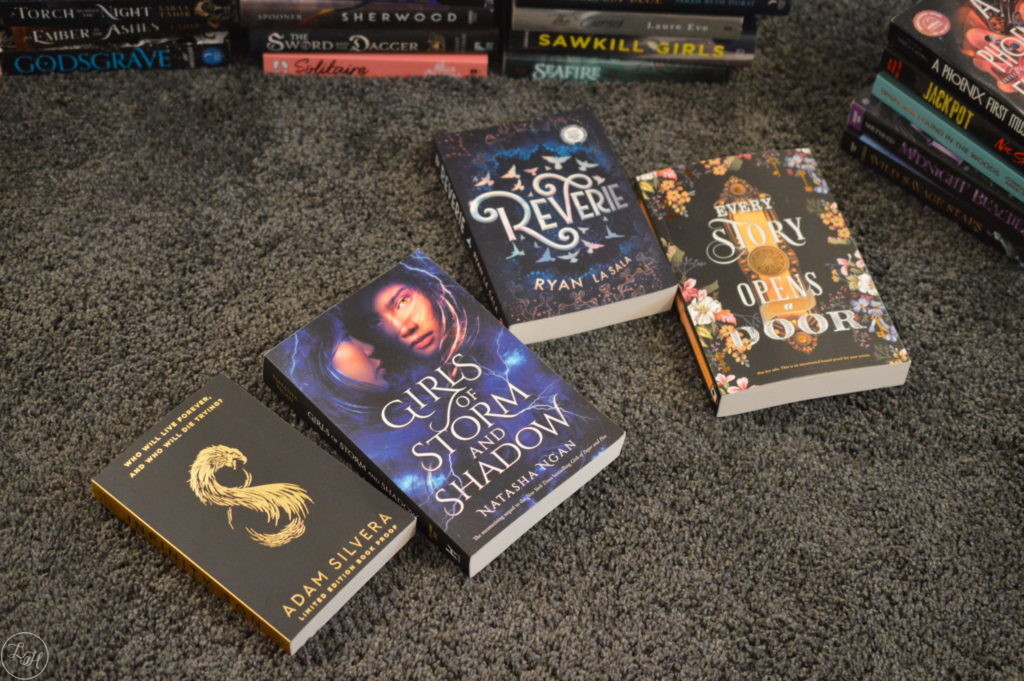 Books I Got There

Oh, and an Ariel Pop! I picked up from LFCC is also of course making an appearance! She’ll be great for bookstagram photos. I picked up a few samplers I was interested in too and some posters but the books were what I really excited for, even if they killed me for the week after! 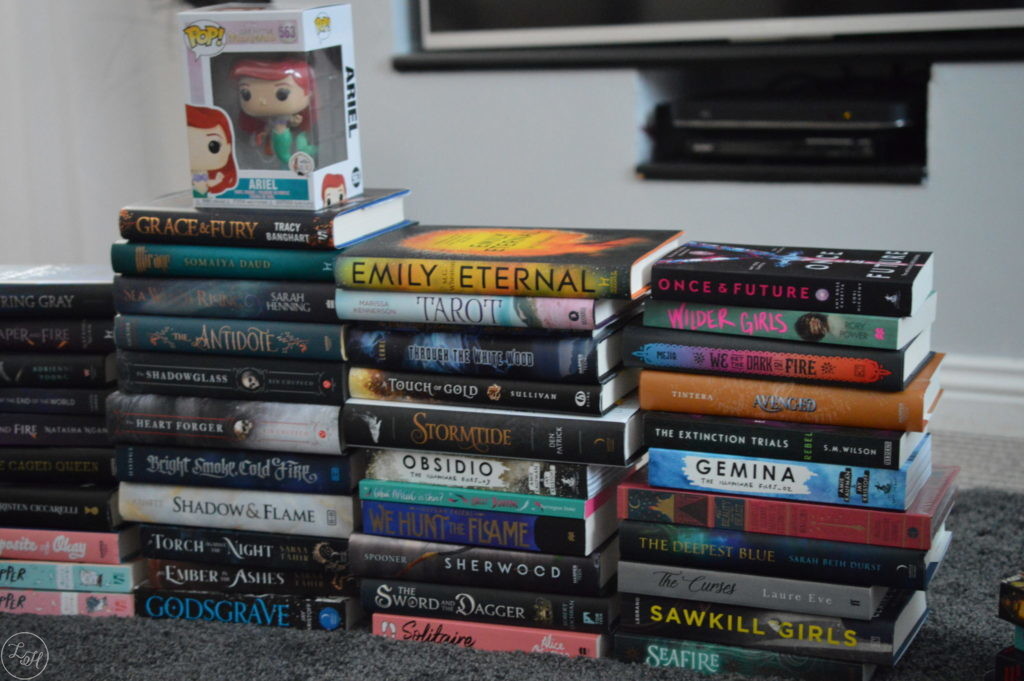 My aim for this year was to come home without masses of prints and samplers that I didn’t want, so I tried pretty hard not too pick up too much! I took my preorder posters of Roa and Asha so I could get them signed by Kristen Ciccarelli too because I just love them. Swag picked up is to follow! 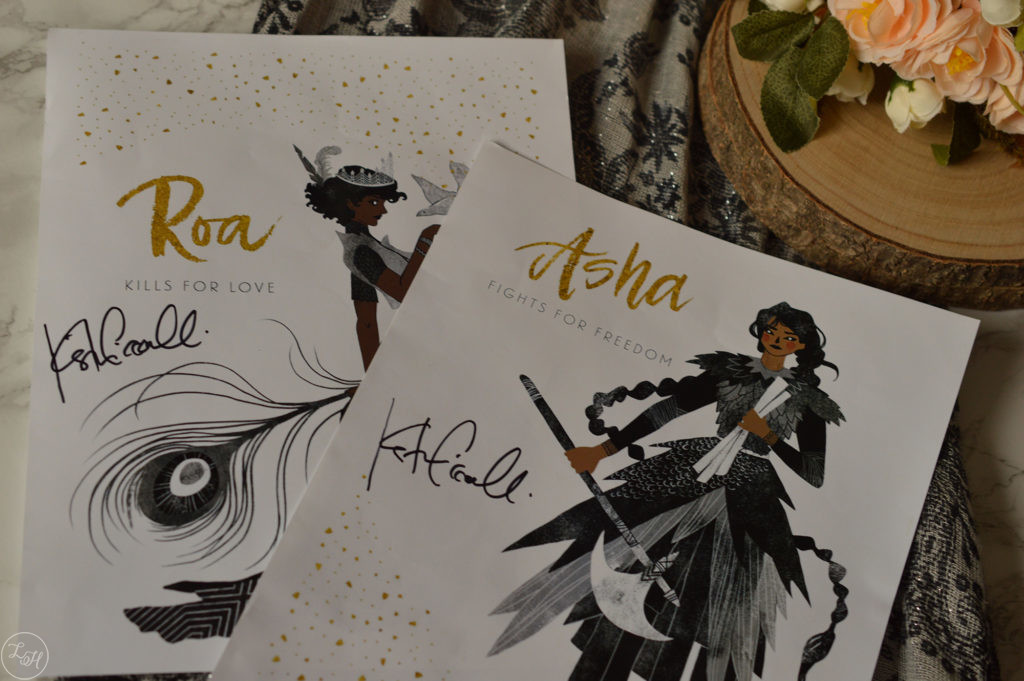 So I was as careful as possible with samplers! I may have picked up a few more than shown here but I aimed to get the ones I was most excited for! I seriously can’t wait for The Queen of Nothing especially, of course! 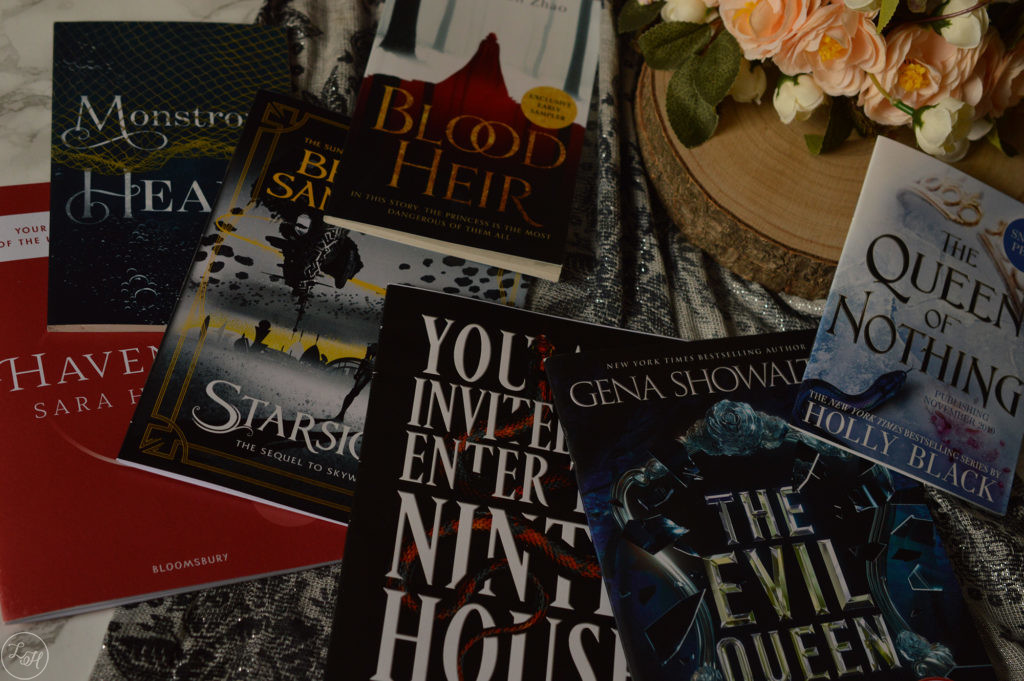 Pins… So Illumicrate were doing three YALC exclusive pins and I definitely had my eye on these two! Yes I still need to read both books but I know I’ll love them. 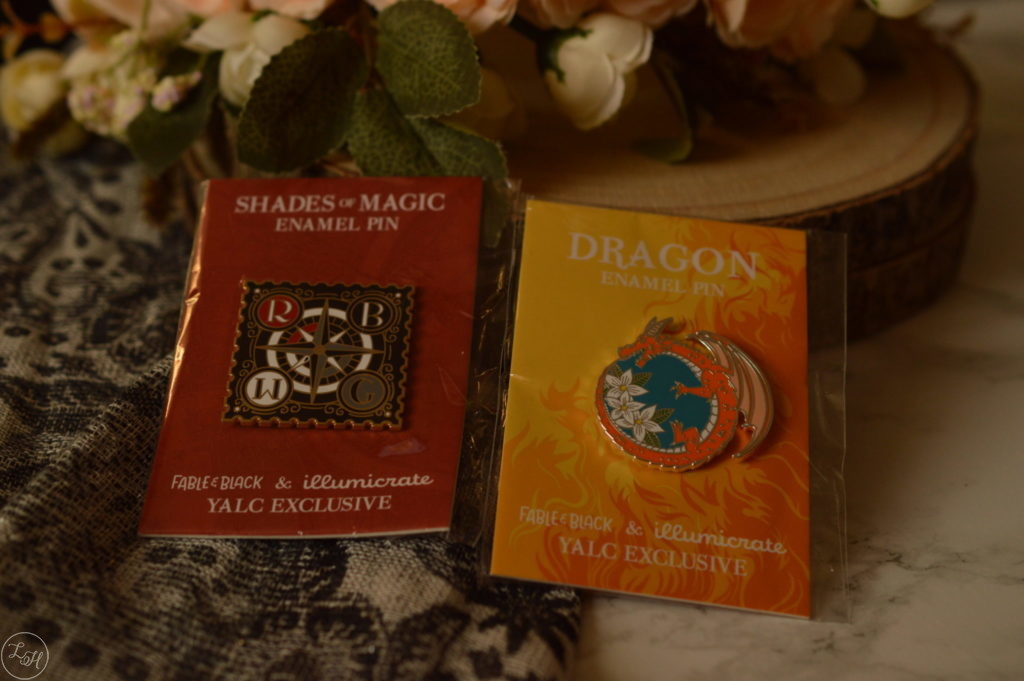 And finally, prints and posters! I got the ACOTAR print from Illumicrate’s lucky dip and I was so happy – I’ve loved it since I first saw it! The City of Brass and Nevernight posters were from Harper Voyager (I also signed up for the email newsletter so I could get the gorgeous tote bag) and finally the prints for Priory and ADSOM were both from Illumicrate! 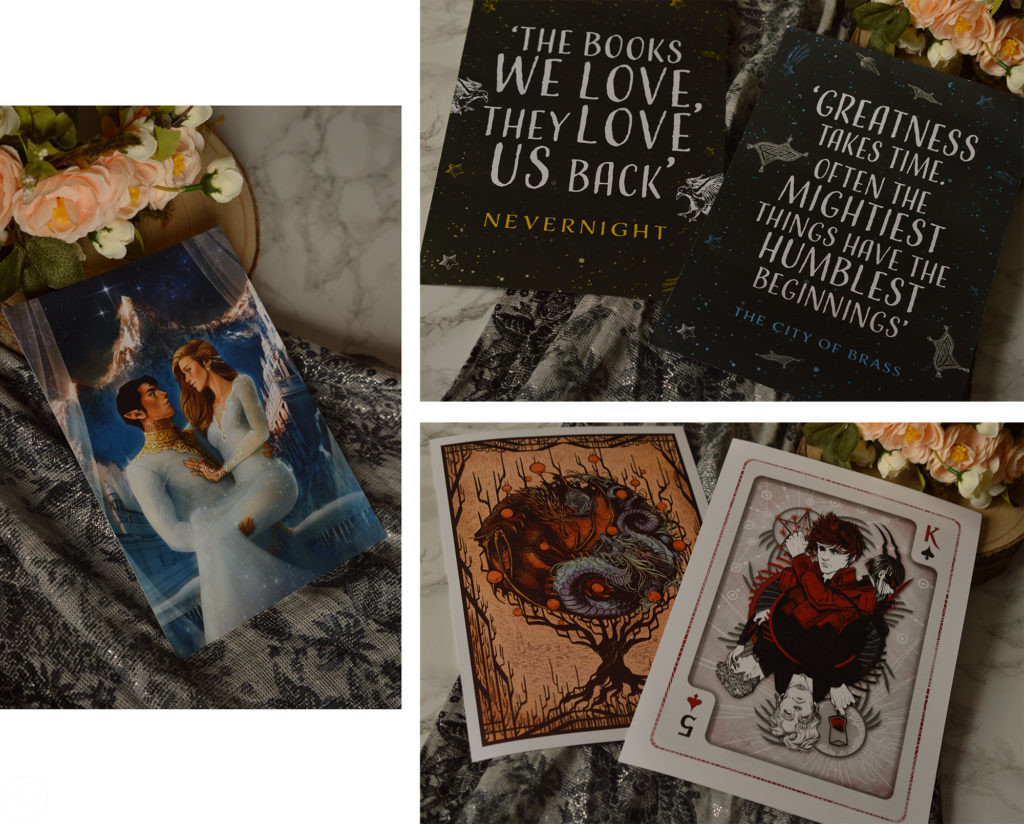 So, as you can see from the above my haul was pretty damn good this year! I’m happy with everything I picked up and my only complaint about it all is I don’t know where to start with it really – I’m focusing on the ARCs but after that then who knows? Because I don’t…

Did you go to YALC?

That Ariel pop is so cute. How did I miss you getting it?

I think I just wandered off on the last day to go Pop! hunting, because the only thing that matches my book collection is my Pop! one… oh and pin collection :’)