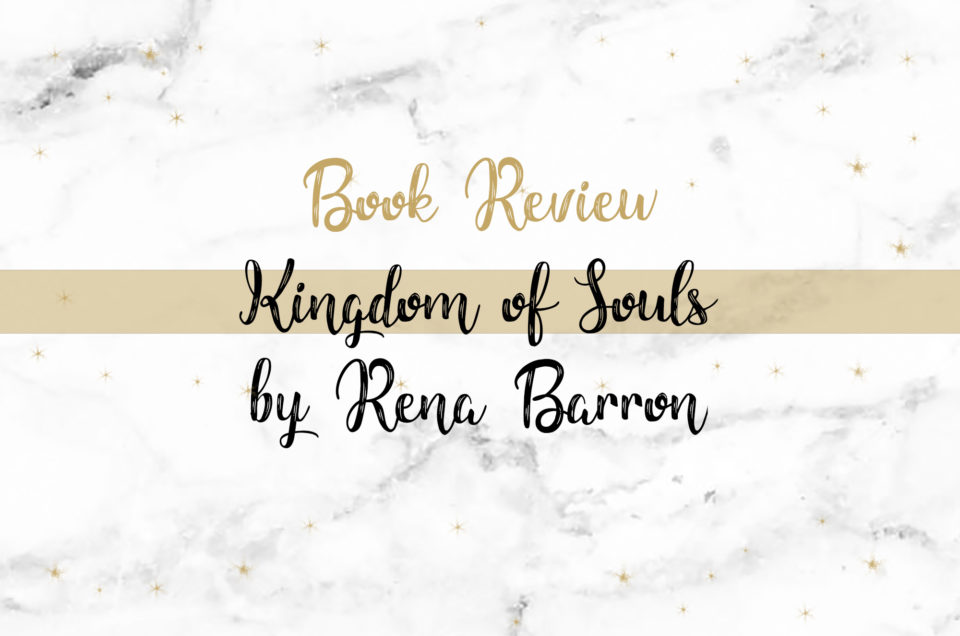 Today’s book review is another FFBC blog tour post after a little bit of a hiatus from doing them! (I have a fair few coming up soon for you to look forward to). Kingdom of Souls is quite frankly a masterpiece of world building and storytelling and I’m so excited for more to come from Rena Barron! 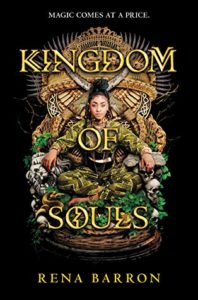 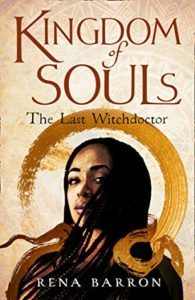 ‘THERE’S MAGIC IN HER BLOOD.

Explosive fantasy set in a world of magic and legend, where one girl must sacrifice her life, year by year, to gain the power necessary to fight the mother she has never been good enough for.
Perfect for fans of Sarah J Maas, Tomi Adeyemi and Black Panther
Arrah is a young woman from a long line of the most powerful witch doctors in the land. But she fails at magic, fails to call upon the ancestors and can’t even cast the simplest curse.
Shame and disappointment dog her.
When strange premonitions befall her family and children in the kingdom begin to disappear, Arrah undergoes the dangerous and scorned process of selling years of her life for magic. This borrowed power reveals a nightmarish betrayal and a danger beyond what she could have imagined. Now Arrah must find a way to master magic, or at least buy it, in order to save herself and everything she holds dear.
An explosive fantasy set in a world of magic and legend with a twist you will never see coming.’

Okay so… wow. I’d been excited for this book ever since I first saw the US cover reveal because it was screaming as a book I’d love. I was expecting dark magic and royalty off the cover but this book is SO MUCH MORE.

First off, Arrah. Sweet, awesome Arrah. Arrah comes from two tribes brimming with magic, so when she shows no sign of having her own by the age of sixteen she feels terrible about herself. Her father, Oshe, is the most adorable father I’ve ever read and completely adores her regardless. Her grandmother, a Chieftain with super powerful magic, tries to help her to come into her magic as much as she can, but her love for her regardless is clear to see.

The story starts with Arrah and her father attending a tribal ceremony far from where they live currently, and the day after she has magic tests with her grandmother. This is where all the action and intensity starts up as her grandmother can see the future, and what she sees in Arrah’s future scares her – a demon.

With there not being much that could be done, Arrah and her father head home where we meet her mother, Arti. Sadly, her mother is cold and distant with Arrah throughout the majority of the story, she makes it plain that she’s disappointed in her and it was heartbreaking to read. I really felt sorry for Arrah because she seemed to only want the approval of her parents and to make them proud.

The main romance plot is similar to a Romeo and Juliet one, with Arrah’s family hating that of Rudjek’s. Now Rudjek, I loved him. I loved how, as with Arrah, Rena has woven a complicated history into his where he’s so much more than he seems. There’s also another example of romance between their friends which is f/f, a nice addition to the story. The love isn’t just about relationships though, there is an intense focus on family love from start to finish including complicated love such as between Arrah and Arti.

The majority of the story is told from Arrah’s perspective, with other characters having the occasional chapter of their own to make the reader thing more and more. Honestly, I struggled to remember that this was a debut throughout. I loved the way that the story was put together so cleverly, with times where the reader is told more than the characters too. The world building with all of the tribes is intricate and the way that magic intertwines with most peoples’ lives is also smart. Rena even puts gods into the world who carry out questionable things, this book just really keeps you on your toes throughout.

Little bit of a side mention of the covers… At first I was a little disappointed in the UK one, but having read it I’m totally on board with the vibe it gives. The US one is still atmospheric and awesome but I really think this series will be timeless so I’m happy I’ll be getting the UK version, I’ve even got the Goldsboro edition preordered! Just means I need to pick up the US cover some day too…

Ultimately, this was a great read to me. I’m so so excited for the next instalment (especially because the ending really shocked me) and I just full on can’t wait. 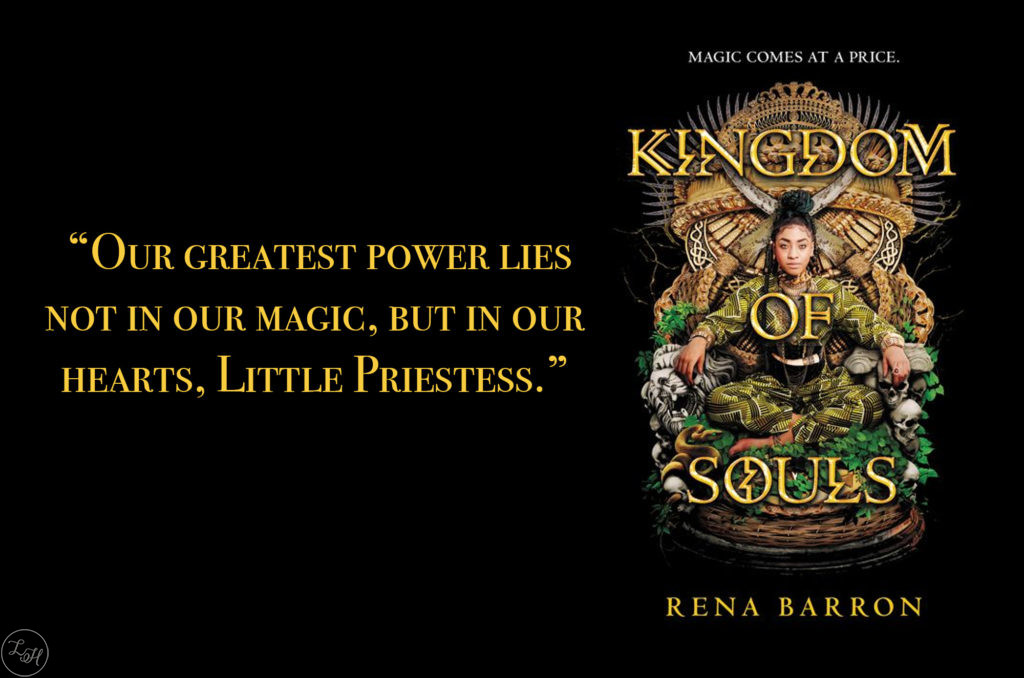 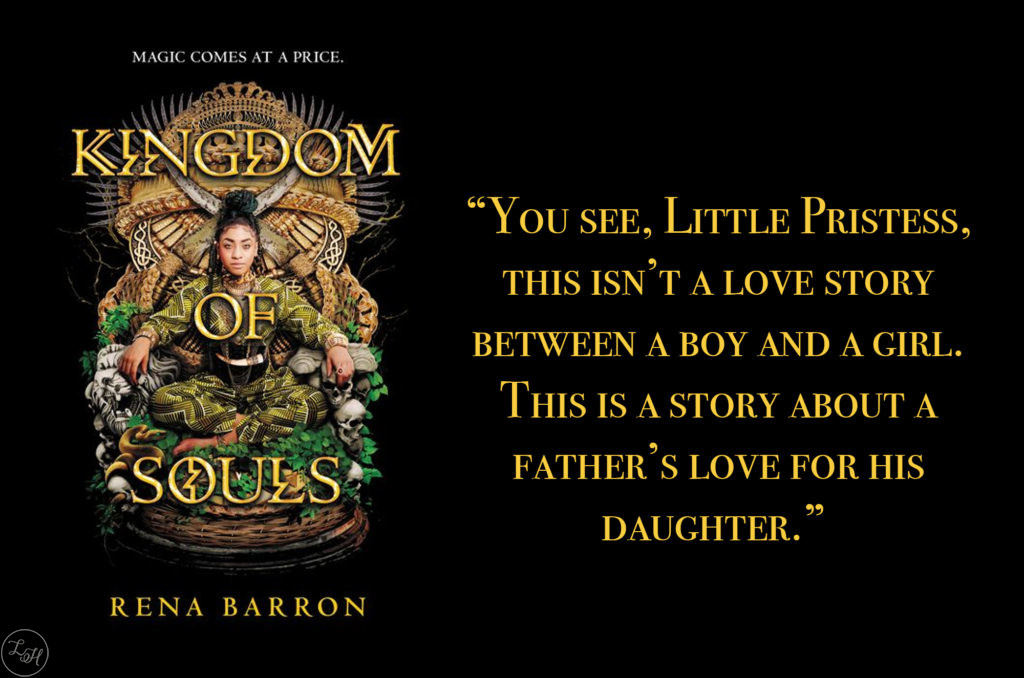 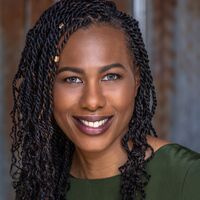 Rena Barron grew up in small-town Alabama where stories of magic and adventure sparked her imagination. After penning her first awful poem in middle school, she graduated to writing short stories and novels by high school. Rena loves all things science fiction, ghosts, and superheroes. She’s a self-proclaimed space nerd. When she’s not writing, she can be found reading or brushing up on her French. Follow her at @renathedreamer and renabarron.com.
Rena prefers not to be tagged in reviews to save her sanity.
She is represented by Suzie Townsend at New Leaf Literary & Media, Inc.