“How have you still not read Caraval?”

A question from as recently as January of this year. Well, it’s now June, I actually bought Legendary in hardcover before even finishing Caraval because I loved it so much (I already had it through NetGalley) and there is a final book in the series announced for next year – Finale – and… How am I going to cope for almost an entire year before I get to envelop myself in the world of Caraval again?!

If you can’t tell from that alone, I’ve fallen in love with this series. It’s magical and dark and everything I didn’t know I wanted from a series at the same time. I loved the riddles and clues throughout both of the books, and though I felt that Legendary was a little more predictable overall I still loved the reveals of secrets and plans!

Before I get carried away though… continue for a full review! 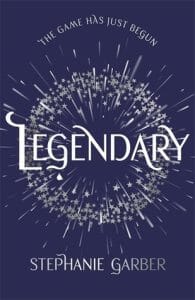 ‘A heart to protect. A debt to repay. A game to win.

After being swept up in the magical world of Caraval, Donatella Dragna has finally escaped her father and saved her sister Scarlett from a disastrous arranged marriage. The girls should be celebrating, but Tella isn’t yet free. She made a desperate bargain with a mysterious criminal, and what Tella owes him no one has ever been able to deliver: Caraval Master Legend’s true name.

The only chance of uncovering Legend’s identity is to win Caraval, so Tella throws herself into the legendary competition once more—and into the path of the murderous heir to the throne, a doomed love story, and a web of secrets…including her sister’s. Caraval has always demanded bravery, cunning, and sacrifice. But now the game is asking for more. If Tella can’t fulfill her bargain and deliver Legend’s name, she’ll lose everything she cares about—maybe even her life. But if she wins, Legend and Caraval will be destroyed forever.

Welcome, welcome to Caraval…the games have only just begun.‘

For the purposes of this review, I’m going to assume you’re reading it if you’ve already read Caraval. In all honestly, Legendary can probably be read without reading the first in the series – as it’s a different sister’s perspective and Garber explains the events of the first book throughout – but please do not take that as an excuse because both are spectacular and magical.

Legendary shows us Donatella’s perspective as, this time round, she’s the one playing Legend’s infamous game. I adored her part in the ending to Caraval, when we had a glimpse into just how smart and brave she is, so I’m grateful that the whole book is from her point of view. She’s definitely one of the most interesting, multi-faceted characters I’ve read too – not quite good, but definitely not bad.

The whole story centres on Tella needing to win Caraval in order to find her long-lost mother. We see more of one of Legend’s players, Dante, as he’s trying to help Tella throughout. First up, we’re told from the beginning that it’s not just a game anymore, and a lot of additional lore is added into the mix (including another main character, which I’ll get to soon). But Dante. Dante is a smirking, tattooed, mysterious and funny character and his times with Tella were either heartbreaking adorable or the funniest parts of the book (I quite like Dante, in case that isn’t obvious).

Now, for the newbie, we’re introduced to Jacks who’s basically a cold-hearted, power hungry heir to the Elantine Empire. He’s definitely the villainous type, but at the same time I couldn’t help but like him a little? His head-to-heads with Tella were quick and sometimes also quite funny. There’s so much depth to his character too, Garber did a marvellous job at introducing him in the sequel but having him be as strong of a character as other main characters.

We don’t see as much of Scarlett and Julian in the book owing to the change in POV, but the bits we did see were pretty interesting. I probably would have missed them a lot but I loved Tella’s character, and I guess I got so engrossed in her side of the story that I didn’t really wonder about them as much. Scarlett develops a little through the book, she’s much braver following the events of Caraval and a part of me felt super proud of her by the end of Legendary.

When I read Caraval, I was excited for Legendary… but I didn’t imagine I’d love it even more than Caraval. And yet… here I am. I can’t wait for Finale.

We find out who Legend is, finally! And honestly I think I fell in love with him throughout reading… 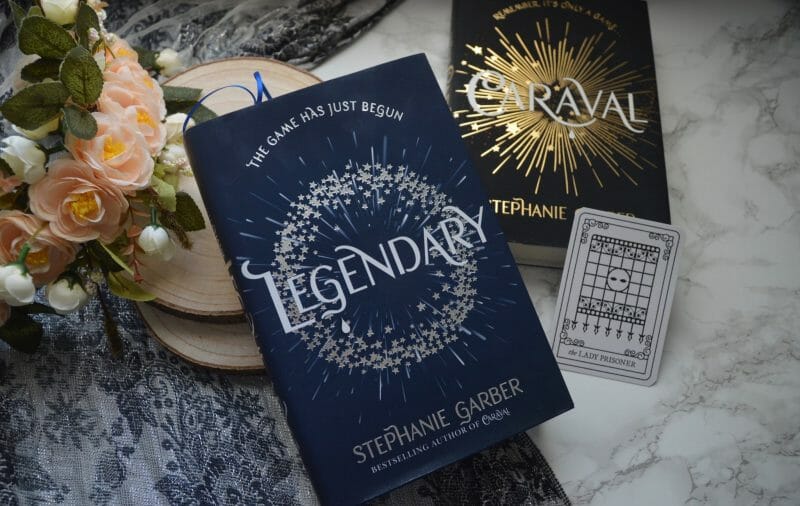