Strange the Dreamer is a series I’d been wanting to read for a while now, but I hadn’t been able to pick it up because I was terrified it wouldn’t live up to the hype. When I got an email asking if I wanted to be on the blog tour I jumped at the chance though and well, basically I had nothing to worry about.

In the last couple of weeks of March I devoured the first and second book, it was all I could think about and all I wanted to do was read it (work, unfortunately, hindered my time with the latter).

Strange the Dreamer introduces us to this magical world built by Laini, but its follow up Muse of Nightmares makes this remarkable setting even more fantastical and I need more from it already and I’m praying for more. Anyway, more detailed review below! 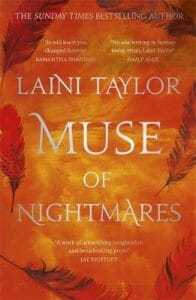 Title: Muse of Nightmares
Series: Strange the Dreamer #2
Author: Laini Taylor
Publisher: Hodder & Stoughton
Release Date: 4th April 2019
Pages: 528
Source: Paperback gifted to me from the publisher (this in no way affects my review which is honest and unbiased)
Rating:

‘In the wake of tragedy, neither Lazlo nor Sarai are who they were before. One a god, the other a ghost, they struggle to grasp the new boundaries of their selves as dark-minded Minya holds them hostage, intent on vengeance against Weep.

Lazlo faces an unthinkable choice–save the woman he loves, or everyone else?–while Sarai feels more helpless than ever. But is she? Sometimes, only the direst need can teach us our own depths, and Sarai, the muse of nightmares, has not yet discovered what she’s capable of.

As humans and godspawn reel in the aftermath of the citadel’s near fall, a new foe shatters their fragile hopes, and the mysteries of the Mesarthim are resurrected: Where did the gods come from, and why? What was done with thousands of children born in the citadel nursery? And most important of all, as forgotten doors are opened and new worlds revealed: Must heroes always slay monsters, or is it possible to save them instead?

Love and hate, revenge and redemption, destruction and salvation all clash in this gorgeous sequel to the international bestseller, Strange the Dreamer.‘

Muse of Nightmares is honestly one of the most entrancing books I’ve ever read. Where Strange introduced us to a new world, Muse introduces to an entire universe of possibility.

First up, I want to note that you could read Muse without having read Strange if you wanted to. Because Taylor does an excellent job of retelling the main events in Strange. But I’d recommend reading both purely because you won’t be able to stop yourself from falling in love with pretty much every character, and both the writing and story in each is perfect.

Muse develops all of its characters so well following on from the events of the first book, alongside introducing a few entirely new characters which are incredibly well-written, you’ll feel like they were there the whole time. Lazlo and Sarai’s love story is further advanced too but whereas Strange was more focused on Lazlo, Muse is definitely more focused around Sarai. As much as I love Lazlo, this emphasis on Sarai definitely increased my love for Muse because she’s such a great character – I love the arc of her learning to emphasise with the people of Weep. Following the events of the first book, both of them are now together in the citadel and it heightens all of the good as well as the bad. If you read Strange and was hoping that Muse would conclude their love story in a beautiful way then you’re definitely in luck.

Thyon is probably one of my favourite characters owing to his development alone. Where at first he was this unlikeable, self-entitled princely character he ends up being more humbled and I really can’t stress how much I’d like to see what happens to him after!

Minya is hands down my absolute favourite character. She’s basically portrayed for most of the first book as a pure evil child with a lot of hate, but her development in Muse is just perfect. She’s one of the most fleshed-out characters and, like with Thyon, you’ll have to do another complete 180 on your opinions of her.

There’s also the side story of ‘Koraandnova’ and honestly this had me hooked from the start of the tale. I really wanted to know more and Taylor really instills that in the reader, giving you a little more information about the sisters each time they have a chapter. Their story really shines through and the love between these two sisters is so heart breaking. The whole book is told from alternating perspectives and the main sides we see are those of the children, Nova and Thyon. The story flows so well though, it’s a perfect weaving of words and worlds throughout.

The ending is deliciously open-ended, aside from we finally find out Weep’s true name! I know this is a duology but it seems to hint to more stories from the world which makes sense because Taylor has pretty much created a whole universe in this series! Basically, I love Taylor’s characters, writing, world-building and story telling. I haven’t read her Daughter of Smoke and Bone series yet but having read this duology I will 100% be picking that up as soon as possible! 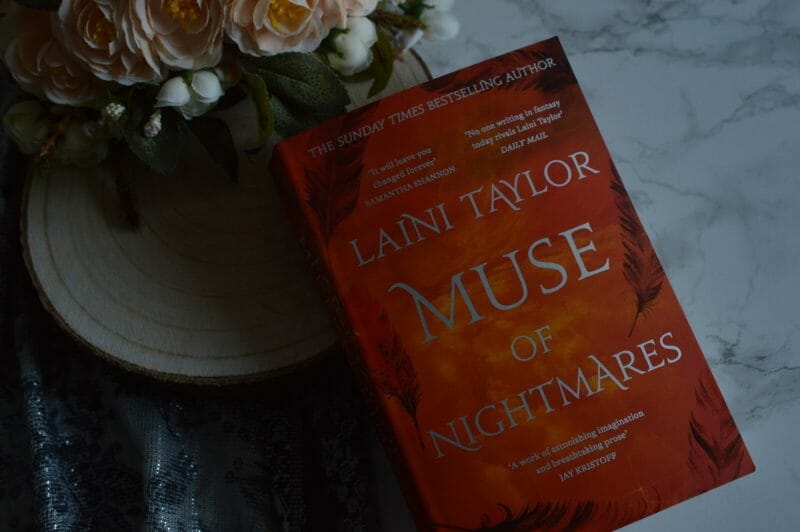 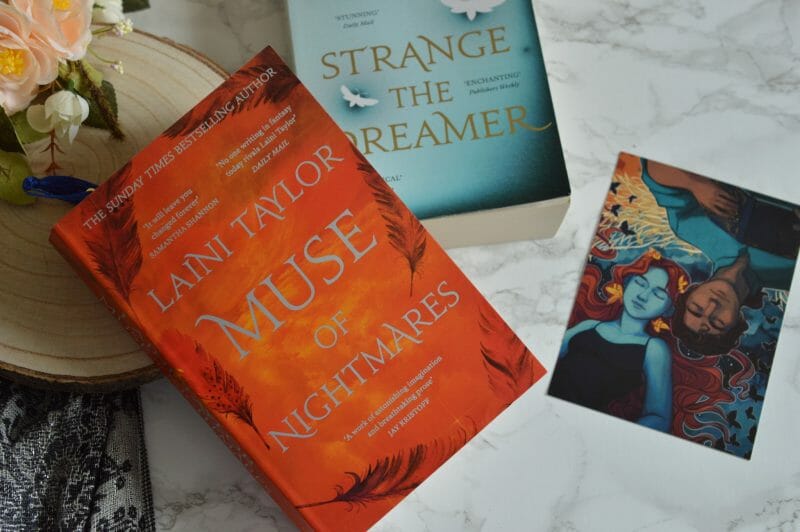 Check out the other stops on the tour for some awesome reviews! (You’re lucky, you can binge-read them all since this is the last stop!) 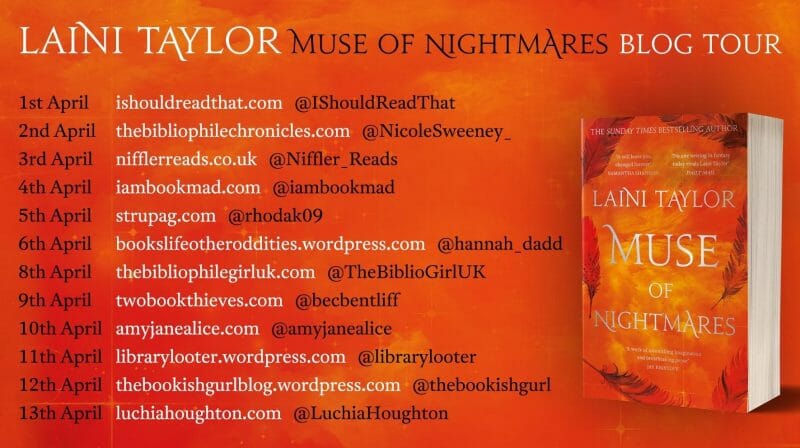