I loved The Last Namsara, and at the time I thought that love was for the dragons more than anything else but after reading The Caged Queen, I’ve realised I’m just in love with how Kristen created this world and her way of story-telling.

The Caged Queen might have some characters in from Iskari #1, but it completely stands on its own spine as a companion novel with its own separate, beautiful story to tell. 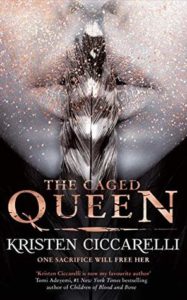 Title: The Caged Queen
Author: Kristen Ciccarelli
Series: Iskari #2
Publisher: Gollancz
Release Date: 27th September 2018
Pages: 379
Source: Physical hardcover US edition purchased and eARC from the UK publisher on NetGalley (this in no way affects my review which is honest and unbiased)
Rating:

‘What would you sacrifice for love?

Roa and her sister, Essie, were born with a bond so strong that it forged them together forever. It was a magic they cherished – until the terrible day Essie died and her soul was trapped in this world.

Dax, the heir to the throne of Firgaard, was responsible. Roa swore she would never forgive him – yet when he came begging for her help to dethrone his cruel father, Roa made him a deal. She’d give him the army he needed if he made her queen.

Now she is royalty, but an outlander; far from home and married to her enemy. And even after everything she has sacrificed, Dax’s promises have gone unfulfilled. Roa’s people still suffer.

Then a chance to right every wrong arises – an opportunity for Roa to rid herself of this enemy king and rescue her beloved sister. During the Relinquishing, when the spirits of the dead are said to return, Roa can reclaim her sister’s soul for good.

When I read The Last Namsara, I was pretty sure it would be a favourite owing to the dragons alone. What I wasn’t aware of is that I’d fall head over heels for Kristen’s way of storytelling. As with The Last Namsara, The Caged Queen also brings in chapters of our main character’s background, along with some which are more like folk tales.

It’s beautiful and chapter-by-chapter you bond with this protagonist, Roa, more and more. Roa is a character we met in the first book, a “Scrublander” who helps to get Dax on the throne. It’s a companion novel so you don’t necessarily need to read the first, but I wholeheartedly recommend you do for the sake of getting to love the characters! She was headstrong and determined in The Last Namsara and we see more and more of that in The Caged Queen.

Ultimately, this story is brilliant if you’re a fan of character development. Roa might be an awesome woman in the sense she’s putting her people’s happiness before her own, but the story starts with her being so closed to the world that she can’t see what’s obvious to those closest to her.

Essie is a great side character both as a hawk and through flashbacks, her connection to Roa (called the hum) is one I’d imagine most twins might be able to relate to and just… I didn’t want anything bad to happen to her, her care for Roa is so blatant to see and it’s just an all-round beautiful bond that they share.

Now Dax, pretty much the secondary character to the story. I love Dax, he’s just so charming and you can’t help but like him. If I say more though I am at major risk of being in spoiler-territory but just read this book and find out more about him for yourself? Like please.

We also have a character called Theo… his character arc is a strange one because at first I liked him, then didn’t, then I did again.

One person I hated from the beginning though is pretty much the villain – Beka. She’s like an evil queen kind of character and honestly, it’s impossible to like her. For anything. She’s just pure evil.

It’s also a story of grief. Roa’s twin sister, Essie, died in an accident eight years’ previous and Roa is so determined to not let her go that her soul is stuck in the body of a hawk. And of course, it’s a story of love but the main emphasis is on love between family and friends.

I went into this book expecting to like it but not love it as much as The Last Namsara (literally just because of the lack of dragons) but this world is so much more than dragons and stories. It’s got magic in and places so well-described by Kristen that you feel like you’re there yourself. In essence, I’ve had to readjust how I view The Last Namsara from reading this — it isn’t the presence of dragons through which makes it a great read but instead its everything Kristen puts into it.

So, again, I did love it. And I’m so so happy that the next companion novel will be featuring Safi because she’s one of my all-time favourites! Also super happy that I’ll be meeting Kristen this month at YALC!

Real love is the strongest kind of steel. It’s blade that can be melted down, its form changed with every bang of the hammer, but to break it is a task no one is capable of. Not even Death. 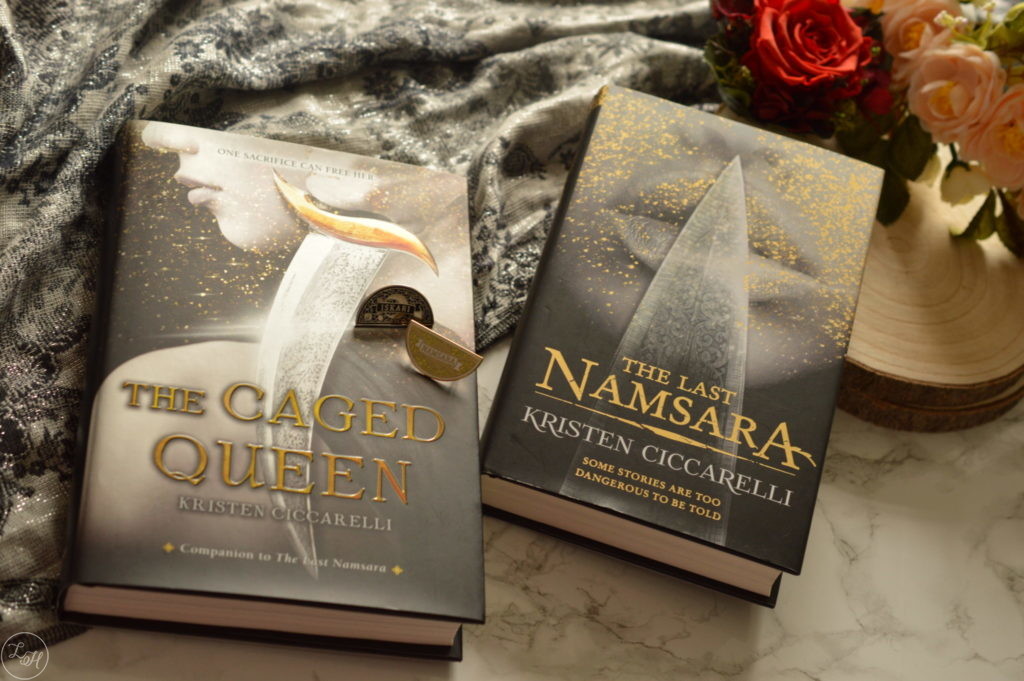 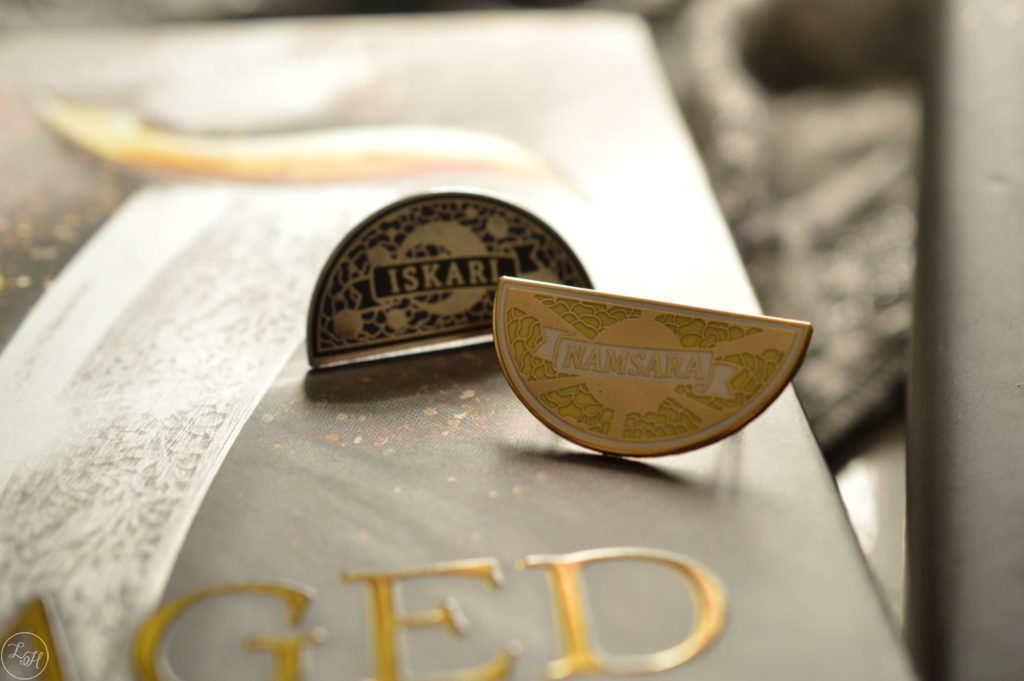 The Last Namsara pin set is from Felfire Moon Designs and available still!