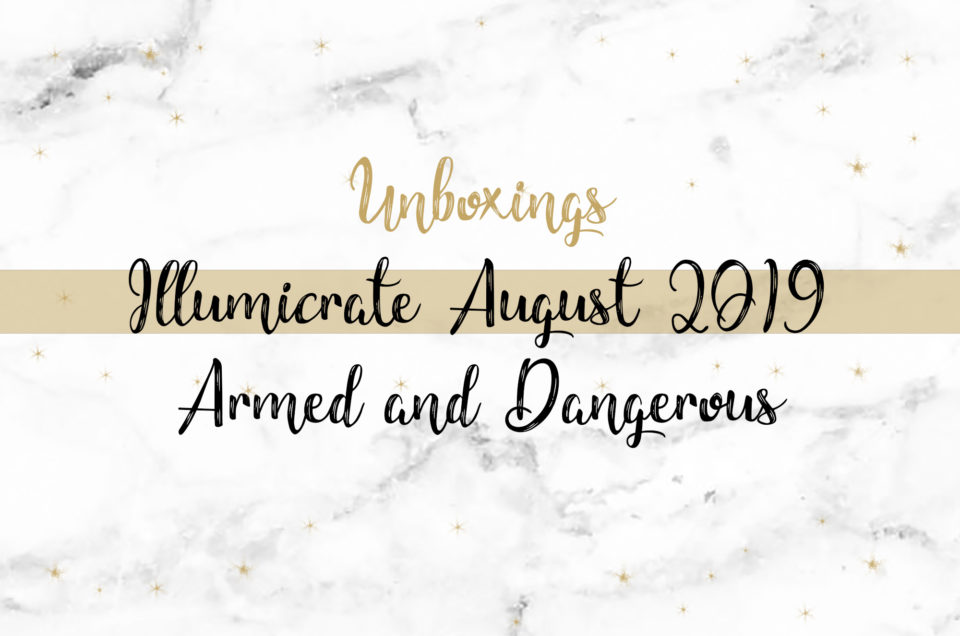 August’s Illumicrate was themed as a homage to the blade-wielders, magic-users, and potion-masters that are all armed and dangerous in their own way, including those in A Darker Shade of Magic, Red Sister, Scythe and The Dark Artifices. Honestly I think I’m mostly excited about the book included though! 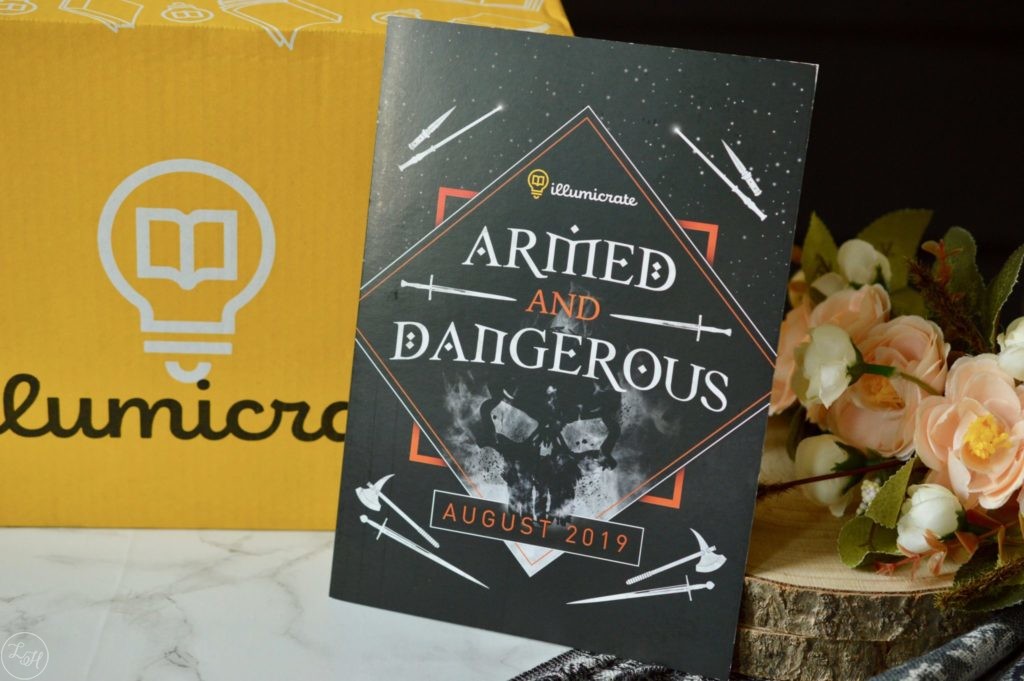 This month’s book was Gideon the Ninth by Tamsyn Muir, and I’ve heard so much good about it that I’m definitely excited! The copy is signed, with black sprayed edges and a cool design on the naked cover. Illumicrate also included traded cards based on the book which is neat. 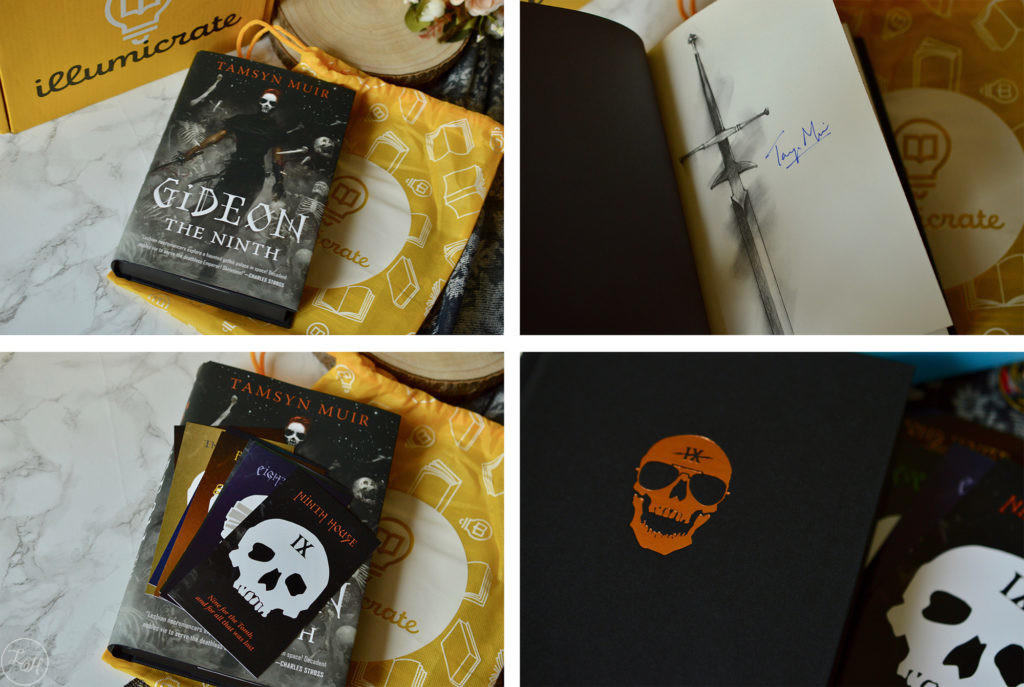 Synopsis
Gideon the Ninth is the most fun you’ll ever have with a skeleton.

Tamsyn Muir’s Gideon the Ninth unveils a solar system of swordplay, cut-throat politics, and lesbian necromancers. Her characters leap off the page, as skillfully animated as necromantic skeletons. The result is a heart-pounding epic science fantasy.

This is the second mug from @rosiethorns88 following her Cruel Prince mug in April, another awesome collectors item, inspired of course by A Darker Shade of Magic.

Created by @hellolovelyskincare, this is a cool bath and shower gel in fresh apple and it’s shimmery too! Guessing this is the Red Sister inspired item but I have no idea. 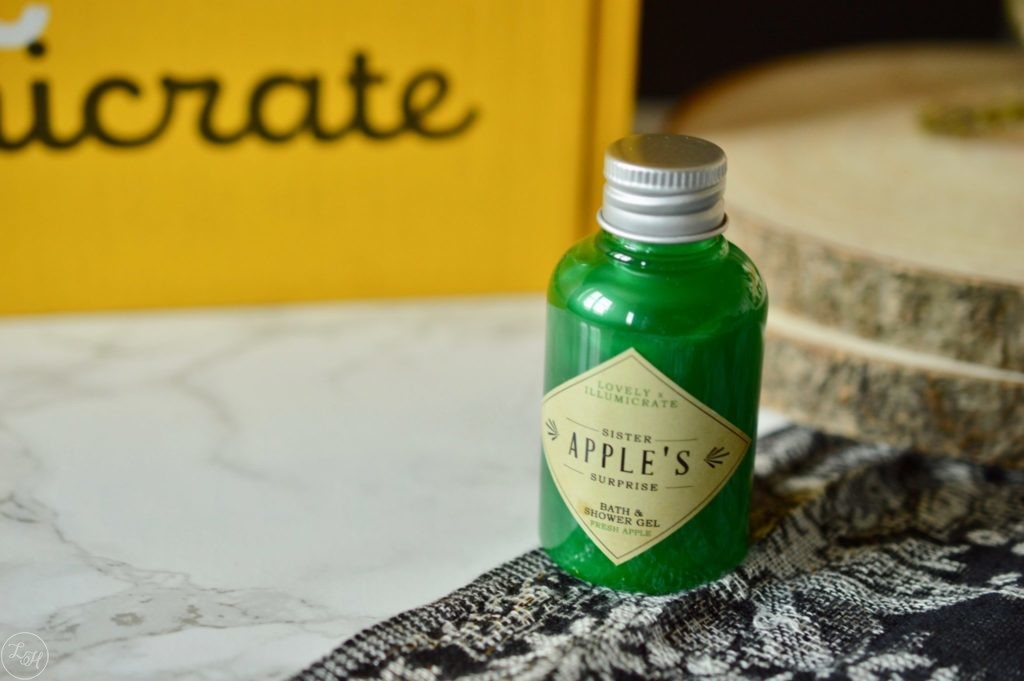 Guessing that this is the Scythe inspired item, for obvious reasons! It features the quote ‘Never lose your humanity’ and it’s a great design from @dustandpages.

Designed by @chattynora, this is a really cute little bag with wands on the front as seen. 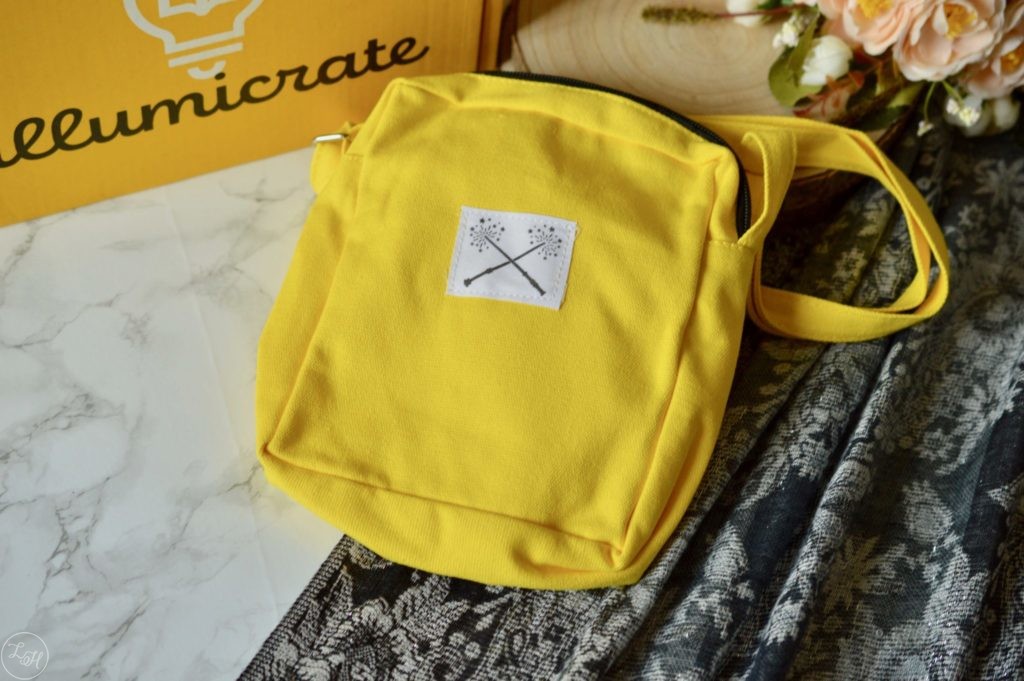 This is pretty cute in my opinion for things like lunches for work! It also comes with a metal straw which will be super useful for me with my Diet Coke addiction. 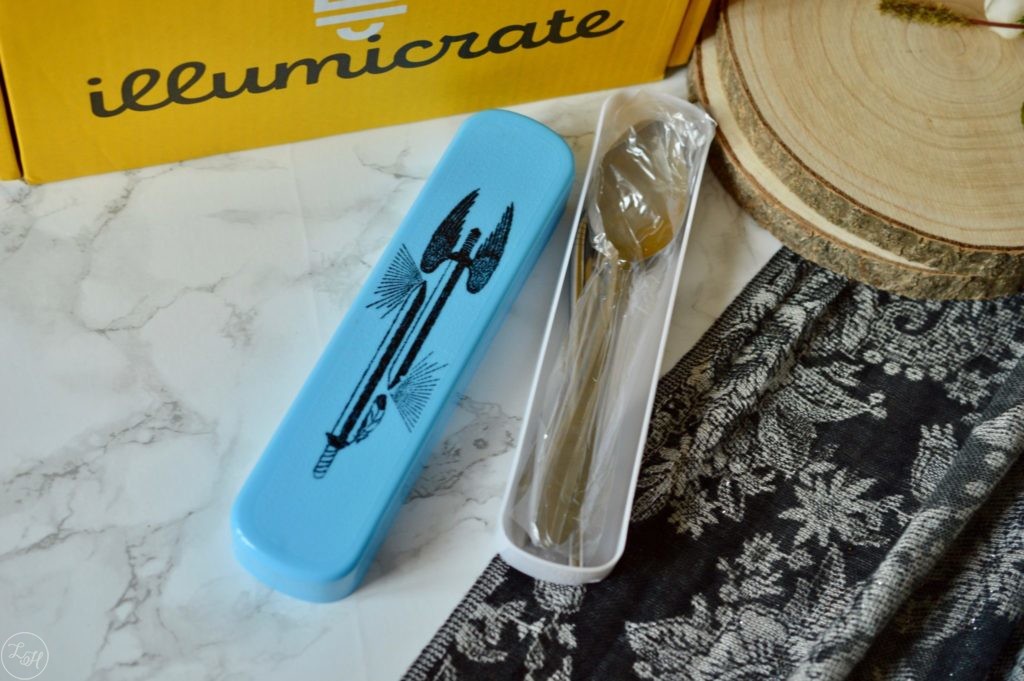 Again from @monolimeart, this month’s magnetic coin features art of Lila Bard from Shades of Magic. It’s cute again and I’ve taken to putting them on my bookends! 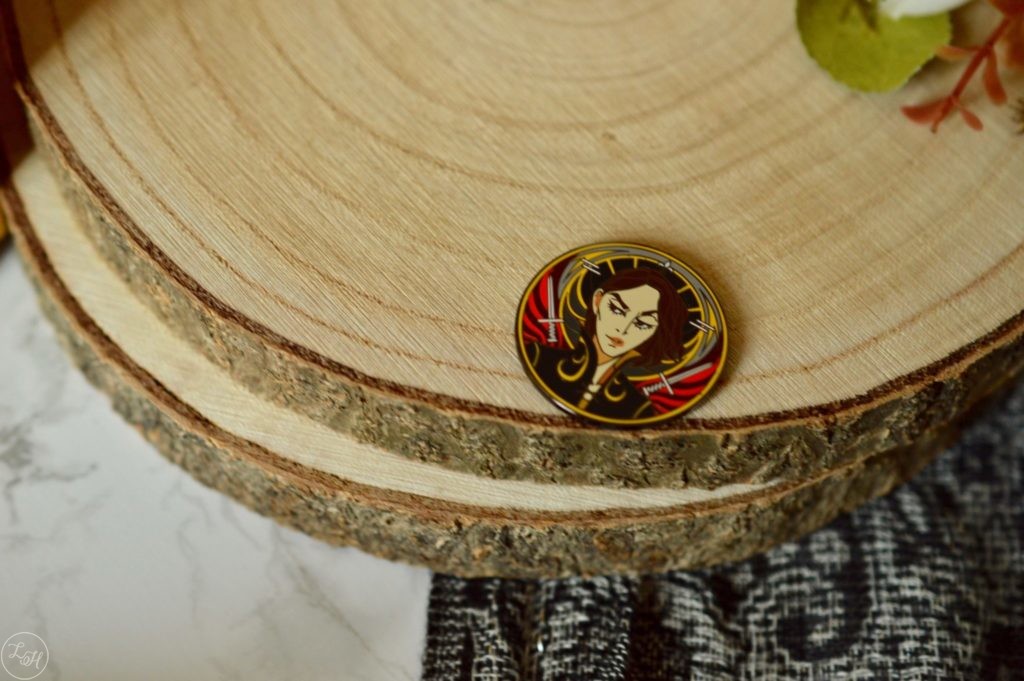 I really liked this month’s box again and I like how most of it isn’t tied to fandoms I’ve not read too, like even the inspired items mostly aren’t too obviously tied! Definitely excited for the book with the hype around it also. 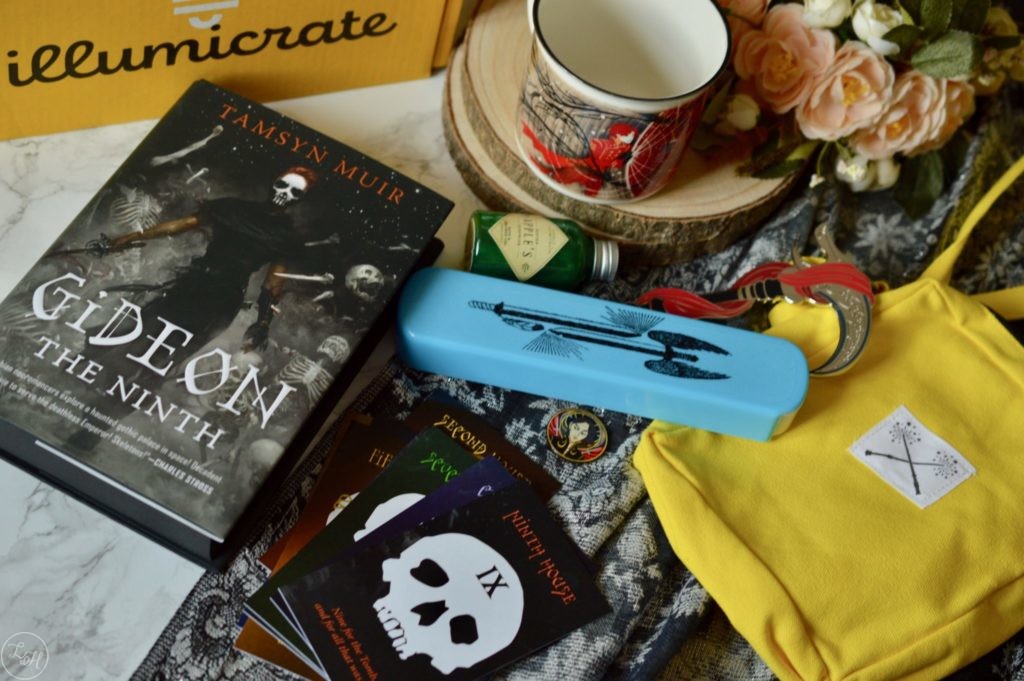 ‘We’re so excited to announce our September theme is HIGH STAKES! Do you love those books where characters must keep the world from ending, or take part in an impossible quest, or survive a dangerous undercover mission without detection? This is the theme for you!
Our book for September is a gorgeous debut with rich world-building and captivating writing. With local children vanishing, one girl makes the ultimate sacrifice to save them…only to discover things are much worse than she could ever have anticipated. With enemies at every turn, and the fate of the entire kingdom in her hands, we found this book completely impossible to put down! Our Illumicrate edition will feature exclusive STENCILLED SPRAYED EDGES and is signed by the author!
The items will be inspired by Children of Blood and Bone, Carry On, An Ember in the Ashes, Good Omens and more! As ever we’ll be featuring gorgeously designed and useful items including an item we’ve never done before but have wanted to put in a box for AGES!’

I’m excited for this box partly because I’ll have read the book already, for once! I’m so excited to see what the stencilled sprayed edges will look like also. I loved the Good Omens TV show too so that’s another item I’m definitely looking forward to seeing!