Holy hell this book was awesome. I started reading on Friday night and I’d finished it by Sunday but I kind of wish I hadn’t because how am I supposed to wait for the next one now?! Anyway full review below as per (I’ll be posting reviews regularly again now too). 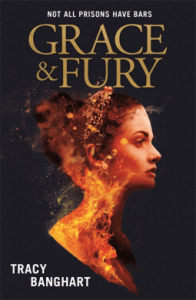 ‘Bold, brutal and beautiful, this is a must-read with the glitter and romance of The Selection and the thrilling action and intrigue of Red Queen.

In a world where women have no rights, sisters Serina and Nomi face two very different fates: one in the palace, the other on an island prison where women must fight to survive.

Serina has spent her whole life preparing to become a Grace – selected to stand by the heir to the throne as a shining example of the perfect woman.

But her headstrong and rebellious younger sister has a dangerous secret, and one wrong move could cost both sisters everything.

Can Serina fight? And will Nomi win?’

Grace and Fury focuses around the lives of two sisters, both very different in terms of personalities at the beginning of the story, in a world where women have barely any rights and aren’t even allowed to learn how to read.

The two main characters, sisters Serina and Nomi, are whose perspectives the story is told from and they seem like polar opposites from the beginning. Serina has been raised to become a ‘Grace’, which is sort of like a wife a royalty (except the Superior can have as many Graces as he wants, since women don’t have any rights in this world). Serina accepts things and just wants to become a Grace to the Heir because she believes that’s the only way for her family to have a better life.

She also wants to become a Grace for the sake of her sister, so that she can stay by her side as her Handmaiden. Nomi is strong-willed and essentially a feminist in a world ruled by men. She doesn’t accept the way things are, even to the point where she takes risks that she shouldn’t. There’s a huge twist very early though, which leads to both characters being in dangerous worlds that they aren’t used to. Serina especially has a lot of character development and I adore the woman that she grew into by the end of the book.

Other than the two main characters, the Heir (Malachi) was probably one of my favourite characters. He seems cold at first but I found myself hoping there was more to him. It’s very difficult to say more because I don’t want to ruin any of this book, it’s just such a great read and the twists really make it a thrilling read.

I very recently read Red Queen for the first time, and I can definitely see why fans of the series would like Grace and Fury too! It’s another story about rebelling against the unjust and I absolutely loved the way that Tracy wrote it from the perspectives of two very different sisters. I guess in that respect too it’ll appeal to fans of Caraval also.

This is one of those books I would have 100% had to order in hardcover after reading, but I was actually lucky enough to have already gained a copy through my FairyLoot subscription! I can’t wait to find out what’s next for the sisters though, and I really do think that this a series every reader who loves a rebellion story should take a look at! 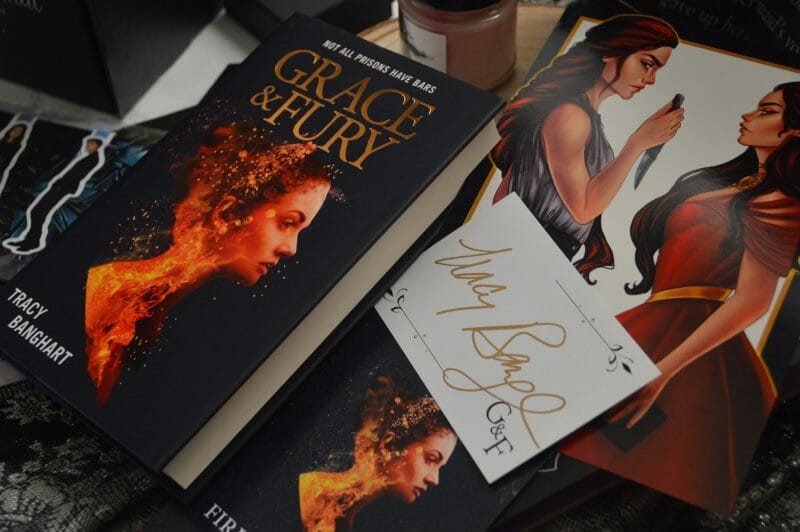