Saturday 21st July saw another Northern YA Literary Festival event, this time a ‘spin-off’ event for the Supernatural and Fantastical! As with the annual event back in March, the day was full of bookish things, panels, and signings which was awesome again.

The first panel of the day was for the ‘Fantastical’ part of the event, with authors: Taran Matharu, Sally Green, Alexandra Christo and Melinda Salisbury. This was definitely my favourite panel because out of fantasy and supernatural I’m definitely more of a fantasy fan, and I absolutely loved Taran’s The Outcast and Alexandra’s To Kill a Kingdom so yeah, I guess you could say I was definitely the most excited for that panel! The panel was led by Melinda and questions were around the difficulties faced when writing fantasy, alongside each of the influences. 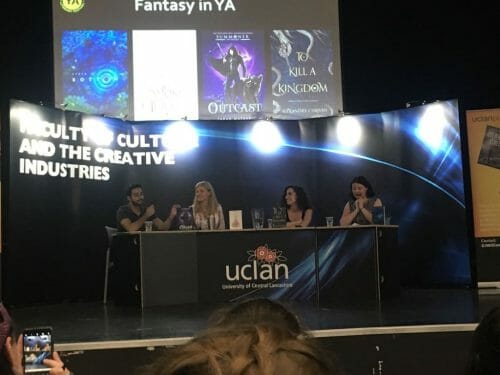 The ‘Supernatural’ panel consisted of authors: A.J. Hartley, Melvin Burgess, David Owen and Sally Green (who was standing in for Marcus Sedgewick as he couldn’t make the event). The panel was led by David and there was some emphasis on whether or not authors believed in what they wrote about. Surprisingly, none of the authors really seemed to believe in the supernatural which shocked me a little, but probably only because I’m around a 90% believer in ghosts. 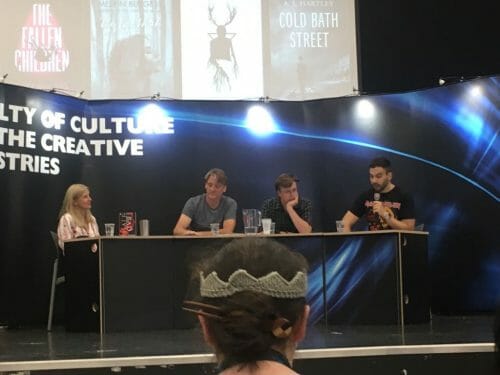 This was pretty much practice for YALC for me in terms of carrying books to be signed (and I still wasn’t prepared but hey, I tried) anyway these are the books I came away with! Whilst I was there I bought The Smoke Thieves, The Monsters We Deserve, the final two books for Taran’s Summoner series (Book 2 and 3) and Cold Bath Street. All are now signed thanks to this event (with the exception of course to The Monsters We Deserve as Marcus Sedgwick couldn’t make it) and I’m especially happy to have been able to get The Outcast and To Kill a Kingdom signed! 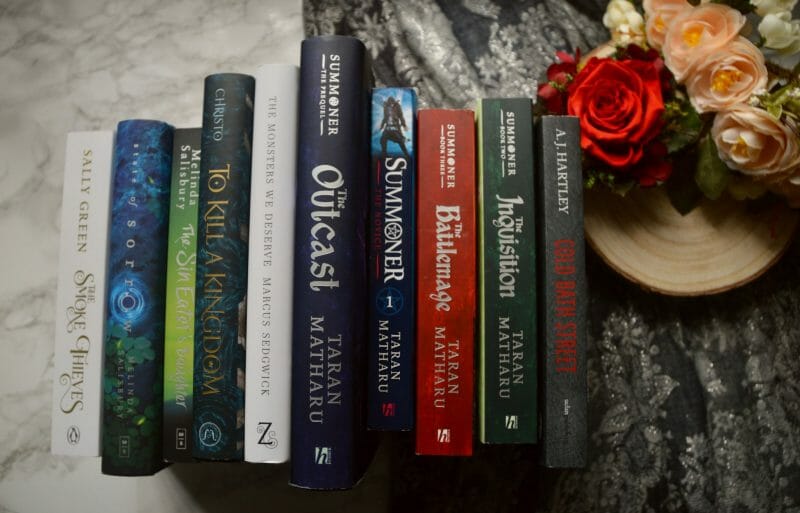 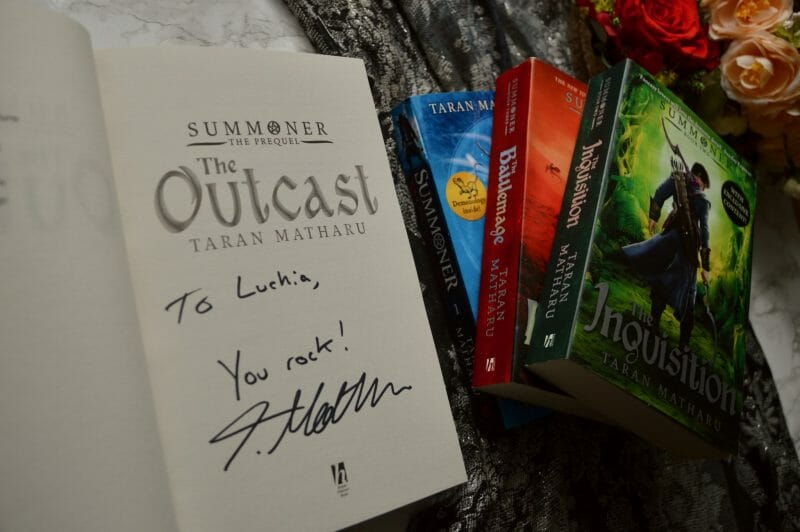 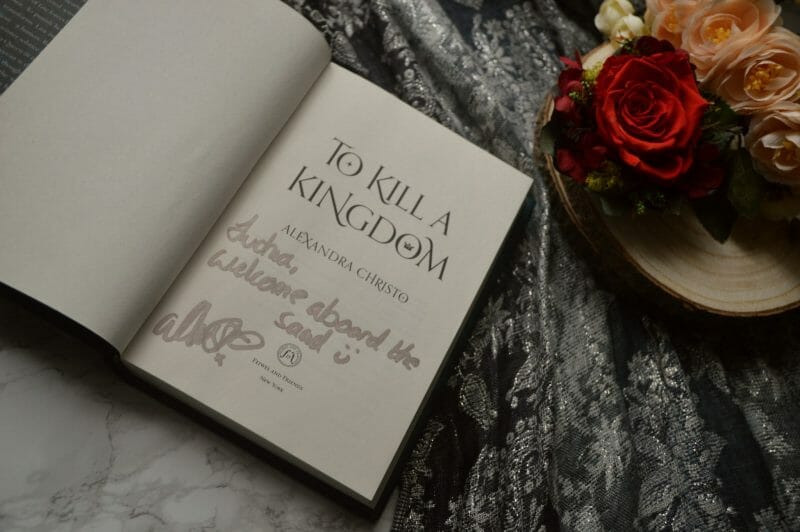 On entry we were given a cute little Northern YA Literary Festival tote bag with a few goodies in and an ARC. I loved the whole thing but my absolute favourite thing was the ARC of The Boneless Mercies by April Genevieve Tucholke (and side-note, HOW GORGEOUS IS THIS PROOF?). I’m definitely excited to read this and I’ll be taking it away with me on holiday this week! 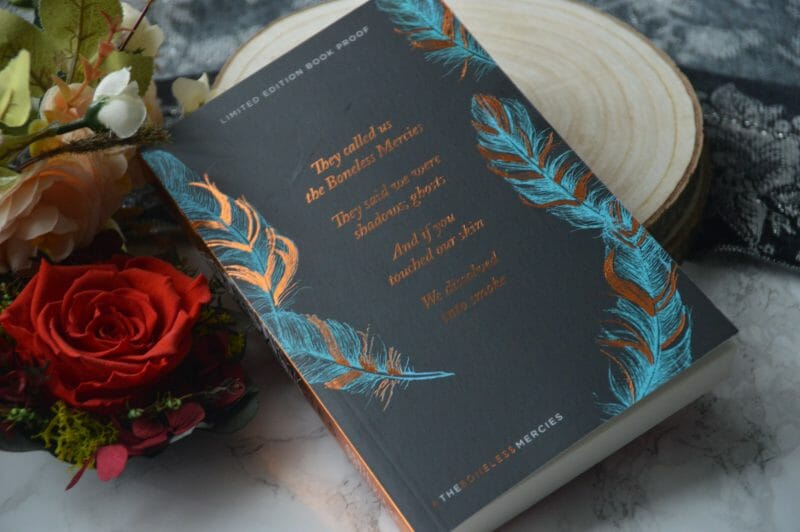 If you were unable to attend the events this year, the Northern YA Literary Festival will be returning on 16th March 2019! Honestly, I’m excited already.