Hey everyone! On the off-chance that anyone is after sci-fi-fantasy-hybrid story with a fantastic focus on character development and based off a culture which isn’t commonly represented in books, Mirage is most definitely the book you’re after. I reviewed this as part of the FFBC’s blog tour and so major thank you to them for approving me for another tour and you should definitely check out the rest of the stops for more insight into this beautiful world created by Somaiya. 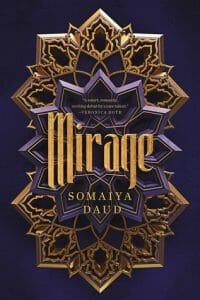 ‘In a star system dominated by the brutal Vathek empire, eighteen-year-old Amani is a dreamer. She dreams of what life was like before the occupation; she dreams of writing poetry like the old-world poems she adores; she dreams of receiving a sign from Dihya that one day, she, too, will have adventure, and travel beyond her isolated moon.

But when adventure comes for Amani, it is not what she expects: she is kidnapped by the regime and taken in secret to the royal palace, where she discovers that she is nearly identical to the cruel half-Vathek Princess Maram. The princess is so hated by her conquered people that she requires a body double, someone to appear in public as Maram, ready to die in her place.

As Amani is forced into her new role, she can’t help but enjoy the palace’s beauty—and her time with the princess’ fiancé, Idris. But the glitter of the royal court belies a world of violence and fear. If Amani ever wishes to see her family again, she must play the princess to perfection…because one wrong move could lead to her death.‘

Mirage is an awesome sci-fi-fantasy-hybrid which will you have you gripped from start to finish. It’s set in a conquered land with rebellion and a really sweet romance subplot which will have you tearing up (most likely, I do cry easily at things though). There’s a lot of hope behind it and the main character is a strong-willed girl who is pretty awesome. The focus was most definitely on the characters’ development throughout but the world itself is a beautiful mix of Moroccan culture along with sci-fi and fantasy elements.

Characters wise, the story is from the point of view of Amani who is almost the double of half-Vathek Princess Maram. The little physical differences she had are cut away from her and it’s pretty painful to read her having her identity taken away completely. Only four people are aware of the plan for her to stand in as Maram and so she’s kept in isolation in the palace. Despite all she’s put through, she remains hopeful throughout and was such a strong character. She’s smart also, to the point where she’s able to hold herself both politically and on a personal level as Maram.

‘I was my mother’s daughter, and I would survive and endure. I would find my way back home.’

The love interest is that of Maram’s fiancé, Idris, who just so happens to be in a similar position as he’s effectively forced into being with Maram, a prisoner as Amani is though he has a higher position. His family have, for the most part, been brutally murdered by Maram’s father and in response he’s had to become careful and smarter around royalty. We see he has two sides to himself, his true self (who he shows around family and Amani) and his protected self he needs to be around everyone else in his world. His relationship with Amani develops in such a sweet way, though a part of me felt a little bad due to the fact it could upset Maram…

Maram was one of my favourite characters in terms of character development. She’s cruel, yes, but Amani breaks down a lot of her barriers to find that it’s because she feels lonely. She’s half-Vathek and half-Andalaan, feeling like she can’t belong to either. I really loved seeing her warm to Amani and I hope that the friendship could develop more in the future and she doesn’t instead become even crueler as her father is.

One minor theme throughout is poetry, particularly love poetry, and Somaiya inputs this into the story every so often in very heartfelt moments, encouraged by beautiful prose. So yeah — poetry, strong female characters, love, hope, sci-fi, fantasy, another culture I haven’t read much of before… This book was all-in-all a beautiful debut and I can’t wait to read the next in the series! 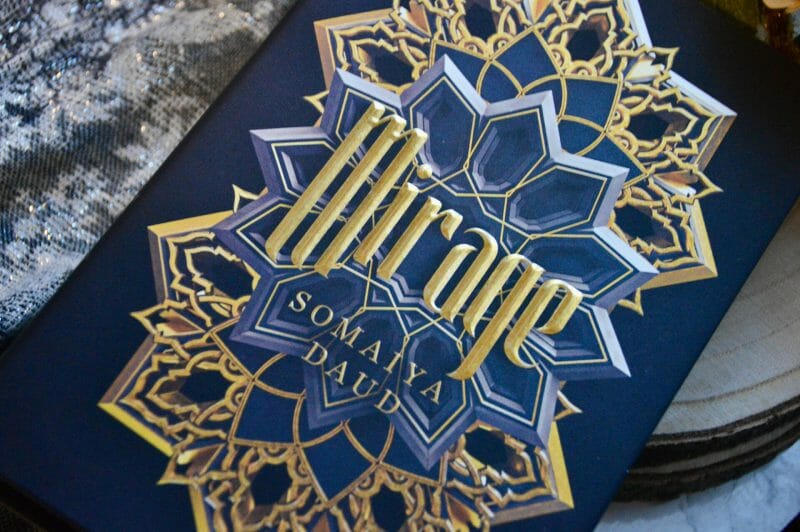 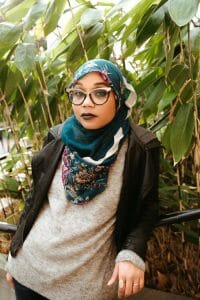 Somaiya Daud was born in a Midwestern city, and spent a large part of her childhood and adolescence moving around. Like most writers, she started when she was young and never really stopped. Her love of all things books propelled her to get a degree in English literature (specialising in the medieval and early modern), and while she worked on her Master’s degree she doubled as a bookseller at Politics and Prose in their children’s department. Determined to remain in school for as long as possible, she packed her bags in 2014 and moved the west coast to pursue a doctoral degree in English literature. Now she’s preparing to write a dissertation on Victorians, rocks, race, and the environment. Mirage is her debut, and is due from Flatiron Books in 8/28/2018.
Website | Twitter | Goodreads | Instagram