April’s Illumicrate box had items inspired by Throne of Glass, The Wicked King, Game of Thrones and Three Dark Crowns, including the first in a series of a new collectible item, featuring the artwork of @monolimeart. 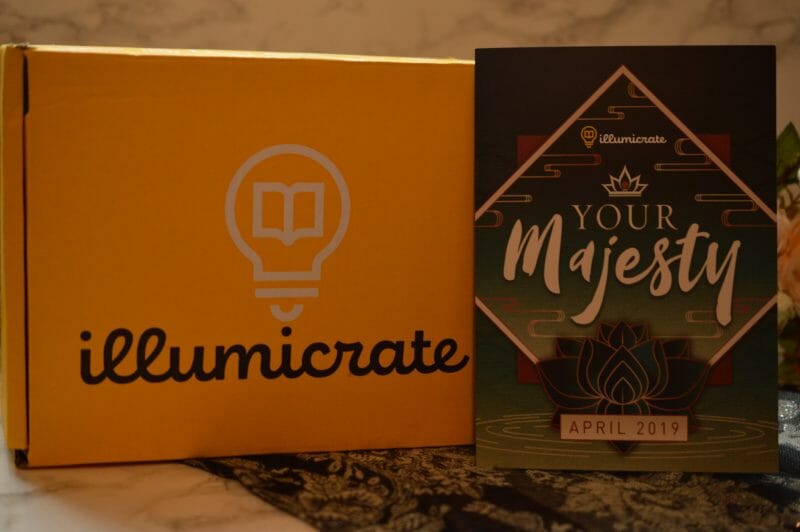 I haven’t read this month’s book as of yet – Descendant of the Crane by Joan He – so I’ll post the synopsis below but it sounds awesome. The Illumicrate edition had slight colour changes as well as gorgeous red sprayed edges, and the preorder character cards were also included which I’m a mega fan of – I hate missing out on preorder goodies purely because I know I’ll be getting a book in a box. 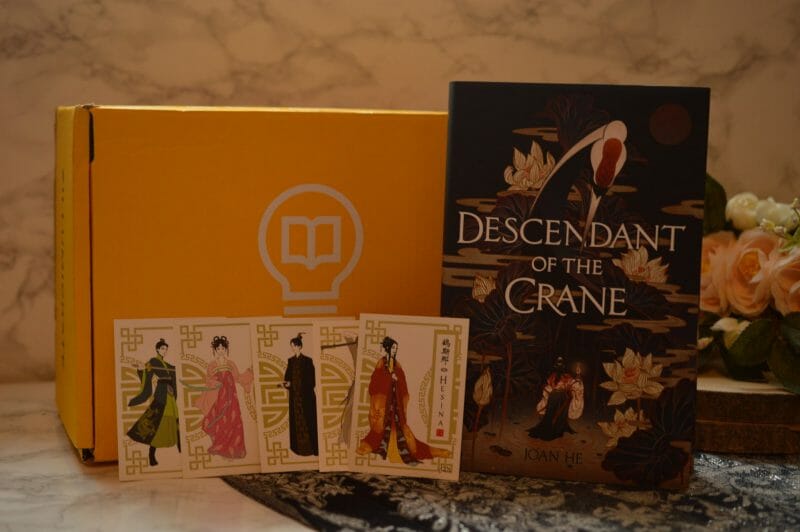 ‘Tyrants cut out hearts. Rulers sacrifice their own.

Princess Hesina of Yan has always been eager to shirk the responsibilities of the crown, but when her beloved father is murdered, she’s thrust into power, suddenly the queen of an unstable kingdom. Determined to find her father’s killer, Hesina does something desperate: she engages the aid of a soothsayer—a treasonous act, punishable by death… because in Yan, magic was outlawed centuries ago.

Using the information illicitly provided by the sooth, and uncertain if she can trust even her family, Hesina turns to Akira—a brilliant investigator who’s also a convicted criminal with secrets of his own. With the future of her kingdom at stake, can Hesina find justice for her father? Or will the cost be too high?

In this shimmering Chinese-inspired fantasy, debut author Joan He introduces a determined and vulnerable young heroine struggling to do right in a world brimming with deception.’

I absolutely adore this mug designed by @rosiethorns88 and inspired by The Wicked King! It’s from papercraft art and well, I love TWK, so I was bound to love this.

I got my first book tin in an OwlCrate box a while ago, inspired by The Cruel Prince. This tin is pretty similar with quotes and such but of another of my favourite series, Throne of Glass. It’s designed by @moledcraftco and I think it’s beautiful. 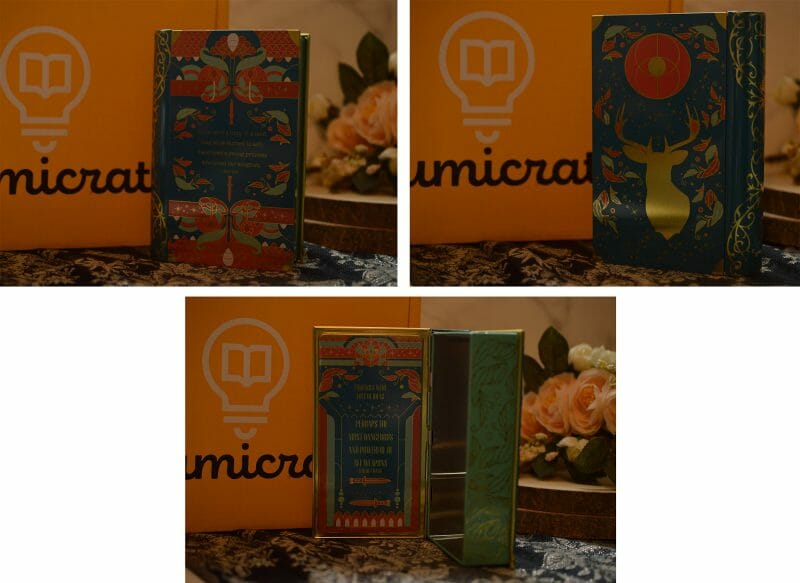 This candle from @flickerinkuk is the world’s nicest smelling candle ever, fact! It’s raspberry-scented and I’ll likely carry it around with me for the rest of my life. 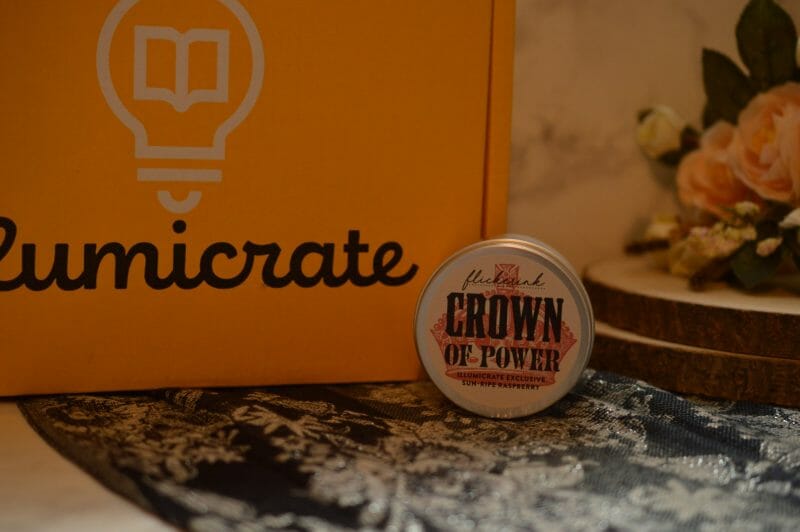 I love this phone ring based off the Iron Throne from Game of Thrones, it’s adorable. My one issue is I already have a pop socket on my phone case… So I’ll be buying a new case so that I can swap them around! This is designed by the awesome @fableandblack. 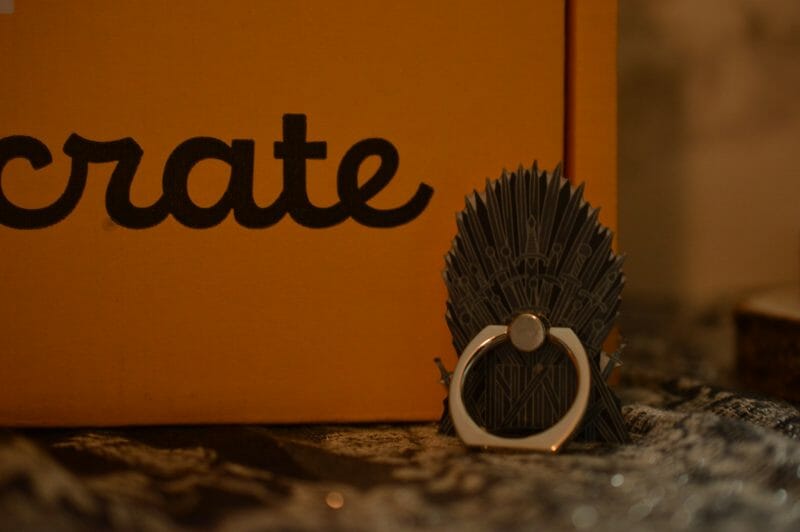 These ‘travel posters’ are designed by @pinapali and inspired by the three main centres of power in Three Dark Crowns. I love the design of these but I definitely think I need to read the series to appreciate them better! 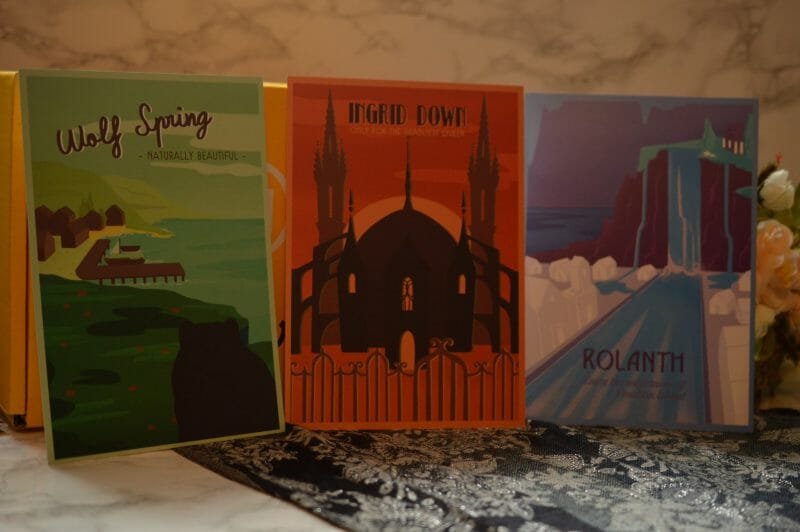 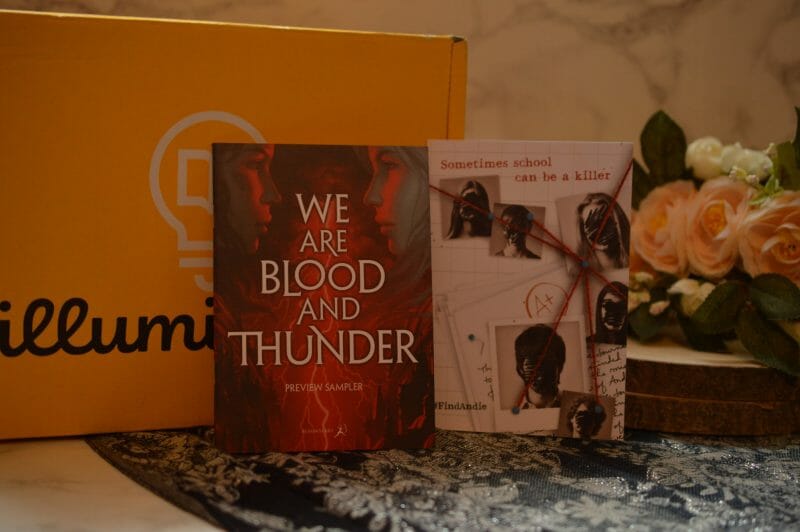 The start of Illumicrate’s new collectible series is a magnetic coin on a necklace, featuring art from @monolimeart of Rhysand from A Court of Thorns and Roses. I really love this idea, and more so because you don’t really need to get all of them. The art is awesome and I’m looking forward to seeing future items like this! 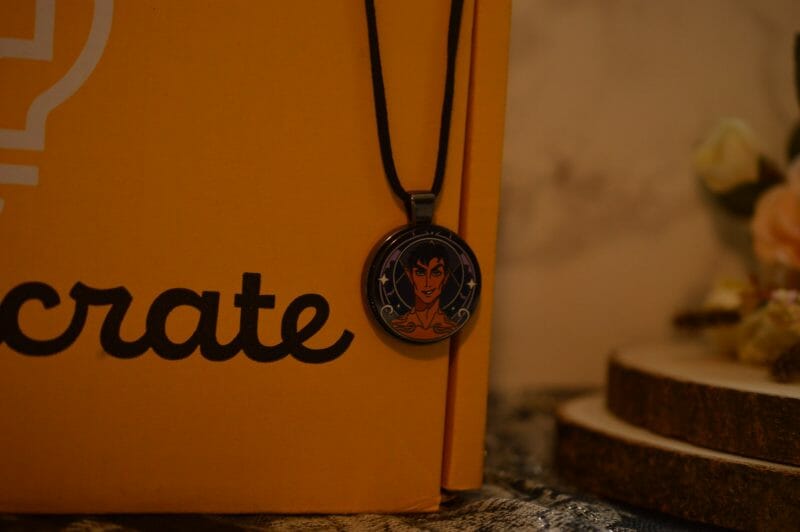 So this is my fourth Illumicrate now and I have to say it’s my favourite so far! I think it helps that I loved the majority of fandoms included but I do love how the items are more useful for myself than items which previous boxes had included. 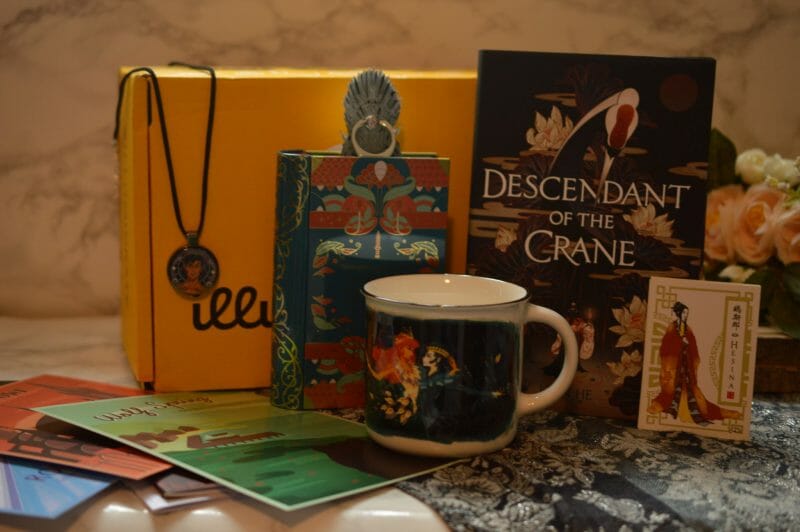 ‘Are you ready for this? The theme for May is THE FINAL FRONTIER! We’re not even going to be coy about it – the book for the month is AURORA RISING by @amiekaufmanauthor & @misterkristoff!
Our edition of the book will have a colour-changed cover (because we love @charliebowater’s stunning artwork) with matching sprayed edges! It’s absolutely stunning. The books will also be signed by both authors!
Other items in the box are inspired by The Illuminae Files, Red Rising, The Lunar Chronicles & we will also be including some brilliant Aurora Rising merch!’

So this box is 100% sold out owing to the fact that everyone is going crazy for Aurora Rising… I am no different. I’m super excited for this box in general and especially for the Aurora Rising merch! (I’m hoping for pins, personally, but I’ll take anything to go with my Illumicrate and Goldsboro edition of the book… (I have a problem.))