Hey everyone! So today’s post is my stop on the FFBC’s blog tour for the start of Taran Matharu’s new series Contender — The Chosen. I first read Taran’s work last year when I read the prequel to his first series, The Outcast, as part of the FFBC book tour for that release — I can already tell I’ll love the Contender series also! 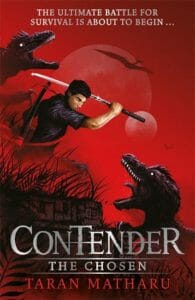 Throughout history, people have vanished with no explanation. A group of teenagers are about to discover why.
Cade is settling into a new boarding school, contemplating his future, when he finds himself transported to another realm. He soon discovers their new world is populated with lost remnants from the past: prehistoric creatures, ancient relics, and stranger still — people. Overwhelmed by his new surroundings, Cade has little time to adjust, for soon he and his fellow classmates are forced to become contenders in a brutal game, controlled by mysterious overlords.
But who are these beings and why did they choose these teens? Cade must prepare for battle . . . because hiding is not an option.’

The Chosen is a gripping YA sci-fi that’ll have you begging to find out just what the heck is going on from the very beginning. It starts off with our protagonist stranded somewhere, and we aren’t told much about how or why because not even he is aware of this. We get glimpses into what led to this though, finding out about Cade’s past. Our main character has been framed for a crime and placed in a correctional school, full of boys who are intimidating and basically not the kind of people who you’d want to stuck somewhere unfamiliar with.

Unfortunately for Cade though, he ends up stuck with some of the meanest characters from his school, along with a few of the more redeeming boys.

Cade is a great main character, he’s smart (a huge history geek — which comes in handy) and he comes a long way with his development in the story. Whereas he starts off as someone who thinks the best thing to do is lie low and not defend himself in any way, he ends up being a great leader as he gains confidence.

The world though, that’s definitely my favourite part. We’re introduced first to creatures who our characters refer to as ‘Vipers’, nasty and terrifying animals unlike anything they’ve seen before. Then we have glimpses of Roman history too. As the story progresses, Cade ends up in a caldera jungle where there are Mayan ruins, lost Chinese ships and… dinosaurs. (For those of you wondering, this was of course my favourite thing about the story). There were a few scenes which gave off serious Jurassic Park vibes and from a geeky perspective, THANK YOU Taran for referring to raptors as Deinonychus instead of Velociraptor. I loved how it was all intertwined with history though because it was done so well.

Cade gets a cute little AI following him around too, called Codex. He’s basically a flying robot who can tell historical facts and project a map, but Cade tries to make him respond more human-like so he’s relatable to him and I just really liked his character.

Codex is, however, part of the overall story. Our characters know that they’ve chosen for something called the qualifying round but that’s all they know for a long time whilst stuck in this dangerous world.

Other boys who have been chosen include Spex, Eric, Scott and Yoshi, who are the “nice” guys from the school, along with Finch, Gobbler and Jim. Finch is basically a huge bully, Gobbler would do anything to please him and Jim is kind of just doing what he thinks is best to keep his neck. We don’t get as much time with these others though because Cade is separated from them and ends up in some tricky situations, including one where he meets a Roman called Quintus. Quintus is a super sweet character and probably my favourite, he’s been in the world for a year and helps Cade even though he doesn’t have to.

Cade meets a group of girls in his travels too, who also end up helping but I don’t want to say much more because I really don’t want to spoil this awesome book for anyone!

Basically, The Chosen is a gripping story full of action and if you’re a fan of YA sci-fi I’d definitely say it’s one to pick up! The ending has me dying to find out what happens next in this series. 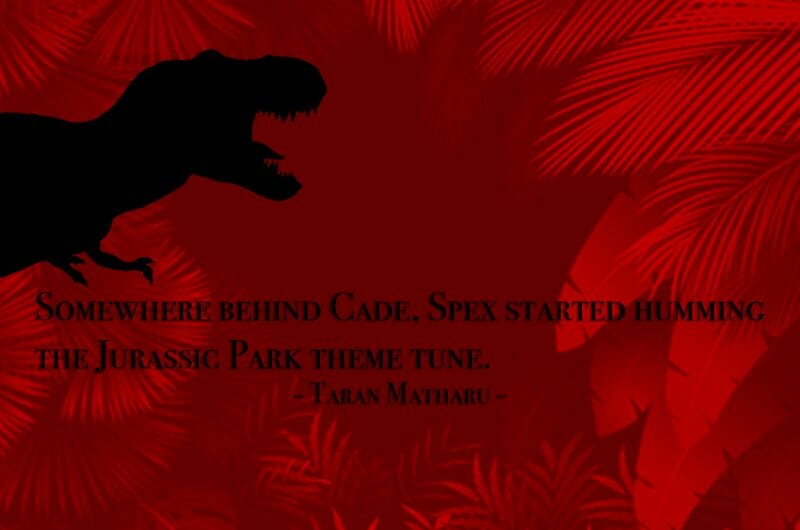 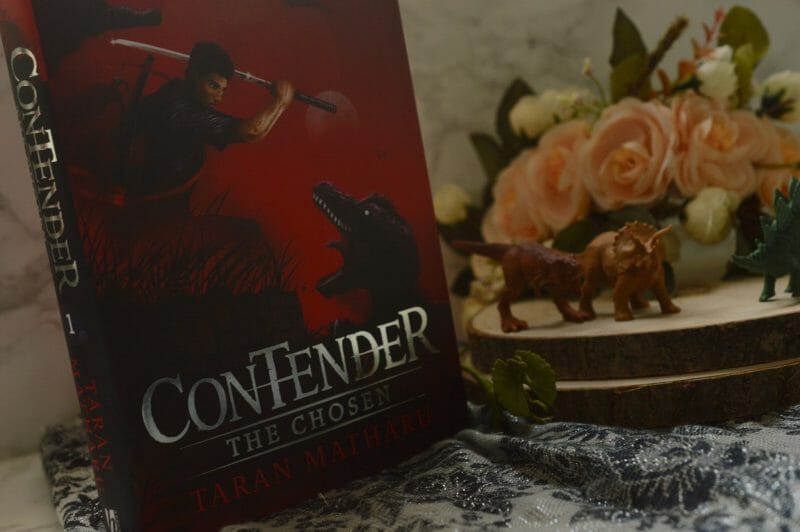 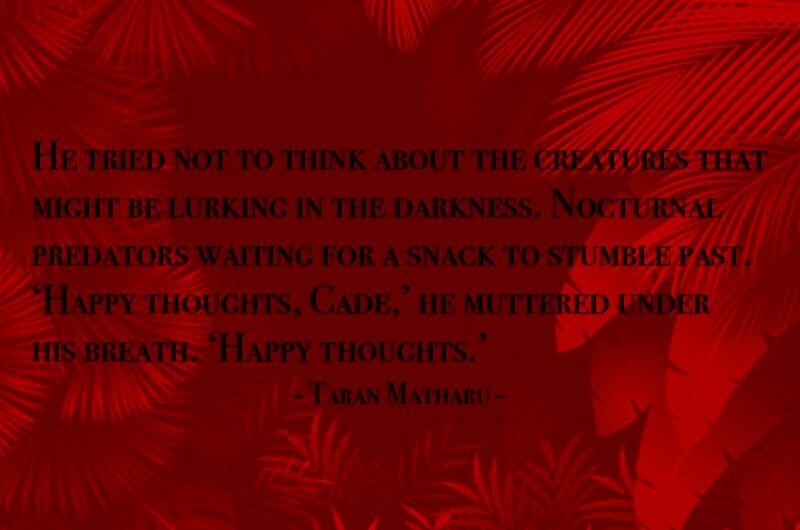 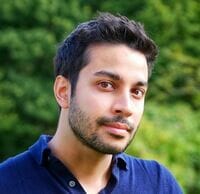 Taran Matharu is the New York Times bestselling author of the Summoner series, which has been translated into 15 languages and has sold over a million copies. He was born in London in 1990 and found a passion for writing during early adolescence, beginning his first book at 9 years old.
Straight after graduating with a First Class degree in Business Administration, Taran was keen to explore a new avenue and get inside the publishing world, landing an internship in Digital Sales at Penguin Random House, from June to September 2013.
Thereafter, while taking time off to travel, Taran began to write ‘Summoner’ in November 2013 at the age of 22, taking part in ‘Nanowrimo 2013’ and sharing his work on Wattpad.com. The shared sample of the story went viral, reaching over 3 million reads in less than six months. Taran went on to launch his professional writing career, and has never looked back.
His SUMMONER series is published by Hodder Children’s (Hachette) in the UK, Australia and Commonwealth, Feiwel and Friends (Macmillan) in the US and Canada, Hachette Jeunesse in France, Heyne in Germany, Planeta in Spain, Crown in Taiwan, Record in Brazil, EKSMO in Russia, Jaguar in Poland, Ecliptic in Bulgaria, Alpress in the Czech Republic, Ithaki in Turkey, Forlaget Forar in Denmark and Unieboek in the Netherlands.
Website | Goodreads | Twitter | Facebook | Instagram 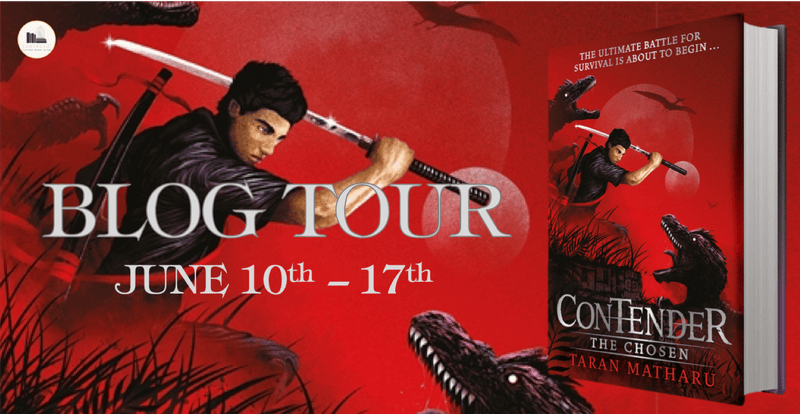