Hello and welcome to a review of one of my newest favourite books of all time.

Jade Fire Gold is June CL Tan’s debut novel and honestly, you couldn’t tell unless you knew beforehand. It is a brilliant story inspired by Chinese mythology as well as xianxia and wuxia elements.

I adored it from the start to the finish, and I’m so so grateful to Hodder for this physical proof and (most importantly) the opportunity to fall in love with this book early! 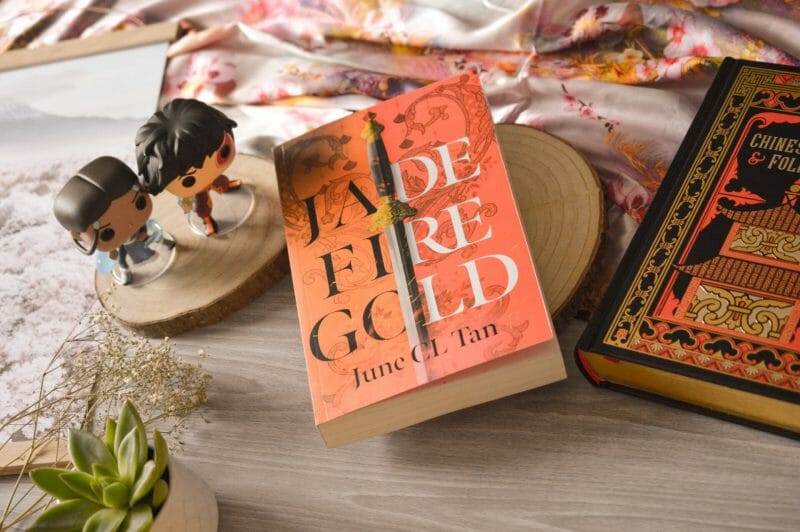 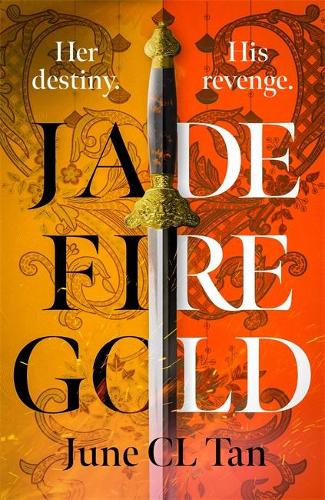 ‘Her destiny. His revenge.

Ahn is no one, with no past and no family.

Altan is a lost heir, his future stolen away as a child.

When they meet, Altan sees in Ahn a path to reclaiming the throne. Ahn sees a way to finally unlock her past and understand her lethal magical abilities.

But they may have to pay a far deadlier price than either could have imagined.

I don’t really even know where to start with this review. It was another book that I absolutely adored this year and honestly, if you’re a fan of East Asian inspired fantasies and this is, somehow, not already on your radar then please make sure it is!

I’ve seen the main romance compared to Zutara (Zuko and Katara from Avatar) and I get that, plus there’s elemental magic throughout and kind of the “chosen one” trope going on as well so if you liked Avatar, you will love Jade Fire Gold. But, Jade Fire Gold has got so much more to it.

We have our two main characters, Ahn and Altan. Both ended up lost in the desert without their parents as children but Ahn is actually an important noble family’s daughter and Altan is a lost prince. They have one of those ‘your fates are tied together’ moments and then it’s a while until they meet again. At first they’re playful and fairly flirty, then they end up being super sassy towards each other and eventually it develops into a sweet mutual caring for each other. It kind of reminded me of Eden and Maia’s relationship development in Spin the Dawn and honestly, I’m so here for it.

Side characters though, I completely understand why everyone wants Tang Wei as a wife. She is such an adorable little assassin and her relationship with Linxi is beautiful (I wouldn’t mind her for a wife either). She might as well be Altan’s adoptive sister with how they are together and their teasing of each other was just really cute. Ahn can’t help but fall for her a little too, describing her as ‘a violent, glorious roar of wind and water that turns everything upside down and leaves you standing in awe of its raw beauty.’ As far as is shown, Ahn sees her solely in a friend way so this description of another female is just so lovely to have in a book, a real breath of fresh air! This set of pals will basically appeal to every fan of found family.

For an overall quick breakdown of the characters we have:

The magic system is elemental and it really is similar in some ways to Avatar. People have affinities towards certain elements but some can master multiple elements. Ahn is kind of a supernatural creature herself, being the Life Stealer. Essentially she can take the life force out of something and Altan, for this reason, kind of wants to see her dead. (But he also still kind of likes her so there’s mega confusion for him there.)

June covers colonialism in this world too, and one thing that will stick in the minds of everyone is one specific line: ‘History is never written by its victims.‘ This is really important throughout the story as no one really seems to know the truth about their country’s past, instead they’ve been taught idealistic things in education. It’s something that will make you think, and I think that’s important for any book but especially so in a young adult book.

Family is a super important element to Jade Fire Gold too. There are reunited families and truths discovered… My absolute favourite part of it though? The emphasis on found family. And, forgiving people because you love them.

‘Mother often said I was the sun to her moon. But if she were the moon, I was the tide that ebbed and flowed with her pull.’

Linked to this, there’s a lot of light and dark/yin and yang references throughout the story. Ahn and Altan are very good examples of this and there’s also mention of a white sword and a black sword. Ultimately, though, one of the reasons why I loved Jade Fire Gold is that it goes deeper than that – pretty much every character has light and dark elements to them (though Linxi is pure light, really): Tang Wei is an assassin so, y’know, dark… but she loves fiercely and protects those around her. Morally grey characters like her and even the main two characters make Jade Fire Gold that little bit more realistic.

For me, this didn’t read like a debut novel at all. It was very fast paced in some places but I feel like that was more because I absolutely HAD to keep reading! It’s pretty rare of me to finish a book in just over a day but I genuinely had to with this story. I had to know how things panned out and I wanted to know that the main and side characters would be okay. Even still, I could vividly picture the story in each part.

I’m just so glad we have this story, but my only bad thing is that I really need a follow up. The epilogue lends itself well to another story and please please please, I need it. Give me all the stories set in this world. June has become an auto-buy author for me and I feel very good about the fact I’ll have *a few* copies of this book because I love it.

If you fell in love with Six Crimson Cranes earlier this year then I promise you’ll experience the same adoration for Jade Fire Gold. There’s so much to this wonderful world and I’ll probably be talking about it for a very long time. Also, I’ve kind of gone on a fair bit here about the book but there is so much to this story that I’m leaving out, because it’s so worth reading for yourself and experiencing the feels.

I’ve tried my hardest to put into words how much I loved this book, but it’s hard to write about the fact that I’m just so excited for people to discover it for themselves? I’m not generally someone who rereads books either, but I can definitely see myself picking up one of the finished copies to read again straight after the release! 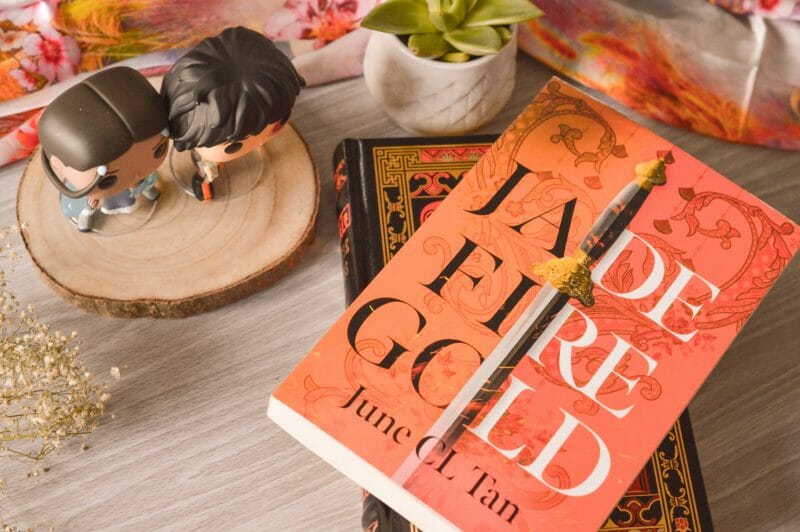 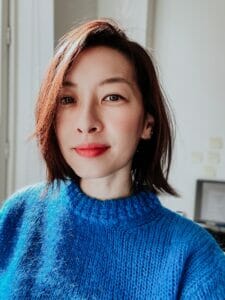 June CL Tan grew up in Singapore where she was raised on a diet of classic books and wuxia movies, caffeine and congee. She holds various degrees in communication studies, education, and film. After teaching for a few years, she took a detour into the finance industry. To no one’s surprise, she soon realized her mistake and made her escape. Now, she resides in New York City, talking to imaginary people and creating fantastical worlds under the watchful eye of her crafty cat. She enjoys telling stories that draw on both the traditional and modern to create something fresh to the eye, but familiar to the heart. Jade Fire Gold is her debut novel. 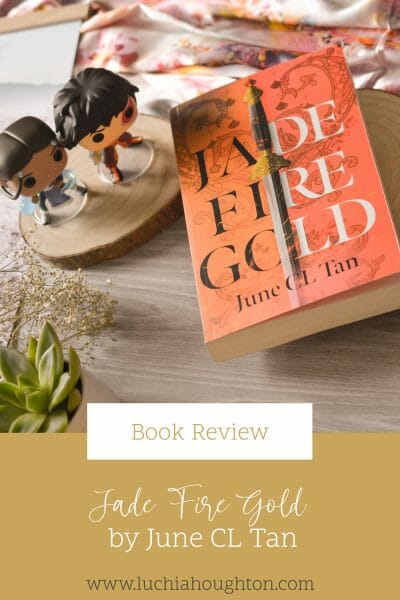 Just for fun… a little meme ♥ 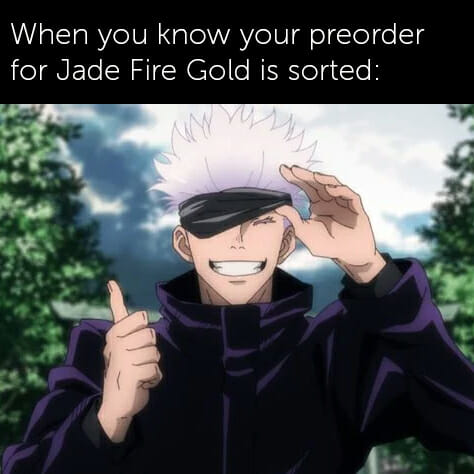