I finished reading Iron Widow a couple of weeks ago and I’ve been processing how much I loved it since then. I know I’m late to the party with this review but it’s one I absolutely needed to shout about because it’s definitely one of my favourite reads of this year!

‘Pacific Rim meets The Handmaid’s Tale in a polyamorous reimagining of China’s only female emperor‘, honestly that works so well for this story and if you aren’t already interested based off that alone then just know that it’s even better when you read it, honestly. It’s brimming with morally grey, awesome characters who you just can’t help but fall in love with and the story is just pure wow. 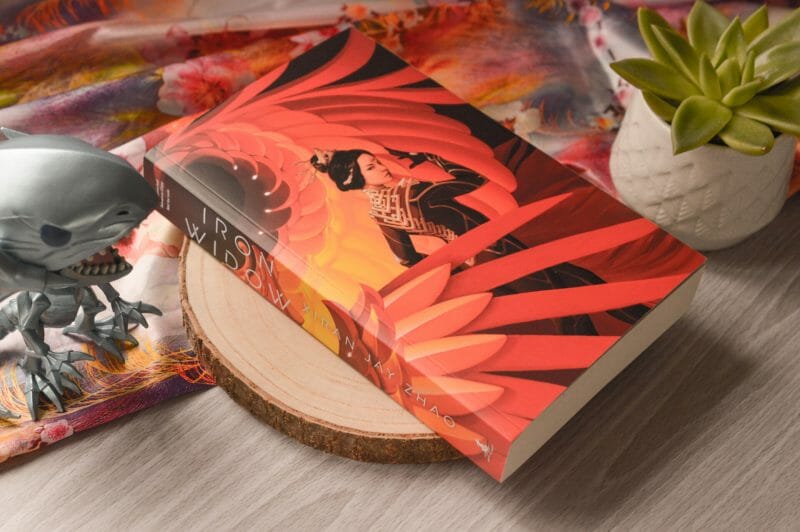 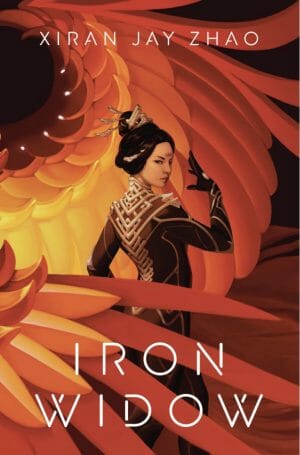 ‘The boys of Huaxia dream of pairing up with girls to pilot Chrysalises, giant transforming robots that can battle the mecha aliens that lurk beyond the Great Wall. It doesn’t matter that the girls often die from the mental strain.

When 18-year-old Zetian offers herself up as a concubine-pilot, it’s to assassinate the ace male pilot responsible for her sister’s death. But she gets her vengeance in a way nobody expected—she kills him through the psychic link between pilots and emerges from the cockpit unscathed. She is labeled an Iron Widow, a much-feared and much-silenced kind of female pilot who can sacrifice boys to power up Chrysalises instead.​

To tame her unnerving yet invaluable mental strength, she is paired up with Li Shimin, the strongest and most controversial male pilot in Huaxia​. But now that Zetian has had a taste of power, she will not cower so easily. She will miss no opportunity to leverage their combined might and infamy to survive attempt after attempt on her life, until she can figure out exactly why the pilot system works in its misogynist way—and stop more girls from being sacrificed.‘

Okay so, this year is absolute madness when it comes to all of the amazing debuts we’ve been treated to featuring great diversity and awesome storytelling, and Iron Widow is definitely a stand-out example of that.

First up, this was described as Pacific Rim x The Handmaid’s Tale and although I am a huge, huge fan of Pacific Rim (the first film, at least. Second was a bit iffy) that’s just not good enough for this story. It has similarities, sure. But nothing in Pacific Rim stands up against our main character, Zetian, very dramatically announcing:

“You’ve been living a dream for long enough! Welcome to your nightmare!”

Honestly, the chills from that. Wu Zetian made it her mission to avenge her sister’s death as a concubine by killing the pilot who caused her death, and the style she does that with is impeccable. Give me a morally grey character any day of the week and I’ll probably love them, but Zetian was also full of fire and she was just so admirable? Everything she’s doing is because of the injustice against women in this world. Girls with a lower spirit pressure than male pilots are chosen to be their partners so that they don’t risk the males dying. Higher-ups intentionally do this and don’t try to find a balanced match whereby both would be safe.

After Zetian ends up having a higher spirit pressure than the pilot she was aiming to kill, he obviously ends up dying instead and thus she’s given the title ‘Iron Widow’. So, they could give her the mech, known as a Chrysalis, right? Nope, instead they put her in a team with a male known for having the largest spirit pressure – Li Shimin (who happens to be known as the ‘Iron Demon’ due to his past of murdering). They end up being a balanced match though and so Zetian ends up having to learn to trust him. She is kind of expected to be his wife and mother his children though, which brings about the problem that she’s already fallen for someone else…

Incoming Gao Yizhi, he’s basically from a rich family but he’s adorably in love with Zetian. He follows her and becomes a Scribe so that he can keep helping her and he’s just perfect, definitely a major cinnamon roll type of character and I adored him! There’s a line at one point where he goes “You can’t shoot me; I’m rich!” and it’s just things like that that make you fall more and more for him. He teaches Zetian about love too saying that it can be infinite, which helps with the whole polyamory…

Onto that, it’s between the three characters mentioned above and it works SO well. It’s not the main part of the story, that goes to the Chrysalises fighting the Hunduns (mecha aliens), but nevertheless it slots in so great because it feels so real. Yizhi’s care for Li Shimin is easy to see from the start of their interactions, and he loved Zetian so much he tried to marry her so that she wouldn’t become a concubine (another great thing about him, he realises that was wrong to do). And you may be thinking ‘but Li Shimin is a murderer’. Without giving too much away, Li Shimin is one of the only male pilots that genuinely cares and doesn’t want to harm his female co-pilots, it destroys him when they die. He’s a surprise cinnamon roll and I loved him dearly too.

I think that’s something that makes Iron Widow work even better, you have to love these three main characters. The perspective may be from Zetian’s point of view solely but you definitely learn enough about the other two to fall in love with them also.

The story is so fluid too, it’s definitely sci-fi but it reads at times like a fantasy. The blend Xiran Jay Zhao has created is just beautiful and it works so well. The ending though? I just… It was also perfect. Obviously won’t spoil it but WOW. I know for a fact I will be picking up the sequel as soon as possible, and I’m definitely hoping it’s called Iron Queen… it’s the title Zetian most definitely deserves. 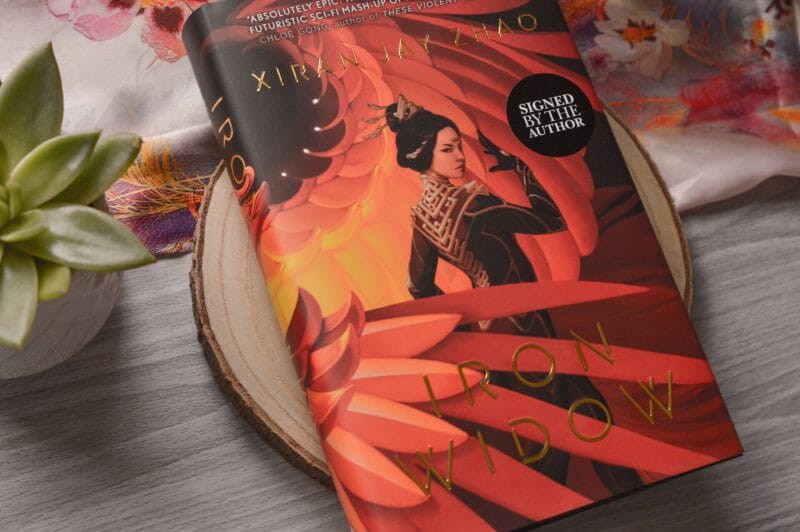 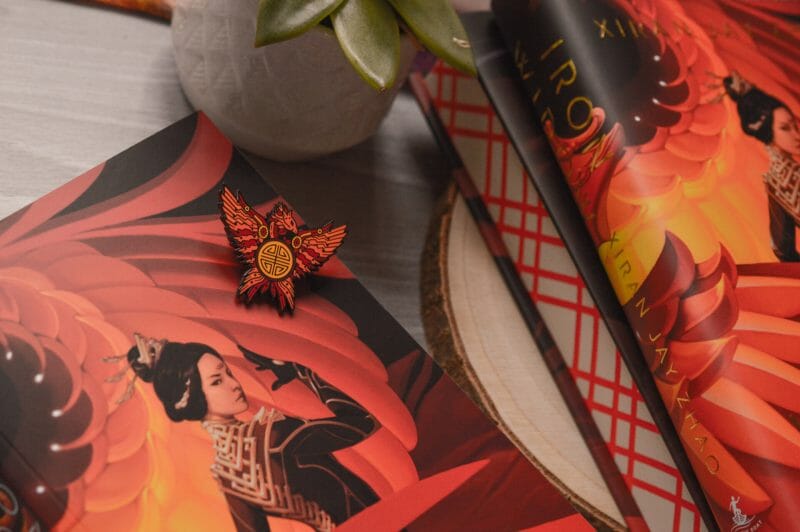