Land of Sand and Song by Joyce Chua had been on my radar for a while, pretty much since I saw someone say ‘for fans of Spin the Dawn‘, and I totally understand that comparison after reading it!

Although a fairly small book, this story is action-packed from start to finish, with three points of view that each stand out as entertaining and easy to follow (especially notable if, like me, you sometimes struggle with multiple points of view). 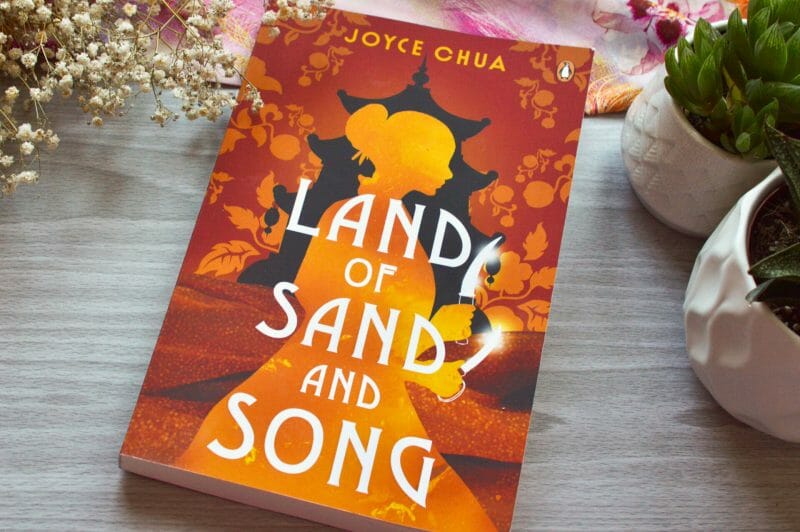 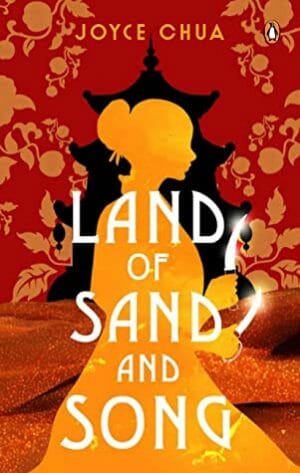 Title: Land of Sand and Song
Series: Children of the Desert #1
Author: Joyce Chua
Publisher: Penguin Random House SEA
Release Date: August 31st 2021
Pages: 264
Source: Paperback purchased, eARC gifted by the author but I was enjoying it so much I grabbed the paperback 💜
Rating: ★★★★☆

Legend has it that a magical spring lies dormant in the heart of the Khuzar desert. Said to be a gift from the gods, the spring holds the cure to all mortal woes.

As mercenaries from everywhere try in vain to find the mystical spring, 17-year-old Desert Rose is on the run after her chieftain father is overthrown and captured by rebel clans. Now out for revenge, she sets out alone to the Oasis Capital to assassinate the person instigating the rebellion: the corrupt Emperor Zhao, who will stop at nothing to possess the elixir of life from the spring.

To infiltrate the Imperial Guard, Desert Rose must pass a series of trials to test her wit, mettle, and her loyalty. But the real test lies in navigating the cut throat court politics with no ally but a rogue prince and a latent magic stirring in her – magic that can bring a kingdom to its knees or destroy her from within.

LAND OF SAND AND SONG is the first of Children of the Desert series.

If you enjoyed the court and desert settings of Jade Fire Gold, and are looking for a similar story to read, then I’d wholeheartedly recommend Joyce Chua’s Land of Sand and Song!

First and foremost, one thing the synopsis doesn’t mention is that Desert Rose is not our only point of view! We’re treated to two more perspectives throughout the story and each character has their own agenda. I’ll talk about Desert Rose and the second point of view only within this review, save you a little surprise for when you pick this up!

Desert Rose is the daughter of her clan’s Chieftain, and very early on he’s usurped by other members of the clan, leading Rose to have to go on the run to protect herself. She didn’t count on bumping into the second point of view we’re introduced to, Wei, who’s quickly introduced as a mysterious, yet clearly quite caring character (I might have loved him a little, more Wei would be awesome).

Her motive quickly becomes revenge as she discovers the Emperor is connected to what happened within her clan, and conveniently she ends up in an assassin school within his own palace! This is pretty much where things got very interesting very quickly, about 70 pages into the book, as Rose befriends a fellow sassy former desert clan girl called Windshadow. I loved Windshadow’s character, from the beginning she’s quick to defend Rose and make things easier for her within the school.

Magic-wise, the Emperor has already been on a mission to rid Capital of all magic, be it those who can manipulate the elements or turn into various animals. But, like most in power he’s a little bit of a hypocrite and is after a magical spring.

I won’t say much about the magic when it comes to any main characters, but it’s a satisfying trickle of magic that was genuinely a treat to read about, and I can’t wait for the next book to see more of how it works into the story!

Even in the deepest winter and the driest desert, hope springs eternal. 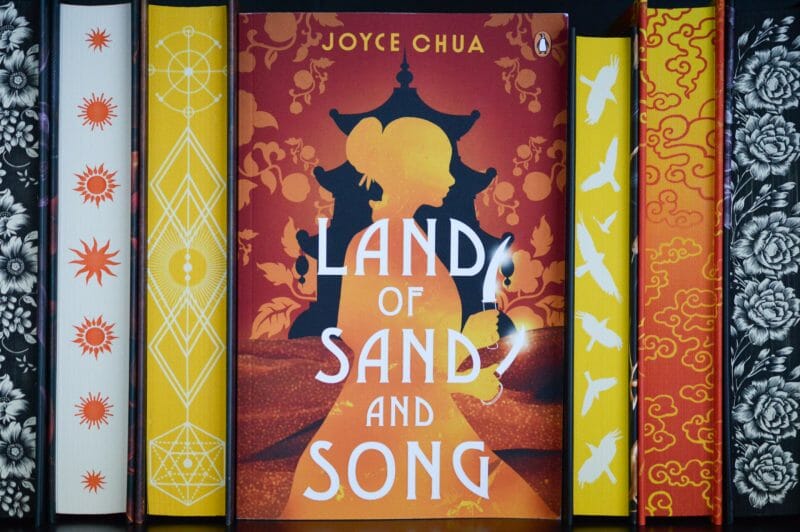