Today’s review is for a book that features some fantastic plot themes, including a heist and animal companion, and mixes in Welsh mythology. I hadn’t come across a fantasy that referenced Welsh mythology before this book, but it was definitely a part of what made The Drowned Woods by Emily Lloyd-Jones an easy 5-star read. 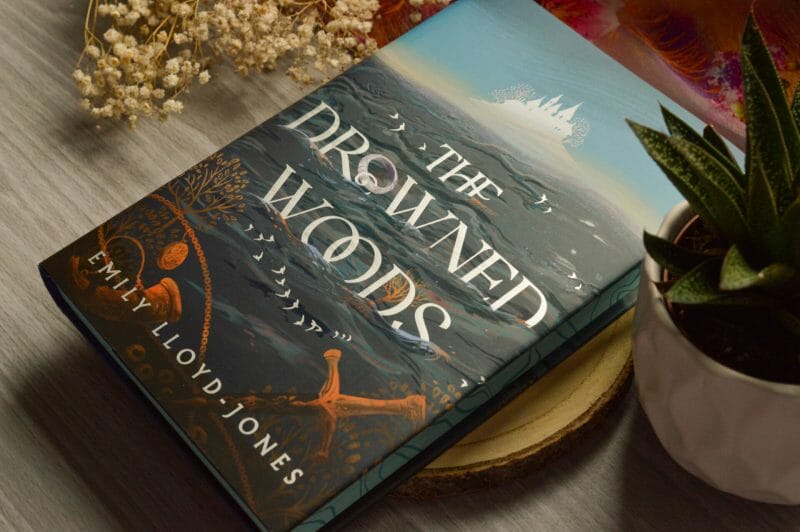 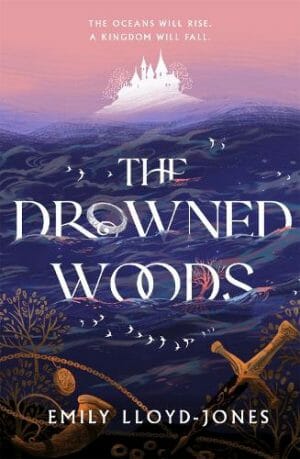 Title: The Drowned Woods
Author: Emily Lloyd-Jones
Publisher: Hodder & Stoughton
Release Date: August 16th 2022
Pages: 352
Source: eARC provided by the publisher (this in no way affects my review which is honest and unbiased) Featured Illumicrate copy purchased by myself
Rating: ★★★★★

The right cause can topple a kingdom . . .

Once upon a time, the kingdoms of Wales were rife with magic and conflict – and eighteen-year-old Mererid ‘Mer’ is well-acquainted with both. As the last living water diviner, she can manipulate water with magic – a unique elemental power many would kill to possess.

For years, Mer has been running from the prince who bound her into his service – and forced her to kill thousands with her magic. Now, all Mer truly wants is a safe, quiet life, far from power and politics.

But then Mer’s old handler – the king’s spymaster – returns with a proposition: use her powers to bring down the very prince that abused them both.

Okay so first thing I need to get out of the way is that this another beautiful cover illustrated by Kelly Chong, bringing my total books owned with covers featuring her art up to… I think 15? Zero complaints there, would love more! 💜

Onto the story! The Drowned Woods is set in the Kingdoms of Wales, and our main character Mererid (‘Mer’) is the last living water diviner, able to manipulate water. She’s on the run from the Prince after previously being “his” water diviner, but one day her former father figure approaches her with an offer that would help her get revenge on the Prince.

We’re slowly fed information throughout the story about why Mer hates the Prince so much, and that really helps with getting to know and love Mer. She starts off as a fairly standoffish character (though is always kind to animals, a trait I find is pretty synonymous with being a good person) and throughout it we see the events that have led to that and really, all of the bad that has happened to her is due to her trying to do better. Even though she was raised as a weapon, she’s still kind hearted.

Quickly we meet Fane, and we get another POV from him as well! I loved his character. Much like Mer, he’s become a weapon. Though for him it’s happened because he asked for it (something he realised quickly that he regretted). Their bond is so sweet and watching as they get closer is a genuine treat. Accompanying Fane is Trefor, and I’m fairly certain that this little corgi will steal everyone’s hearts! Seeing how much Fane cares for him, and Mer quickly cares for him too, really helps to establish their characters whilst I’ll always love a story with an animal companion too.

There is also a female introduced who had a past history with Mer, and I couldn’t help but love her as well. The more the story developed, the more endearing she became. But I won’t say too much on her, you’ll have to read it for yourself to discover!

‘But this was not an old folktale; there were no heroes.’

Characters have to deal with questions on what’s right and wrong and how to cope with knowing that you did something you regret throughout, but our main characters consistently choose to try and do what’s right for the majority rather than the few. It makes for a lot of tension and overall you really just won’t want to put this book down until everything is resolved.

All I’ll say about the ending is that it is tied up very nicely in a heartbreaking and heartwarming way and having seen people reference that the story has tie-ins to The Bone Houses, Emily’s first book, I definitely plan on picking that up soon! 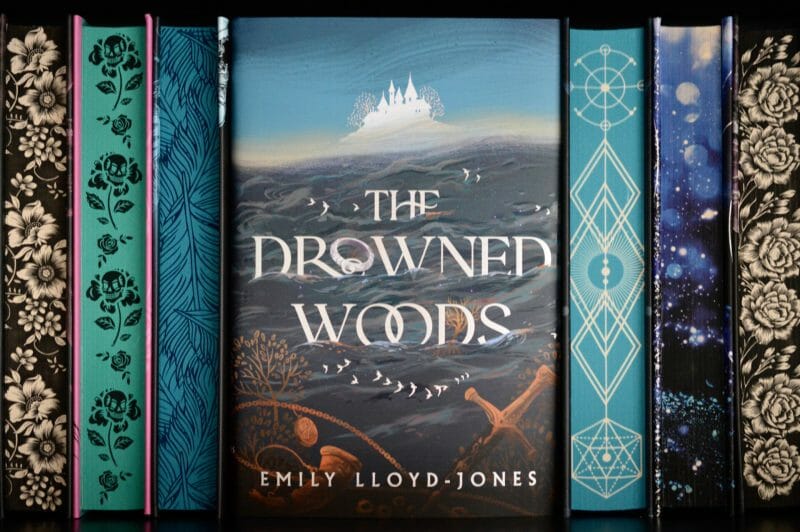