Today’s review is for Belladonna by Adalyn Grace, a hauntingly beautiful YA novel with a lot of important lessons held within. 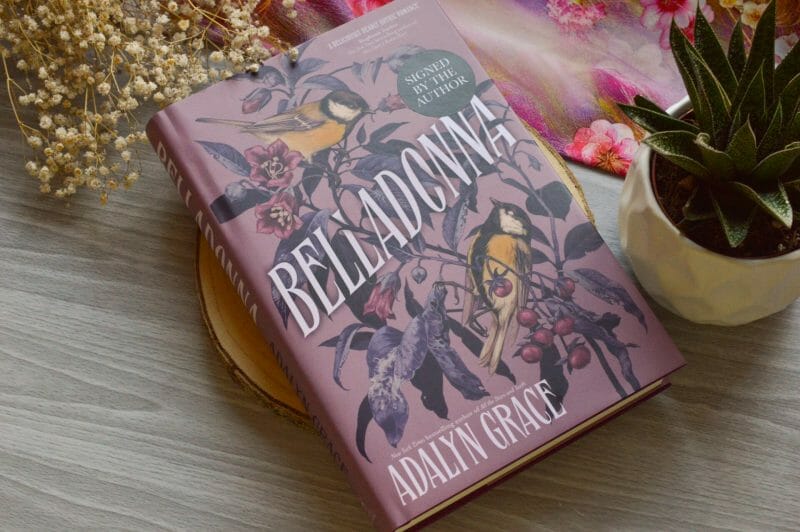 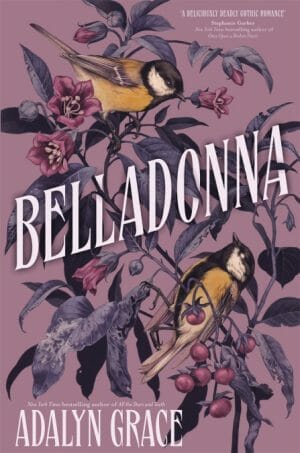 For as long as Signa Farrow has been alive, the people in her life have fallen like stars…

Orphaned as a baby, nineteen-year-old Signa has been raised by a string of guardians, each more interested in her wealth than her well-being – and each has met an untimely end. Her remaining relatives are the elusive Hawthornes, an eccentric family living at Thorn Grove, an estate both glittering and gloomy.

Its patriarch mourns his late wife through wild parties, while his son grapples for control of the family’s waning reputation and his daughter suffers from a mysterious illness. But when their mother’s restless spirit appears claiming she was poisoned, Signa realizes that the family she depends on could be in grave danger, and enlists the help of a surly stable boy to hunt down the killer.

Signa’s best chance of uncovering the murderer, though, is an alliance with Death himself, a fascinating, dangerous shadow who has never been far from her side. Though he’s made her life a living hell, Death shows Signa that their growing connection may be more powerful – and more irresistible – than she ever dared imagine.

Belladonna is a truly atmospheric, gothic read. The opening does a fantastic job at launching you right into the action and making sure you need to keep on reading to work out what’s actually happening to poor Signa.

As a main character, I loved Signa for the most part. The only times she was slightly too annoying were when she was trying to be a lady. It’s understandable for her character, as she’s set to inherit a large estate and fortune when she turns 20, but she is so much better when she isn’t trying to fit in with others.

Largely though, this story revolves around Signa trying to find her place in the world at all. Of course, it would probably be simple enough… if she hadn’t been followed by Death her whole life and somehow gained some of his powers. There’s also the fact that she is the one being who Death can touch without causing her to die.

After losing a series of guardians, Signa finds herself at Thorn Grove. One of her special powers though is that she can see spirits, and of course from the very first night she’s thrust into a murder mystery where she realises the mother had been murdered and someone may be trying to do the same to her daughter, Blythe.

There are still some instances of Signa trying to fit in, but the best part is how she learns to embrace who she is in the story to help with solving the mystery.

In terms of the twists, I saw a couple coming but others were a little more out there, and it’s always nice to be caught unaware by a twist!

The romance… I won’t say much but I kind of loved it? It was very, out there, and though my head couldn’t quite make sense of some of the spicier scenes it made sense for them to be? If you’re worried about spice in YA, the character in this story is 19 years old and there is a lot of making sure she is still okay with it regardless, which honestly I think we need more stories like that for the older YA readers.

The epilogue… without it, this is a pretty solid standalone. But that epilogue had me dying for more, and I can’t wait to read the next book!

“It matters because you’re better than that.
You were not made to be meek or wanting.” 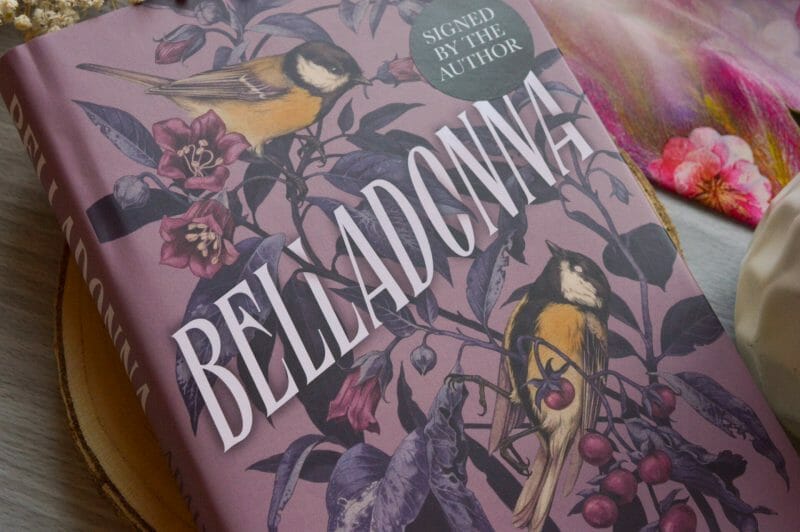