Today I’m reviewing The Weight of Blood by Tiffany D. Jackson, which to sum up is basically… Carrie, but better. Jackson takes the story and instead of making it solely about bullying, she adds nuance by setting it in a small town where both obvious racism and racial microaggressions are everywhere. 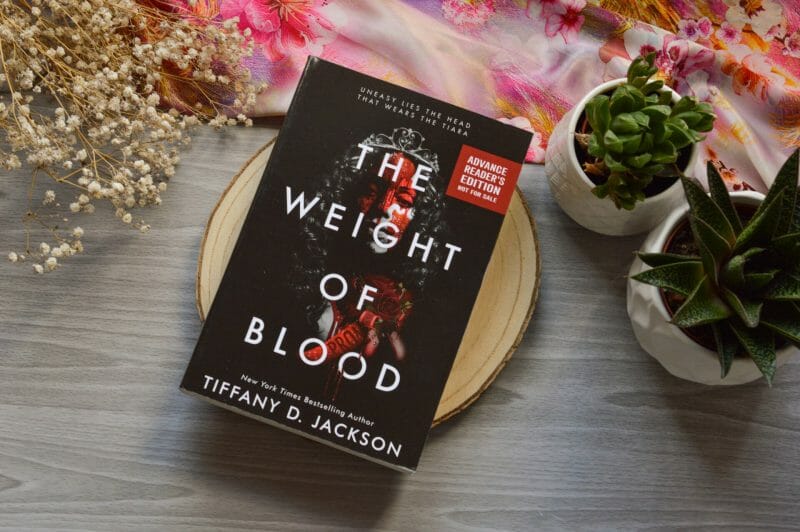 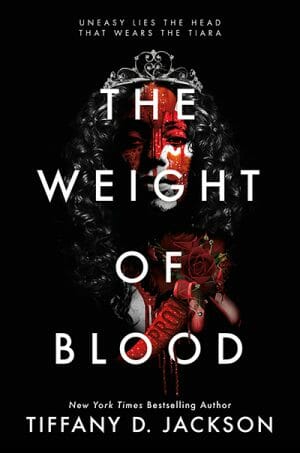 Title: The Weight of Blood
Author: Tiffany D. Jackson
Publisher: Harper360
Release Date: September 6th 2022
Pages: 416
Source: Physical ARC from the publisher (this in no way affects my review which is honest and unbiased)
Rating: ★★★★★

Author Tiffany D. Jackson ramps up the horror and tackles America’s history and legacy of racism in this YA novel following a biracial teenager as her Georgia high school hosts its first integrated prom.

When Springville residents—at least the ones still alive—are questioned about what happened on prom night, they all have the same explanation… Maddy did it.

An outcast at her small-town Georgia high school, Madison Washington has always been a teasing target for bullies. And she’s dealt with it because she has more pressing problems to manage. Until the morning a surprise rainstorm reveals her most closely kept secret: Maddy is biracial. She has been passing for white her entire life at the behest of her fanatical white father, Thomas Washington.

After a viral bullying video pulls back the curtain on Springville High’s racist roots, student leaders come up with a plan to change their image: host the school’s first integrated prom as a show of unity. The popular white class president convinces her Black superstar quarterback boyfriend to ask Maddy to be his date, leaving Maddy wondering if it’s possible to have a normal life.

But some of her classmates aren’t done with her just yet. And what they don’t know is that Maddy still has another secret… one that will cost them all their lives.

Most of us are probably aware of the main story of Carrie, the titular character is bullied extensively and then when she’s humiliated at prom (when pig blood is poured over her) she goes on a revenge murder spree. Jackson takes that basic storyline and makes it into so much more, fans of Carrie will absolutely adore this take on the story.

So, we’re set up at the beginning witnessing one of two survivors from the prom in this story, covered in blood and all they can say is ‘Maddy did it’, after that point we’re taken back in time and the story itself is told in different mediums, partly as a podcast talking about the event in the future and other parts are told as it happened in the past.

A part of me struggled to understand that the “past” was as recent as 2014. The idea of segregated proms that recently was a little mind-blowing but Jackson explains prior to the story that this still happens? It’s not an author’s job to educate readers on things like this, but I still feel like I learned a lot reading this story (mostly I just hated every racist and bullying character though).

Maddy is a character you can’t help but feel sorry for from the beginning, she’s white-passing as her mother was Black and her father white, though her father doesn’t want anyone to find out about her mother (very racist town), so there’s one major rule he has: she cannot get her hair wet. Maddy finds herself running for a gym class out in the rain and her own horror when she sees her hair is expanding is heartbreaking alone. But to make matters worse, she’s immediately bullied for it by horrid girls throwing pens at her hair in class.

Someone videos this and it becomes major news about the racism, which in turn sets about the events for an integrated prom “to make up for it”.

Incoming Wendy, who is a really interesting white character but also very easily misled to just being a bystander and not standing up for Black people; however, her entire life has been mapped out to benefit from her Black boyfriend’s success at football, Kendrick (‘Kenny’). Wendy wants Kenny (and herself) to look as kind as possible, so she sets about the motion of Maddy attending prom with Kenny. She’s selfish, conceited and naive… with lots of room to become a good person.

Kenny is probably my second favourite character after Maddy, and he has his own issues he’s going through as well. Although he’s Black, all of his friends as well as his girlfriend are white and he’s seemingly become blissfully unaware of each racial microaggression they show. Maddy’s “reveal” has him realising a lot about his friends, most notably that they aren’t that great. He starts to stand up for himself and Maddy, and it was really lovely to see both of them bond as they tried to become more comfortable in being themselves.

One thing that happens a lot is the white people doing things wrong and trying to make excuses for it, but Jackson makes sure they get what they deserve.

As with Jackson’s White Smoke, this is a perfect read for spooky season in particular, and you won’t be disappointed if you love horror stories. 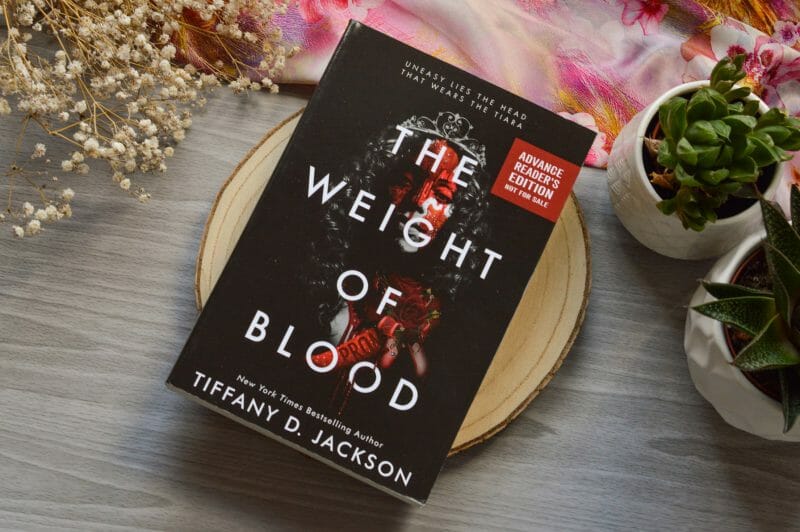