Today’s review is for A Dowry of Blood by S.T. Gibson, originally an indie publication and now published by Orbit (with a gorgeous new cover)!

I was grateful to receive a physical proof for this book, though I’m hoping I’ll have a special edition arriving at some point, potentially… and it was a great example of vampires written right. No sparkle, just monsters with a lust for blood (and other things).

Full review can be found below. 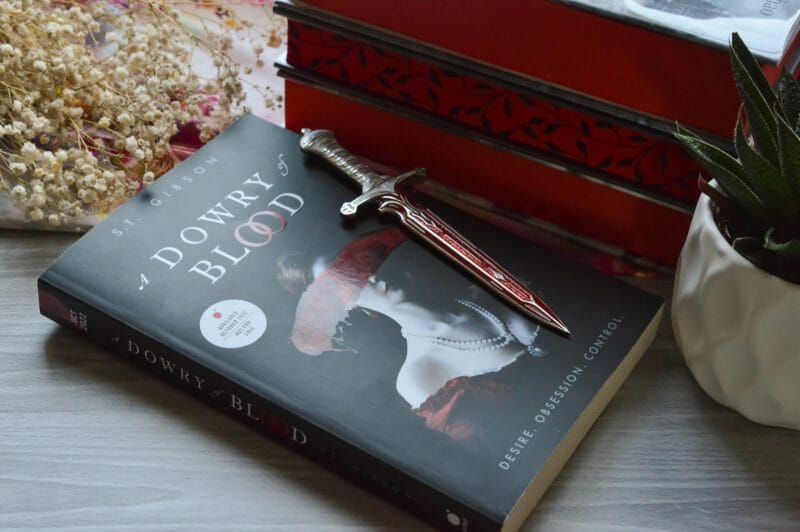 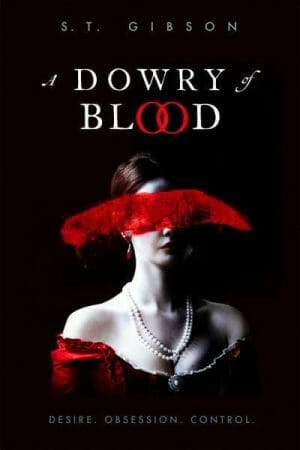 Title: A Dowry of Blood
Author: S.T. Gibson
Publisher: Orbit Books
Release Date: October 6th 2022
Pages: 308
Source: ARC provided by the publisher (this in no way affects my review which is honest and unbiased)
Rating: ★★★★

A lyrical and dreamy reimagining of Dracula’s brides, A DOWRY OF BLOOD is a story of desire, obsession, and emancipation.

Saved from the brink of death by a mysterious stranger, Constanta is transformed from a medieval peasant into a bride fit for an undying king. But when Dracula draws a cunning aristocrat and a starving artist into his web of passion and deceit, Constanta realizes that her beloved is capable of terrible things. Finding comfort in the arms of her rival consorts, she begins to unravel their husband’s dark secrets.

With the lives of everyone she loves on the line, Constanta will have to choose between her own freedom and her love for her husband. But bonds forged by blood can only be broken by death.

The first thing I’d like to point out about A Dowry of Blood is that it is definitely for mature audiences. There are a few sex scenes, lots of violence (to be expected with vampires), and the relationship between the main character and Dracula is not one to idealise. It is mostly a story surrounding a woman coming to terms that she’s in an abusive, toxic relationship; something to bear in mind if you struggle with stories that feature abuse.

Dowry is told from Constanta’s point of view, written as a letter she writes to Dracula following their life together. The format is such that her thoughts on events are summarised in a sense, and so the story moves along very quickly.

Dracula appears to be besotted with Constanta and only her for a large period of time, though the story progresses quickly in terms of page count to introducing the lively Magdalena, a bold, smart woman who enjoys strategising. Constanta herself quickly feels drawn to Magdalena, which makes things a lot easier for them all becoming one big polyamorous family, though through seeing how Dracula treats Magdalena it starts to open up Constanta’s eyes to the things that have always been wrong.

Magdalena begins to struggle with feel closed in, due to Dracula’s controlling nature, and so he finds Alexi for them. Alexi is a beautiful young man and Magdalena quickly becomes enamoured with him, whilst Constanta mostly sees him as a son… at first, anyway.

The story keeps on moving quickly through the letter format and you can see Dracula becoming more and more abusive, which leads Constanta to start thinking of how they can escape him once and for all.

Dowry is a brilliant, quick read for lovers of vampire stories, centred around character development and overcoming abusive relationships. It might be a difficult read at times if you’ve experienced things such as possessive partners and gaslighting, but overall it’s certainly still an enjoyable read and you’ll want to know how things end up as soon as possible – I’m definitely looking forward to reading more from S.T. Gibson in the future! 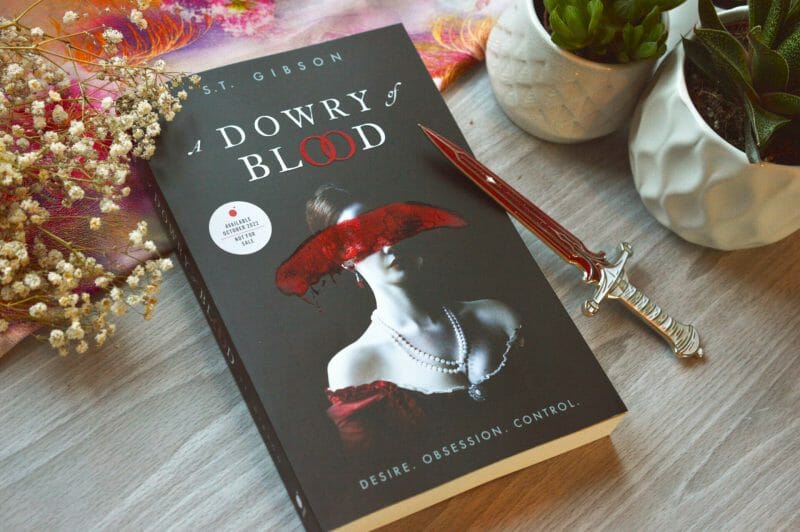 Previous Post: « Book Review | Heart of the Sun Warrior by Sue Lynn Tan
Next Post: Book Review | A Venom Dark and Sweet by Judy I. Lin »