If you’re new here, you’re probably unaware of my love for Daughter of the Moon Goddess. Less than a year ago, I read Sue Lynn Tan’s debut novel and fell absolutely in love with the world, so it was an absolute pleasure to be able to read the sequel in the form of a gifted physical proof.

I had the highest of hopes for this book, and after finishing it I can safely say that I wholeheartedly trust Sue Lynn Tan to continue writing beautiful stories that make me connect to the characters so much that I cry my eyes out. 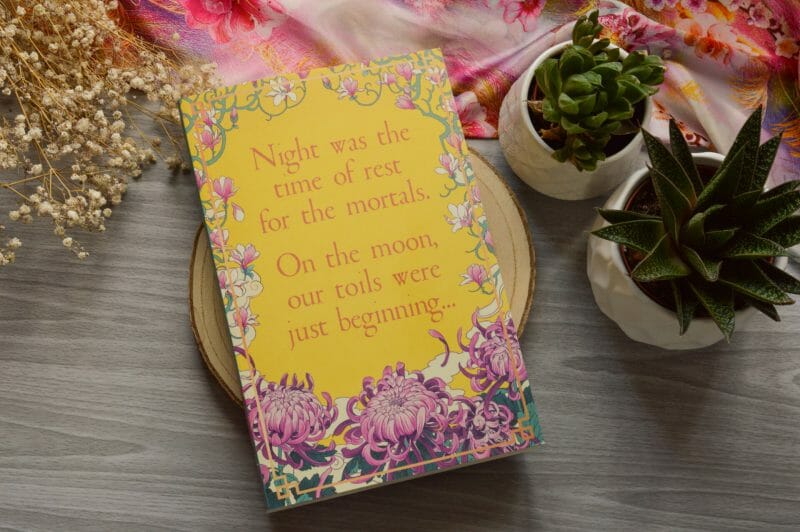 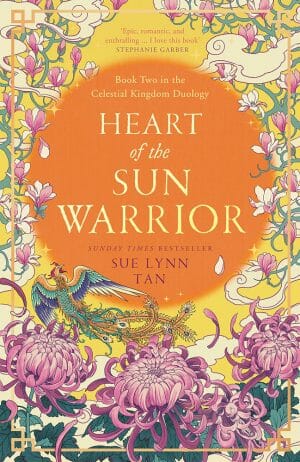 The stunning sequel to Daughter of the Moon Goddess delves deeper into beloved Chinese mythology, concluding the epic story of Xingyin—the daughter of Chang’e, and the mortal archer, Houyi—as she battles a grave new threat to the realm, in this powerful tale of love, sacrifice, and hope.

After winning her mother’s freedom from the Celestial Emperor, Xingyin thrives in the enchanting tranquility of her home. But her fragile peace is threatened by the discovery of a strange magic on the moon, and the unsettling changes in the Celestial Kingdom as the emperor tightens his grip on power.

While Xingyin is determined to keep clear of the rising danger, the discovery of a shocking truth spurs her into a perilous confrontation. Forced to flee her home once more, Xingyin and her companions venture to unexplored lands of the Immortal Realm, encountering legendary creatures and shrewd monarchs, beloved friends and bitter adversaries. With alliances shifting quicker than the tides, Xingyin has to overcome past grudges and enmities to forge a new path forward, seeking aid where she never imagined she would.

As an unspeakable terror sweeps across the realm, Xingyin must uncover the truth of her heart and claw her way through devastation – to rise against this evil before it destroys everything she holds dear, and the worlds she has grown to love… even if doing so demands the greatest price of all.

The epic conclusion to her sweeping Celestial Kingdom series, Sue Lynn Tan’s tale of Xingyin, the daughter of the moon goddess, delves deeper into beloved Chinese myths, weaving them into a wholly new and magical story.

Heart of the Sun Warrior follows the events of the first book, but we have a little break of a year in between the two where Xingyin has just been enjoying her time being reunited with her mother, whilst receiving the adorable Liwei as they’ve tried to build upon their relationship following the events of Daughter of the Moon Goddess.

A lot of HOTSW involves Xingyin figuring out what her heart actually wants, as Wenzhi has been relentless in trying to reconnect with her. I won’t talk too much about where her love ends up within this book, because obvious spoilers there, but it’s clear that Xingyin is torn apart by the events of the first book and at the beginning a part of me kind of wanted her to just forget them both because each of them hurt her. However, Sue Lynn Tan’s way of words and character building made me soon forgive each of them for what happened in book one.

That’s one thing I adore about Tan’s romance writing, as someone who usually can’t stand love triangles or anything of the sort, this feels like more than a simple love triangle. You can tell that Xingyin is in love with both men through Tan’s writing and story and you know the anguish she feels, it doesn’t feel like a triangle that was put in for the sake of it, as some stories can feel like? It’s a believable romance, and you fall in love with both characters as Xingyin does.

The action is quickly set up within HOTSW, as Xingyin and her mother’s freedom is threatened by the Celestial Emperor, who still holds a grudge towards Xingyin for the support she gathered. One of the characters I despised in the first book makes a reappearance as a formidable foe, and I loved how was built up throughout the two stories.

What follows in HOTSW is a story filled with old friends (including the adorable Shuxiao, who I was very happy to see more of in this book), yet more mythical creatures (including phoenixes, as would probably be expecting in a book with sun in the name), nods to mortal Chinese history and loves that were once lost.

If you loved the dragons in book one, fear not because we’re blissfully reunited with the wonderful creatures in this story!

In terms of the world-building, Tan largely builds upon that of the first book but we’re introduced to new lands, including that of the Southern Sea and its ruler, Queen Suihe. One thing that the majority of the rulers in this world can relate to… is that they are predominantly evil. Which is really quite interesting when you compare it to Prince Liwei, the heir to the Celestial throne, who is the exact opposite and forever tries to do the kindest of things for people. In a sense, it feels like Sue Lynn Tan is saying: the present and past is horrid, but there’s at least hope for the future.

Though a beautiful, heartfelt story on the whole, be prepared because you will definitely find yourself crying at many points. Poor Xingyin goes through heartache again and again, and I’d happily read a book where she simply gets to be happy after these two! If anyone deserves a lovely little family life, it’s definitely her.

Thank you to Sue Lynn Tan, for creating such a wonderful duology and world that I will absolutely miss. I’m very glad we’re getting more stories from Tan though, and I will be preordering and reading them as soon as I can! 💜 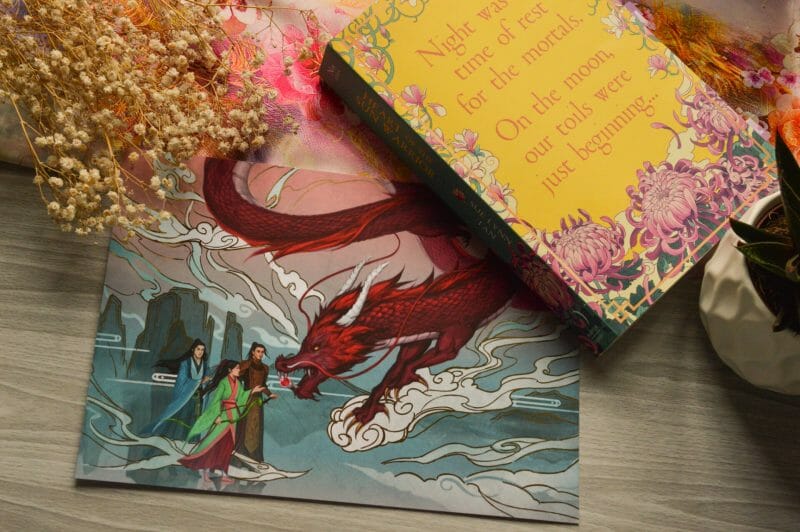 I have around 25 tabs in my proof right now, highlighting various quotes that made me have to take a breather! There’s no guarantee that these will be in finished copies, but there are a couple of quotes early in the story I’d like to share because it’s one thing to say that Sue Lynn Tan’s writing causes feelings, and another to give examples.

‘Perhaps the legends that touched us deepest were those spun from a wisp of truth.’

‘…the most dangerous lies were those we most desperately wanted to be true.’

‘History was rewritten as it pleased the victor or buried when it was an inconvenient truth.’ 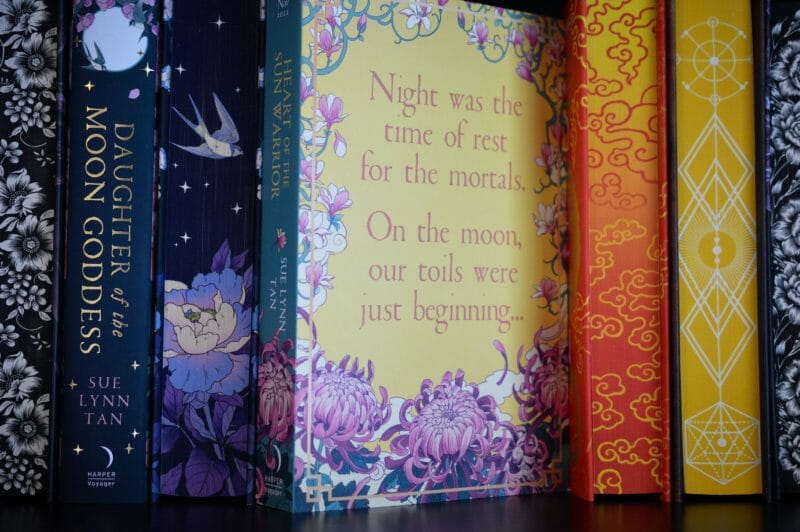