I can’t really think of any slice-of-life fantasy stories I’ve heard of before Legends & Lattes where I’ve been super interested in reading them, but for months all I heard about this book was that it was adorable and honestly, I was not disappointed in the slightest!

The perfect cosy read for chilly winter nights, read on for my full review. 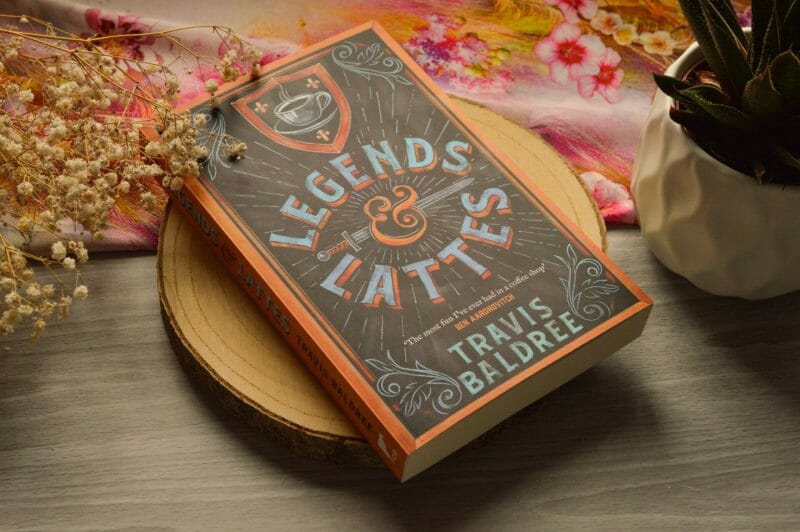 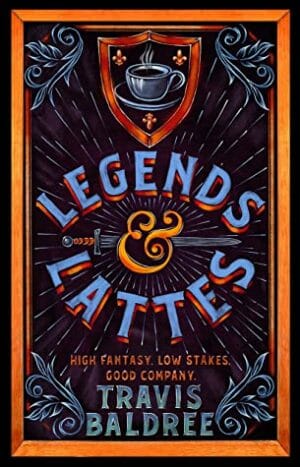 High Fantasy with a double-shot of self-reinvention

Worn out after decades of packing steel and raising hell, Viv the orc barbarian cashes out of the warrior’s life with one final score. A forgotten legend, a fabled artifact, and an unreasonable amount of hope lead her to the streets of Thune, where she plans to open the first coffee shop the city has ever seen.

However, her dreams of a fresh start pulling shots instead of swinging swords are hardly a sure bet. Old frenemies and Thune’s shady underbelly may just upset her plans. To finally build something that will last, Viv will need some new partners and a different kind of resolve.

A hot cup of fantasy slice-of-life with a dollop of romantic froth.

Legends & Lattes is a lovely little slice-of-life fantasy, straight away we’re introduced to our main character Viv, an orc barbarian who’d like nothing more than to settle down in one place and live a peaceful life. She has no real proof that an artifact she’s found on a quest will help her to achieve this, but she’s hopeful at the very least!

After visiting a coffee shop on her travels, she’s fallen in love with the idea of opening her own cafe and introducing others to the magic of coffee. She’s realistic and knows that she can’t sort out everything herself, so begins to enlist the help of what becomes an adorable found family.

First, we get Cal, who helps Viv from the very beginning to realise her dreams by helping with the fit-out of the cafe. He’s hard to impress upon but Viv and Cal quickly build up a camaraderie that continues throughout, with Viv trusting him to help at any point the shop requires extra work to be carried out. Next up, we have the adorable Tandri, a succubus who takes things head on and has an artistic flair. Thimble follows when Viv thinks that the shop could do with more than just drinks, and he is the sweetest little thing that is super quiet but watching him come out of his shell around the others is perfect. Pendry is later the final member of the in-house staff, and he’s a budding musician.

Last, but not least, Amity the direcat. Most of the time a glorified [yet huge] house cat who comes and goes as she pleases, but when Viv is ever threatened she’s straight to showing why that person should turn heel and run. She’s absolutely adorable and I’d love my own direcat!

One thing that every major character has in common, and most side characters even, is that they’re a band of individuals who are judged, usually just for their species. Baldree takes each character and makes us fall in love with them (bar one or two, but that’s definitely spoiler territory). It’s without a doubt my favourite part of this story, and we even have a look into Viv’s former band of adventurers who each have their own quirks to love.

“Things don’t have to stay as what they started out as.”

There’s still a lot of drama in this slice-of-life though, and you’ll want to read on as fast as possible to make sure everything ends well for the crew! Romance-wise, it’s sapphic and involves lots of build up, mixed in with a little bit of characters being oblivious when it’s so obvious to the reader, which is a personal love of mine as it’s just so endearing! So, if you’re after a cosy read to drink alongside a hot drink this winter… pick this up.

Previous Post: « Book Review | A Venom Dark and Sweet by Judy I. Lin