Okay so Viper is a book I’d had my eye on and was determined not to let anything ruin my enjoyment of it! I’d seen the odd review starting with praise for it but avoided reading too much about it in case it was hyped up too much.

Anyway, I really loved this story and it was a fantastic debut! There were so many elements to the story that I absolutely loved seeing together and I’ll definitely be checking out the next books in the series. Read on for my full review, which is more detailed but spoiler-free! 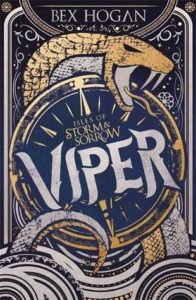 ‘Marianne has been training to be the Viper for her entire life – to serve and protect the King and the citizens of The Twelve Isles – but to become the Viper and protect the islands she loves she must find the strength to defeat her father. A new fantasy trilogy perfect for fans of Sarah J Maas.

He will make me a killer.
Or he will have me killed.
That is my destiny.

Seventeen-year-old Marianne is fated to one day become the Viper, defender of the Twelve Isles.

But the reigning Viper stands in her way. Corrupt and merciless, he prowls the seas in his warship, killing with impunity, leaving only pain and suffering in his wake.

He’s the most dangerous man on the ocean . . . and he is Marianne’s father.

She was born to protect the islands. But can she fight for them if it means losing her family, her home, the boy she loves – and perhaps even her life?

A brave heroine. An impossible dilemma. An epic new fantasy trilogy set on the high seas.’

Assassins, pirates, magic… Viper is a seriously impressive collection of basically most of my favourite things! Our main character, Marianne, has been raised at sea by the notorious Viper, who basically has a ship full of assassins who kill for the “good” of the Eastern Isles.

With this in mind though, we quickly see that Marianne isn’t treated fairly by her father or any of the crew because… she’s female. So she’s consistently bullied, ridiculed and suffers emotional abuse from the Viper, Adler. Very quickly though we find out that all isn’t as it seems and suddenly Marianne decides to take action and try to help the Isles, which are suffering from an influx of bandits and terror.

We have a couple of key characters join Marianne on her adventures, including Grace who has acted like a mother figure to her on the ship. Teaching her valuable things like how to fight whilst also telling her stories of the Western Isles. Grace was probably my second favourite character after Marianne, she may be a deadly assassin but her love for Marianne was easy to see. There’s also Bronn, who had originally been very close to Marianne when they were children. He’s another of my favourites but I can’t say that much because, spoilers.

That’s another thing I really enjoyed about Viper too – so many twists and turns! There was a point when Marianne was happy and it was obvious it wouldn’t last (it was less than halfway through) but even the way this happens was shocking. If you didn’t know that this was a debut, you honestly wouldn’t be able to tell. The writing and character development was perfect and Hogan has created a seriously exciting world to match. I’ll definitely be checking out the next books in the series!

If, like me, you’re a sucker for a pretty book then Viper definitely has you covered! On the right is the standard finished copy (I picked up an early copy at the latest Northern YA Lit Festival) and to the left is the FairyLoot exclusive purple edition (signed by Bex too!). 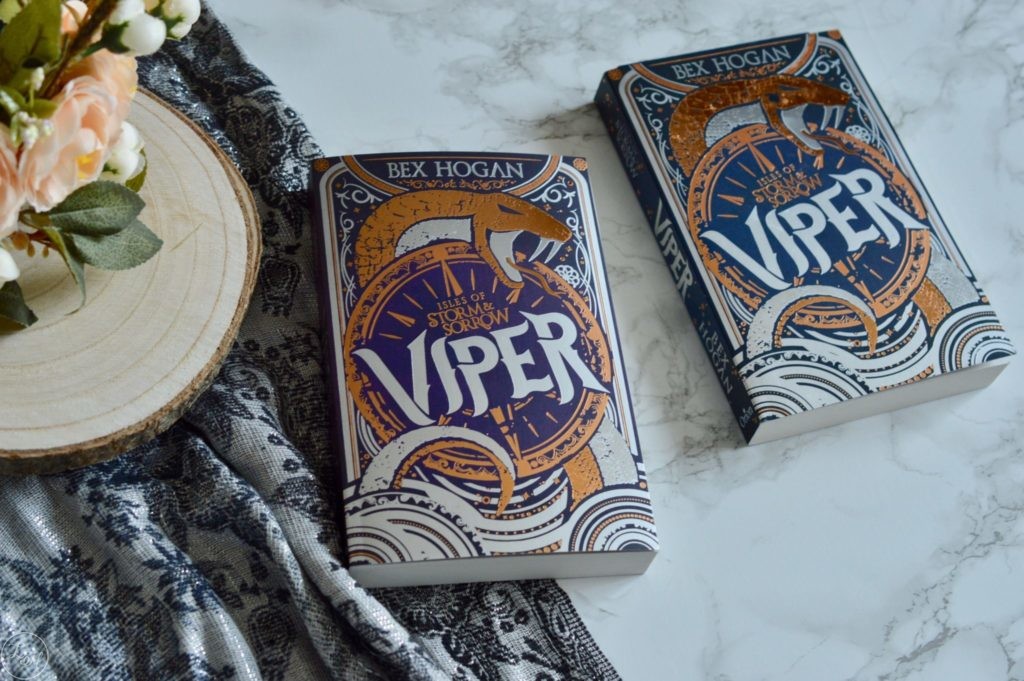 Have you read this yet
or will you be picking it up soon?