Okay so, I did that dumb thing where I didn’t read The Loneliest Girl in the Universe for far too long but this book was everything I wanted in a sci-fi!

This story was just completely gripping from start to finish, you very quickly get sucked in and if I hadn’t had plans on Sunday then I can genuinely say I wouldn’t have slept until I had finished it. I’m so happy I picked this book up from my TBR pile (which is now more like a TBR wardrobe…) and more than anything else I’m glad it’s introduced me to Lauren’s work in a spectacular way because I’ll 100% checking out past and future books from her. 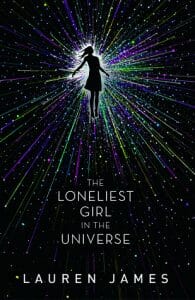 ‘Can you fall in love with someone you’ve never met, never even spoken to – someone who is light years away?

Romy Silvers is the only surviving crew-member of a spaceship travelling to a new planet, on a mission to establish a second home for humanity amongst the stars. Alone in space, she is the loneliest girl in the universe until she hears about a new ship which has launched from Earth – with a single passenger on board. A boy called J.

Their only communication with each other is via email – and due to the distance between them, their messages take months to transmit across space. And yet Romy finds herself falling in love.

But what does Romy really know about J? And what do the mysterious messages which have started arriving from Earth really mean?

Sometimes, there’s something worse than being alone . . .’

The Loneliest Girl is a book I read super quickly and that’s because it’s just so intense that I couldn’t put it down.

First off, one thing that I really need to mention is this is a story that just deals with so many mental health issues in such an intelligent way. The main character, Romy, has had some traumas which lead to her having really bad panic attacks and nightmares. There are points where she deals with intense stress too and Lauren really writes these in such a real way.

It’s not that often that I don’t see twists coming, but towards the end of this story then it just felt like twist after twist that I couldn’t really foresee which is a huge testament to just how brilliant this book is! I mean, I don’t always guess twists but I just didn’t know where this book was heading, but it was thrilling to read because of that.

Of course the person we get to see most of and get to know is Romy, and she’s an incredibly strong female character who’s the Commander of a ship at only 16. I don’t want to give away more than the synopsis but this was because the rest of the crew had died years earlier, but her intelligence leads her to be learning advanced physics way before this story even begins. As mentioned she does have some mental health problems but she still does her best to look after her ship, the Infinity, regardless of any sacrifices she needs to make.

She has one person she communicates with back on Earth, Molly, who acts as kind of a parent figure for her. Early on though she loses this connection and is told that it’s due to a war on earth (cue some major panicking, as to be expected).

But Romy has a knight in shining armour with J, who is the commander of a second ship sent to join onto the Infinity. They’re able to communicate through transmissions and a lot of the story is Romy falling for J, though she’s still haunted by nightmares and trying to cope with things.

If you’re after a cutesy romance set in space though… I will warn you that there are times when this story is just downright scary. But it’s an awesome one, and definitely worthy of being on everyone’s TBRs if you’re like me and waited far too long to read it.

Essentially this was just great, and I’m looking forward to checking out more of Lauren’s work! 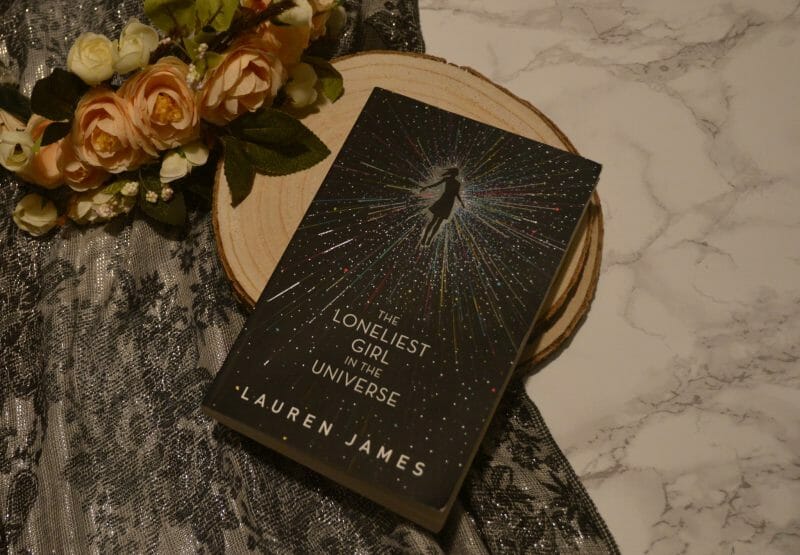