My love for Holly’s The Cruel Prince series is probably apparent if you’ve followed me for a while and/or know me in “real life”, but even I wasn’t expecting to love the second in the series quite as much as the first.

The Wicked King follows on from the events that our main protagonist Jude has constructed in the first book, and it’s yet more betrayal and wickedness which will keep you hooked. 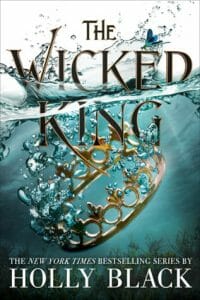 The first lesson is to make yourself strong.

After the jaw-dropping revelation that Oak is the heir to Faerie, Jude must keep her younger brother safe. To do so, she has bound the wicked king, Cardan, to her, and made herself the power behind the throne. Navigating the constantly shifting political alliances of Faerie would be difficult enough if Cardan were easy to control. But he does everything in his power to humiliate and undermine her even as his fascination with her remains undiminished.

When it becomes all too clear that someone close to Jude means to betray her, threatening her own life and the lives of everyone she loves, Jude must uncover the traitor and fight her own complicated feelings for Cardan to maintain control as a mortal in a Faerie world.‘

I needed this book as soon as I finished The Cruel Prince. For a little recap, the first book introduces us to the majority of characters in the series, including our main character Jude. One thing I’ve always loved about her which is still true for the second book is she’s definitely a morally grey protagonist. She does horrible things including (but not limited to): scheming, stealing and murdering, but she does these for what she thinks is the right reason.

And there’s also the fact that she lives in the world of fae, which (for a human) seems like a bit of a nightmare. Fae seem to enjoy essentially bullying any human in their world for entertainment and Jude isn’t let off this. That’s one thing I’d warn you of though, this series has some serious abuse in so if this could trigger you then please be wary of that.

The Wicked King begins with Cardan obviously as the “Wicked King” instead of “Cruel Prince” now, but he has to do as Jude says for a year thanks to a trick she’d pulled at the end of The Cruel Prince. Originally, it looks as if she has everything mostly under control (with the exception of fixing things with her twin sister Taryn initially) but she’s by no means under the illusion that everything will work out and she’ll be safe.

Holly brings into the story a delicious power-play as Jude tries her hardest to hold onto the power, but of course the Fae are sneaky and find ways to make her life hell whilst doing so. We also get to see a lot more of some characters from the Undersea, being Nicasia and Queen Orlagh (her mother). Further development can be seen of her Court of Shadows – the Bomb, Roach and Ghost. I really enjoyed seeing more of these as it mostly helped me to like them a lot more, I’m definitely hoping to see even more of them in the third book!

The Undersea though, I have to give major credit to Holly’s world-building here because it fitted in so much with Elfhame! I loved how there were lots of similarities yet it was such an unusual setting at the same time, a part of me really hopes we’ll see a separate series set here entirely.

The ending is basically perfect for setting up the third book, which means we just have to wait almost a year to be happy again… Anyway, I loved this book. I knew I would, hence I bought four copies… but still.

I love love love the cover for this book. I actually now have the Barnes and Noble exclusive, standard UK, OwlCrate exclusive and will be picking up the Waterstones exclusive this Saturday at an event to meet Holly… I’m so excited for it! It’ll be my second time meeting her and because she’s just so lovely I can’t help but be excited. I’ll be at the Manchester event – anyone else heading there? 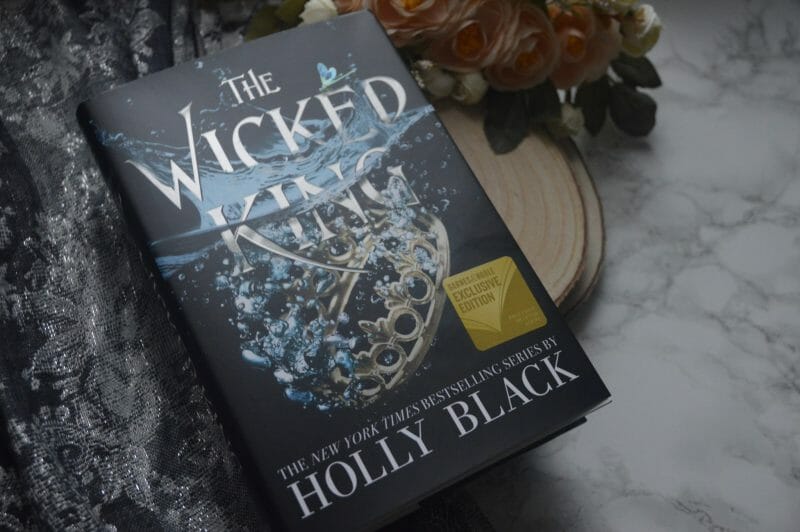 I’m trying something new with this post, I’m hoping to create designs like this one below for my favourite quotes and will be listing them on a fresh new Society6 page here. Positive or negative criticism welcomed! 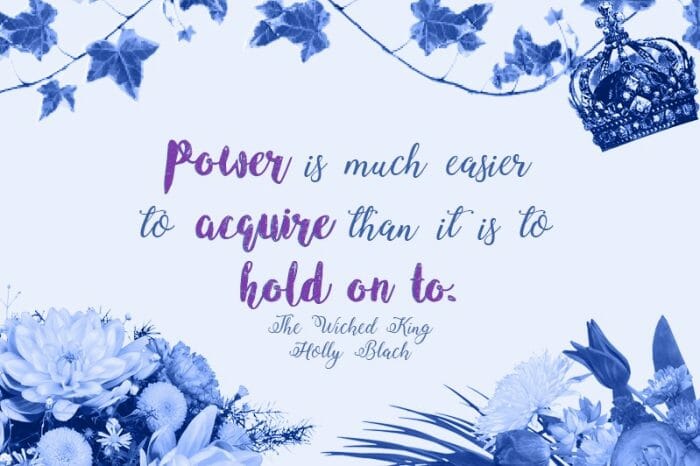 Previous Post: « Book Review | The Loneliest Girl in the Universe by Lauren James
Next Post: Feminist Icons Event with TeensGate »