I really enjoyed this story and was able to read through it pretty quickly on the whole, it has an f/f romance, Automae, political unrest, rebellion and scheming and it’ll grip you from the beginning. 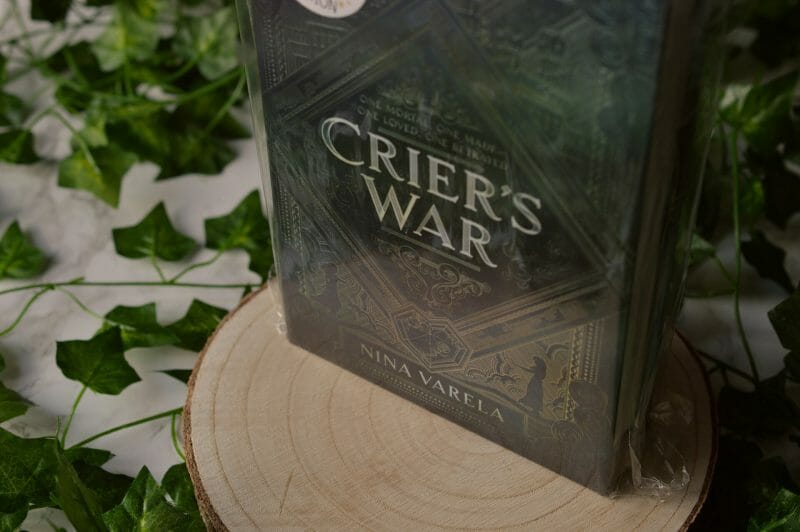 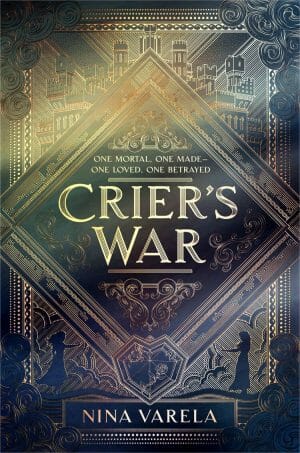 ‘After the War of Kinds ravaged the kingdom of Rabu, the Automae, designed to be the playthings of royals, usurped their owners’ estates and bent the human race to their will.

Now Ayla, a human servant rising in the ranks at the House of the Sovereign, dreams of avenging her family’s death…by killing the sovereign’s daughter, Lady Crier.
Crier was Made to be beautiful, flawless, and to carry on her father’s legacy. But that was before her betrothal to the enigmatic Scyre Kinok, before she discovered her father isn’t the benevolent king she once admired, and most importantly, before she met Ayla.
Now, with growing human unrest across the land, pressures from a foreign queen, and an evil new leader on the rise, Crier and Ayla find there may be only one path to love: war.’

Okay so… Crier’s War was a book I was seriously excited to read about. F/f romance, women fighting in rebellions and Automae sounded fantastic. The majority of the story had me absolutely hooked and dying to read more, Crier’s character is intriguing from the start and her actions throughout make you curious to keep on reading. The book is split mostly by alternating points of views, being Crier’s and Ayla’s. If you’re not a fan of two points of view though then carry on reading this review because I’ll explain how Varela does this in such a smart way.

For me though my favourite character was by far Ayla. I loved her courage from the beginning and she was feisty and headstrong throughout the majority of the story. I guess I was also more drawn to her chapters due to the human element of them though, which is a testament to Varela as even though Crier’s emotions are shown it’s obvious which chapters are whose.

Justice was a god, and Ayla didn’t believe in such childish things. She believed in blood.

The story itself is essentially about the humans trying to destroy the Automae, and some of the Automae hellbent on getting rid of all humans. This led to Crier’s War being full of acts of rebellion, secrets, manipulators and, of course, the villain to keep the intrigue throughout. It’s a little difficult to talk too much about the story as I don’t want to give away any spoilers but as the name itself suggests Crier is pinnacle to it and wants peace. It also works as a little nod to an internal war Crier deals with throughout.

There is a LOT of information given at the beginning of this book. If you’re a lover of knowing the history of a story and how it came to be then this book will have you hooked with detail.

The ending… there was a fantastic twist but also left me slightly confused? A lot happens very quickly and it ends on a huge cliffhanger (though hints are given throughout) which will make you want to continue reading the series.

“Humanity is how you act, my lady… Not how you were Made.” 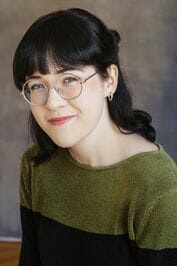 Nina Varela is a nationally awarded writer of screenplays and short fiction. She was born in New Orleans and raised on a hippie commune in Durham, North Carolina, where she spent most of her childhood playing in the Eno River, building faerie houses from moss and bark, and running barefoot through the woods. These days, Nina lives in Los Angeles with her writing partner and their tiny, ill-behaved dog. She tends to write stories about hard-won love and young people toppling the monarchy/patriarchy/whatever-archy. On a related note, she’s queer. On a less related note, she has strong feelings about hushpuppies and loves a good jambalaya. CRIER’S WAR is her first novel.
You can find Nina at any given coffee shop in the greater Los Angeles area, or at www.ninavarela.com. 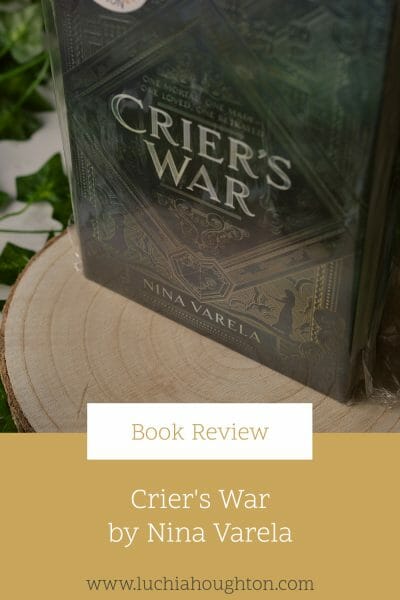