Bleach by Tite Kubo is definitely one manga series that many have heard of and, at the very least, have seen the anime series. For those not aware, I’m fairly new to reading manga, and I only really watched my first anime series properly (besides Pokémon, Digimon and Yugioh) a couple of years ago.

When Jordan found this out I could tell straight up how shocked he was, as he’s a major lover of Bleach, Fullmetal Alchemist and a couple of others (currently JoJo’s is his biggest obsession). He has every volume of Bleach and his love for it made me really want to pick up and see what the fuss was about.

So, here’s a review of all the manga for Bleach! It’s taken me a few months because I’ve been having job interviews sporadically throughout but I’ve 100% been converted.

Bleach pretty much straight up throws you into the action from the beginning. We find that our main protagonist, Ichigo, can see and talk to ghosts, but then he and his family are attacked by things called hollows. This introduces us to Rukia, a soul reaper and one of my favourite characters from the series, who drops in to help by defending them. She gets hurt during this and, as a result, Ichigo needs to take her powers and become a substitute soul reaper for a while. The action is quick but full of depth, and it’ll have you chuckling at the same time. 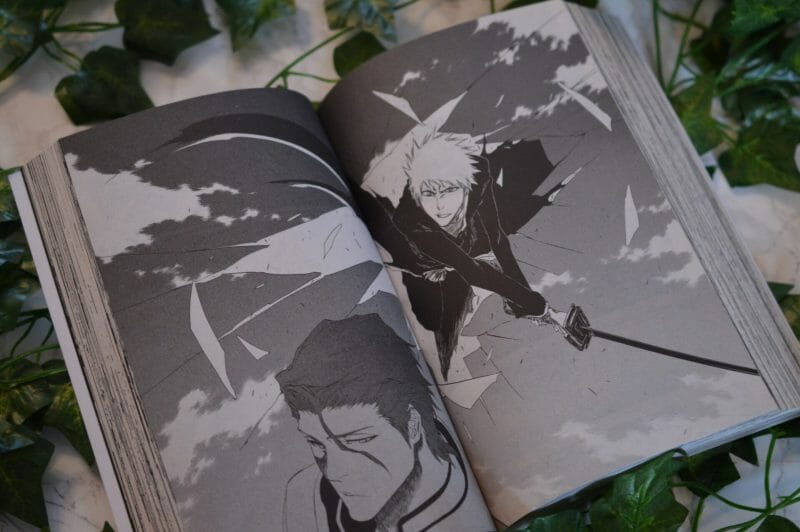 As I’ve said, Rukia is by far one of my favourites. She’s straight-talking but also adorable because she’ll always be the first to act to protect others. Ichigo is also endearing through his eagerness to help his friends and family, though his egotism kinda makes him less appealing. We have Kon too, who ends up being a soul “mod” stuck in a lion teddy bear. He basically just wants to be loved but he’s hilarious – I just wish we had more of him throughout! There’s one character called Nel too… she is adorable but I won’t say much more because she’s roughly halfway through the manga.

Ichigo is still a great main character, but I think the fact that there are others I prefer just goes to show the strength of the range of characters created by Tite Kubo.

Bleach was running for a very long time, but honestly the artwork is fantastic from start to finish. It might not be as detailed as some manga but Tite doesn’t cut corners. The soul reapers have powers called Bankai which are extreme moves with their swords (to put it simply) and the effort that’s gone into these are very clear to see. My absolute favourite Bankai of all of them has got to be Rukia’s, and I’m really excited for them to animate the last arc purely so we can see it in full colour and all of it’s beauty! 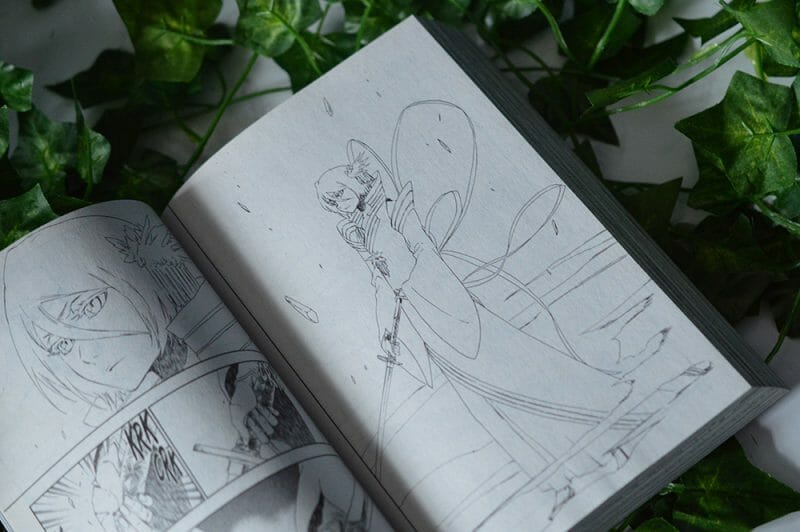 One thing I will say about my read through the manga though is that the ending was so… messy. The last arc itself was fast-paced but from volume 73 to 74 it just skips 10 years and you kind of have to accept that lots of things get left out? Jordan says that a lot of this get explained in Can’t Fear Your Own World, which is a light novel I’ll be reading soon so that I can understand but it meant that my reading experience of the manga itself was a little let down by the end.

Overall though, I think Bleach is a fantastic manga but just that the quality of it went a little downhill for the last couple of arcs. I loved Aizen by the end of it though, I think he has to be one of the best villains I’ve ever encountered in a series so that’s something. Some didn’t agree with the pairings at the end either but I quite liked it, mostly because we got to see each couple get closer and closer to each other throughout.

What are your thoughts on the Bleach manga?

✨ Is there a finished duology you can’t wait t