When I first started seeing Moriarty the Patriot I was immediately interested – I’ve loved stories of Sherlock throughout my life so I couldn’t wait to read a manga-take on his arch nemesis!

The story didn’t disappoint and I loved reading it, definitely excited for future volumes after reading this one too! 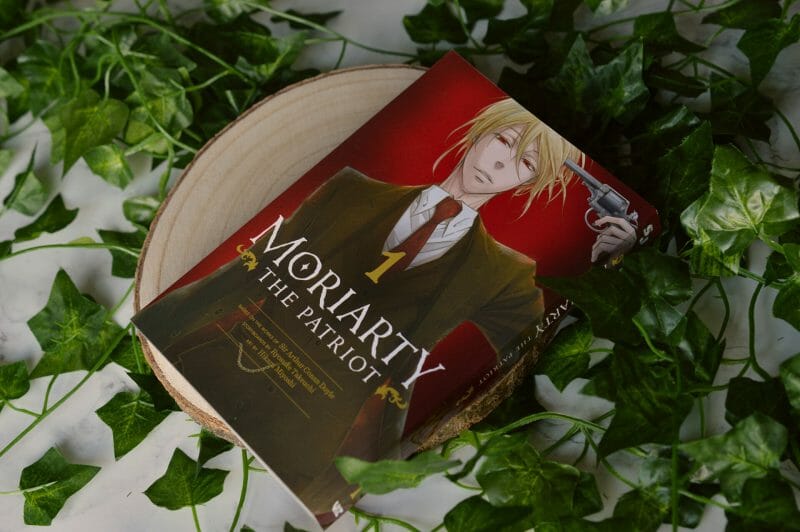 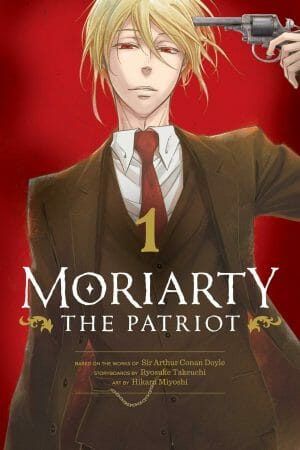 Before he was Sherlock’s rival, Moriarty fought against the unfair class system in London by making sure corrupt nobility got their comeuppance. But even the most well-intentioned plans can spin out of control—will Moriarty’s dream of a more just and equal world turn him into a hero…or a monster?

In the late 19th century, Great Britain rules over a quarter of the world. Nobles sit in their fancy homes in comfort and luxury, while the working class slaves away at their jobs. When young Albert James Moriarty’s upper-class family adopts two lower-class orphans, the cruelty the boys experience at his family’s hands cements Albert’s hatred of the nobility he was born into. He asks the older of the two boys—who has a genius mind and a killer instinct—to help him rid the world of evil, starting with Albert’s own family!

Moriarty the Patriot is the story of Sherlock’s biggest nemesis, how he became the villain most people have seen from adaptations. Personally, I’m a huge Sherlock story fan. From Benedict Cumberbatch’s portrayal even down to Basil the Great Mouse Detective. So when I saw this was going to be released I couldn’t help but be excited for it.

The first volume is *just* three chapters but these are each very long. The first chapter shows an extremely young Moriarty, living with a noble family although he himself is an orphan. It’s set around a time of nobles being treated as having more worth than anyone else and that unkindness is seen multiple times, including in one situation when Moriarty is whipped for no reason. Naturally, he wants to change the world and as it happens he’s already a genius with many things.

The heir to the noble house, Albert, is likewise disgusted at the way that the world is and wants to change it; so him, Moriarty and the other boy the family took in decide to start making the world a better place… starting with killing Albert’s parents and younger brother. With Moriarty’s advice, they make it look like the house just burned down due to an accident and chapter one ends with them all claiming to be the last of the Moriarty noble family.

After the first chapter, we get a time skip ahead to when Moriarty is 21, and he’s already a professor in England’s third established university by then (Durham). The family’s intentions are still to make the world a “good” place, but their actions are just as twisted as before.

Moriarty is basically an anti-hero throughout the story. He helps the common people by giving as much advice as he can but helps them even more by attacking the rich and noble. I found it to be a great take on him as he’s still very much doing villainous things but… it’s for the greater good.

I’m really excited to see where the story takes us, and I think that this is one of those manga that you’re best jumping into now when it’s fresh because, even though there’s only the three chapters, there’s so much happening in them. He shows how cunning he is and it’s easy to see how he could become a formidable opponent to Sherlock on the other side.

So, yep, check this out if you’re into Sherlock especially. You’ll probably love it as much as I did. 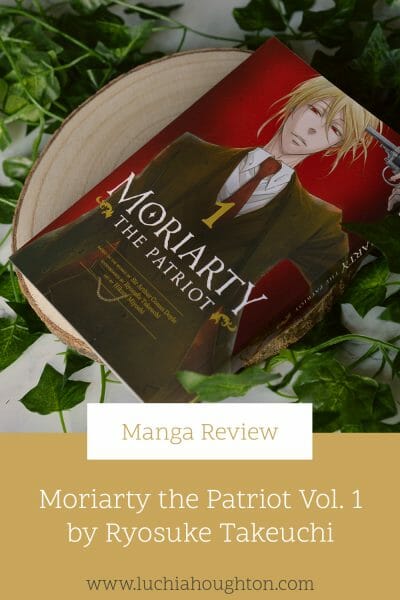