Today’s post is one that comes largely from the heart. From school to job interviews, there’s so much of an emphasis on things like ‘where do you see yourself in five years time’ and, honestly, I don’t think that’s fair on many people.

For the student who studies their entire life specialising in one vocation, such as Medicine, yes this makes sense but even then there’s nothing to say that Medicine will be the career they stay in forever.

To start, a little background on myself. Up until around the age of 15, I was hooked on the idea of being a palaeontologist. Nothing else. There was one time in Year 1 when I even wrote this down and my teacher at the time thought I was making up a word, for the record though it’s someone who studies dinosaurs (basically Ross from Friends).

I never stopped liking dinosaurs, but I eventually realised Palaeontology wasn’t what I wanted my career to be in. I changed to wanting to become a doctor, partly because it fitted in with my grammar school upbringing. Cue one week’s work experience in an Obstetrics and Gynaecology ward, when I got to witness first-hand someone giving birth! It was magical to see but the week taught me that it wasn’t where my passion lay.

Next up, Veterinary Medicine! I’ve always loved animals so it made sense to me. Work experience for this one? Six months of volunteering at Bleakholt Animal Sanctuary, one day at a vet lab, one week with an equine vet/dentist… and then I realised that I don’t think I could ever put an animal down.

Back to the drawing board by the end of my first year of sixth form/college – I thought about Geography. I wasn’t doing the A Level originally so convinced my teachers and the Deputy Head to let me do the entire thing in my last year. I enjoyed the subject so I actually ended up acing it with an A and then headed off to University for my BSc.

Now Geography was a great degree and I really enjoyed it, but I had no intention of having a career in the subject. After I graduated my next two jobs were very administration-focused (I had jobs throughout uni too, but mostly zero-hour contracts) until I got a job as a work coach for the DWP.

Whilst being a work coach, I started this site. It basically ignited a passion in me for writing that I’d pretty much lost over the years. I didn’t know if it was marketing or writing that I was most interested in so I ended up studying for a Master’s Degree in Digital Marketing.

My next job after that was a writing job. It was the longest I’d stayed in a job and the first time I’d ever really enjoyed what I did. Regardless, there was still a nagging thought in the back of my head – what if my real passion is marketing?

Eventually, I ended up taking a job as a Marketing and Administration Assistant for an equestrian business. There were a lot of non-marketing related duties I’d carry out on a day-to-day basis but I wanted to stick with it. I couldn’t really get a real gage on how I’d felt about the marketing aspects at the time. Then… COVID happened. The company made me redundant and then it was eight months of being unemployed before my next marketing job as a Digital Marketing and E-Commerce Assistant.

I’ll be honest, I mostly learned from this role that Marketing isn’t my real passion. Blogging was the area I loved the most, but it was basically solely writing that I enjoyed (design is also important though, of course).

Anyway, after that super long story I’ve gone back to the company where I was a writer. Yes, I took a detour. I lost out a lot having taken a pay cut and been unemployed for so long but it taught me a valuable lesson of where I want my career to be going. I want to be a writer and to keep writing until I can be as good as it as I can be. My detour took away the ‘what ifs’ and now I’m happy knowing that I can fully put my heart and soul into this career because I know it’s the path I want to take.

I’m writing this post for anyone who, like me a couple of years ago, just doesn’t know about their career. It can be scary and you can think you’re “behind” on everyone else – but it’s okay. Everyone discovers things about themselves at different points in their lives and there’s no ballpark age for you to follow. I was 26/27 when it really sunk in that a writer was what I wanted to be, some find that out sooner and some later.

There’s nothing wrong with trying something different too. It might be the best thing you ever do (like for me, completing my MSc and taking a writing job) or it could teach you what you definitely don’t want to do. You’ll learn something about yourself either way.

Regardless, the main takeaway is that your career should be one of the main things you prioritise. Jobs are what we spend most of our time doing normally anyway, so make sure you’ve found one that brings you joy because it’ll help a lot. 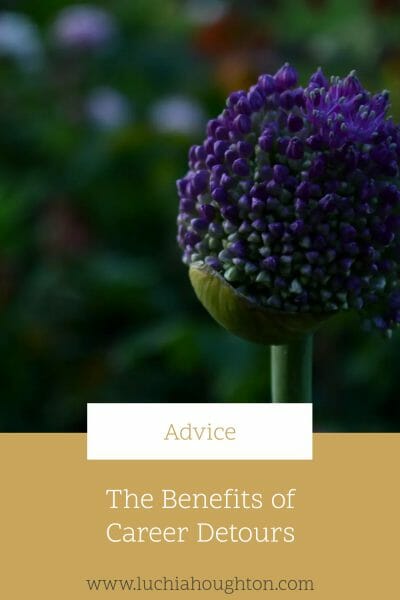