The Unbroken is a book that’s been pretty much all over Twitter, within the ‘golden trifecta of sapphic excellence’ from @yuancube. (100% adore the pic, check it out if you haven’t already). And well, I definitely understand it having read The Unbroken.

It’s a sapphic, military adult fantasy with great representation, pretty dark but basically it’s a great debut. I really enjoyed reading it overall and the characters are so complex and unique that I’ll definitely be picking up the second book to see where this goes.

Anyway, read on for my full review! 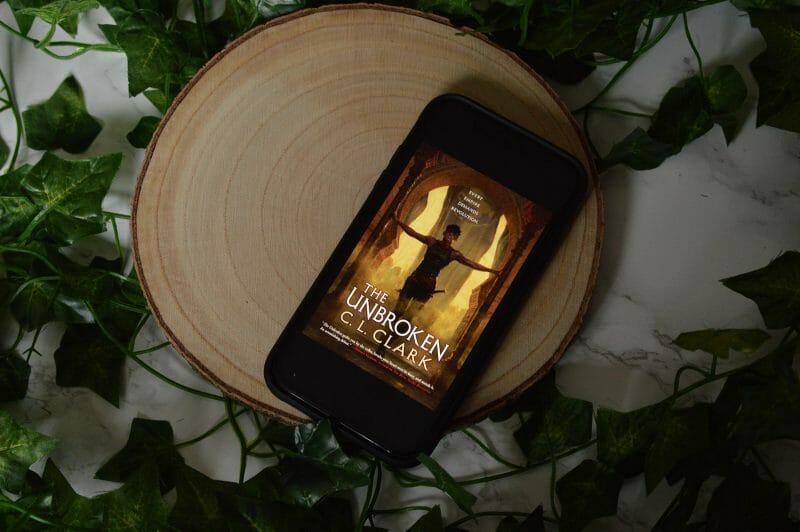 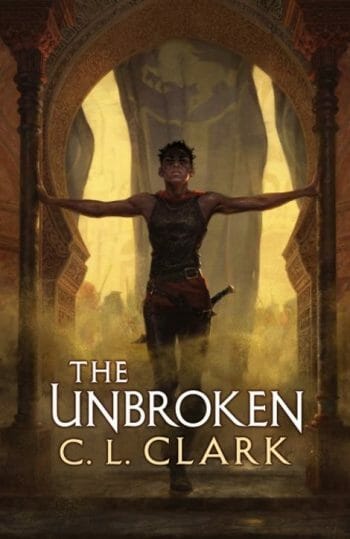 Title: The Unbroken
Series: Magic of the Lost #1
Author: C. L. Clark
Publisher: Orbit
Release Date: March 23rd 2021
Pages: 464
Source: e-ARC provided by the publisher through NetGalley (this in no way affects my review which is honest and unbiased)
Rating: ★★★★
Purchase Links: Amazon

‘Touraine is a soldier. Stolen as a child and raised to kill and die for the empire, her only loyalty is to her fellow conscripts. But now, her company has been sent back to her homeland to stop a rebellion, and the ties of blood may be stronger than she thought.

Luca needs a turncoat. Someone desperate enough to tiptoe the bayonet’s edge between treason and orders. Someone who can sway the rebels toward peace, while Luca focuses on what really matters: getting her uncle off her throne.

Through assassinations and massacres, in bedrooms and war rooms, Touraine and Luca will haggle over the price of a nation. But some things aren’t for sale.‘

The Unbroken is a military fantasy adult story and I can definitely say it 100% deserves the hype that has been built up around it. In terms of representation alone it was fantastic – with a black lesbian main character, another main character who is bi and has a physical disability due to injury, a non-binary side character and lots more rep within the side characters. Clark has created a queernorm world which is great to see.

But being able to be free with your sexuality is basically the main freedom you get in this world.

Our two main characters are Touraine, a soldier who had been stolen as a child to fight for what is basically a conquering nation, and Luca, who happens to be the princess and heir for that nation. Touraine is basically brainwashed from being a child into believing that she was fighting for the right, “winning” side. Luca is a little more complicated in the sense that she doesn’t think what’s happened before is necessarily right, but she doesn’t want to retract all the work done as she’s worried she’ll lose the chance to become queen if she does that.

Events happen which lead to Touraine having her role of Lieutenant stripped from her and she ends up being Luca’s “assistant” instead. From then the story remains a political play for the most part – Touraine is sent to try and negotiate with rebels on Luca’s behalf. The princess is of the belief that if she can stop the rebels in any way she can basically win her throne. The rebels though are understandably pretty reluctant to say the least – they’ve had children stolen and families killed thanks to the armies which would come under Luca’s command.

“Winning isn’t everything. It’s how you win that matters.”

For the most part though, Luca tries her best to make an effort to have everything happen peacefully. She even takes a big risk in an effort to win peace for all. I really liked her character and she was probably my favourite out of the two to follow, but she was still flawed in some of her actions. A lot of the time she had to just let bad things happen, because she couldn’t see any other way and didn’t want to lose support of the ‘nobles’, which are basically racist yet wealthy idiots.

Touraine is a lot more complicated as a main character, she’s effectively having her emotions tugged between her “family” (the other children stolen to become soldiers), Luca, the rebels and the army itself (her main dream was to become high up in the ranks so that her and her soldiers would be given more respect). She struggles to work out who’s best to defend and side with, leading her to basically have a journey of self-discovery along the way. I think she ends up making the best choice overall but at times I felt like screaming at my Kindle because she kept making dumb mistakes along the way. But, she’s clearly been brainwashed so at the same time it’s great to see her realise that and come out of the story as a better person, with more of an idea of who she actually is instead of who she thinks she should be.

She could choose who she was willing to die for.

If you enjoy a sweet trickle of magic then you’ll really enjoy this story, we have hints very early on and they just grow the further on you read.

So yeah, I really liked this overall! It was a great debut and I’m excited to read more from this series. 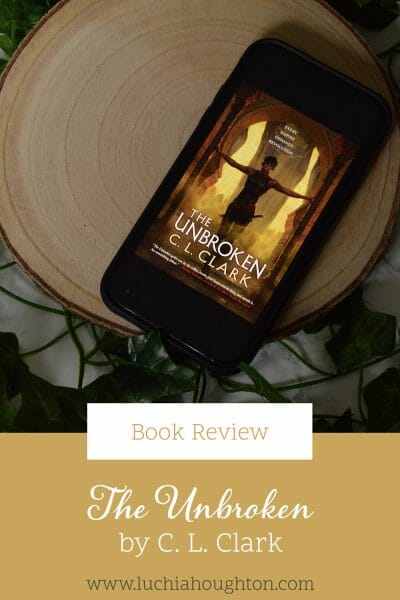