The Ones We’re Meant to Find had been a book I was super excited to get round to after seeing the cover and the synopsis. Two sisters desperate to find each other, ensuring a heart-wrenching story set in the future? It sounded amazing. 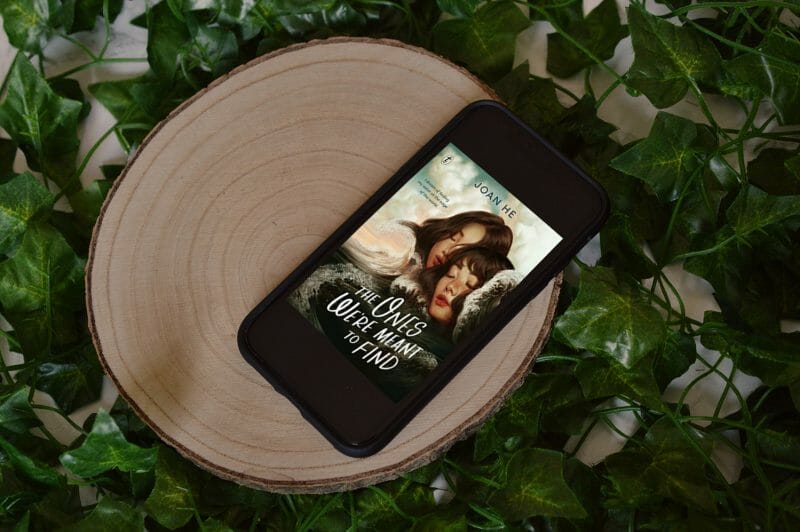 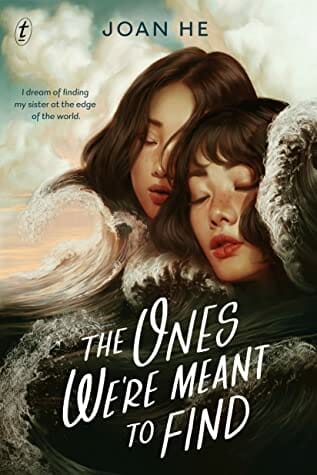 Title: The Ones We’re Meant to Find
Series: N/a
Author: Joan He
Publisher: Text Publishing
Release Date: May 4th 2021
Pages: 384
Source: eARC provided by the publisher (this in no way affects my review which is honest and unbiased) Hardcover bought by myself.
Rating: ★★★★

Cee woke up on the shores of an abandoned island three years ago with no idea how she got there. Now eighteen, she lives in a shack with an ageing android, and a single memory: she has a sister, and she has to escape to find her.

From the safety of the eco-city floating above Earth, now decimated by natural disasters, sixteen-year-old Kasey mourns Cee whom she’s sure is dead. She too wants to escape: the eco-city is meant to be a sanctuary for people who want to save the planet, but its inhabitants are willing to do anything for refuge, even lie. Is Kasey ready to use technology to help Earth, even though it failed her sister?

Cee and Kasey think that what they know about each other and their world is true. Both are wrong. If you loved We Were Liars or Black Mirror, you’ll love The Ones We’re Meant to Find, a clever, inspirational scifi thriller with a dash of Studio Ghibli.‘

The Ones We’re Meant to Find centres around two sisters, Cee (Celia) and Kasey (Kay). Cee is the older sister, it’s mentioned a lot that she’s far more of a ‘people person’ than Kay who is basically an awkward genius. One thing that threw me off is that I should have connected to Kay more on the awkward side, but I found it extremely hard to relate to her. Her chapters were very scientifically focused but with the mystery of her sister’s disappearance thrown in, and she barely shows any emotion throughout.

Having said that… Joan’s overall world building is spectacular. The whole concept of people living in cities in the sky and the emphasis on human error making it such is a statement in itself. I think even if this hadn’t had the sister story woven through it would have been a brilliant story.

Cee though, she’s a survivor. Her parts of the story were my favourites and seeing her fight and fight to get to her sister was great. For the most part she’s alone on an island with just an automaton called U-Me to speak to, and it really does hurt your heart a little to read how she’s so alone. Eventually, another washes up on the shore being a guy who eventually goes by the name of Hero, and it’s so lovely to see Cee have someone finally.

Kay spends the majority of the book unravelling mysteries as she tries to find out what happened to Cee, whilst also trying to set the wheels in motion to save humanity. As I’ve mentioned, it was harder to read her chapters due to the overall lack of emotion she shows but then, it’s pretty understandable as she’s dealing with having lost her sister.

There’s a character who is essentially the villain of the story too. I won’t give anything away about them at all though aside from the fact that I didn’t see it coming? At all…

It’s hard to actually write my full thoughts on this without giving too much away, after the half way point we get a LOT of revelations and answers. In some ways it makes it slightly more confusing, but at the very end everything just kind of pieces itself together?

I’m updating this review after a year, because honestly I’m still thinking about how this ended? The fact that it’s stuck with me this long is a huge testament to Joan’s remarkable storytelling.

“I don’t think either of us came here by choice. And I think we have even less choice over the ones we’re meant to find.” 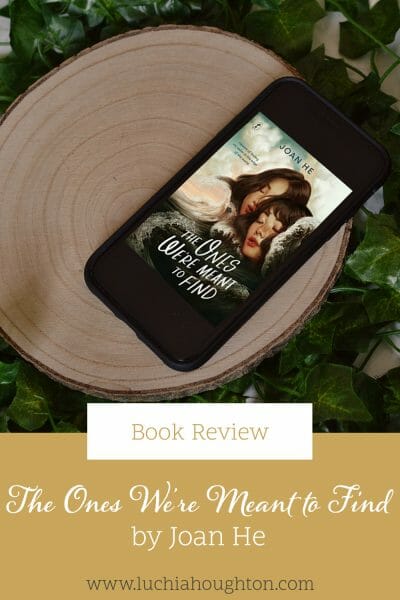