Recently on my site I did an interview with Destiny Soria as part of the TBR and Beyond Blog Tour for Fire with Fire.

Well, I just finished it this week and I am in love. It was such a great, fairly quick, read, and I adored the dragon within the story!

Anyway… read on for my full review! 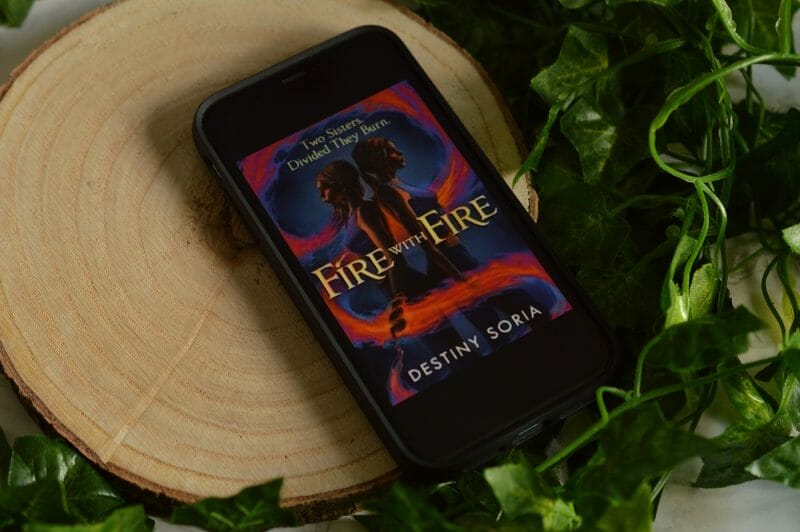 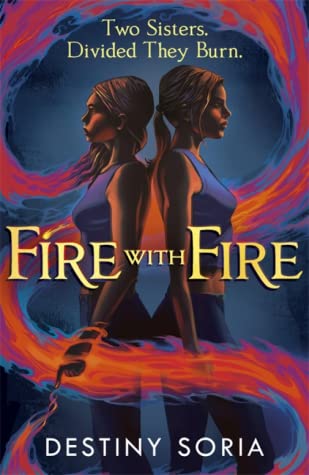 Two sisters raised to be fierce dragon slayers end up on opposing sides of an impending war when one forms an unlikely, magical bond with a dragon, in this exciting, fresh contemporary young adult fantasy.

Dani and Eden Rivera were both born to kill dragons, but the sisters couldn’t be more different. For Dani, dragon slaying takes a back seat to normal high school life, while Eden prioritizes training above everything else. Yet they both agree on one thing: it’s kill or be killed where dragons are concerned.

Until Dani comes face-to-face with one and forges a rare and magical bond with him. As she gets to know Nox, she realizes that everything she thought she knew about dragons is wrong. With Dani lost to the dragons, Eden turns to the mysterious and alluring sorcerers to help save her sister. Now on opposite sides of the conflict, the sisters will do whatever it takes to save the other. But the two are playing with magic that is more dangerous than they know, and there is another, more powerful enemy waiting for them both in the shadows.‘

Fire with Fire is a story that’s filled with found family and familial bonds. It’s a story sure to play with your emotions and you’ll devour it pretty quickly.

Up to around 20% of the book I was enjoying it, it was a really nice look into Dani and Eden’s home life. It’s obvious that Dani has a lovely set of friends and Eden is a little too obsessed with trying to be the best. Early on we see that Eden struggles with anxiety and honestly, I loved that representation being present. There is also bisexual representation with Dani and they have a Mexican mother and Scottish father, which makes for a lot of Latino references which I really enjoyed.

About 20% of the way in, Dani encounters a dragon. Obviously, he was aiming on killing her. However, when they meet they end up with a rare soul bond forming between them. The soul bond is completely awesome, existing between a human and dragon, and it essentially means that their thoughts are linked and the human becomes basically immortal. Clearly, this is a slight issue for a supposed dragon slayer like Dani. The conflict they both feel from the beginning is clear to see, but seeing them learn to forgive each other for their respective pasts and become pretty much best soul friends is just so endearing. Nox’s character is such that he’s a bit of a snarky dragon, but with a big heart (especially where Dani is concerned). It’s adorable and made me want a soul bond with Nox whilst reading.

“I would rather do anything than ask a slayer for help, but there is no other way. I need you.”

So, you have the dragon slayers and the dragons… and the sorcerers. We meet the high sorcerer, Calla, very early on and it’s clear to see that Eden is in awe of her. There’s a lot more to the sorcerers that meets the eye though and this ends up being a huge part of the story itself.

But, I won’t go too far into spoiler territory.

Another group of people we meet are Dani’s friends, which is most notably Tomás but an old best friend of Dani’s, Sadie, quickly joins the group. Found family is a bit of a soft spot for me and you can tell that’s exactly what the two are to Dani. She might have a family that loves her but to top it off she has these two friends who are ready to do whatever it takes to help and support her. Dani has rough moments with the two of them, most notably Sadie (for past reasons), but in the end they’re there for her and it’s just one of those friendship groups you can’t help but feel a little envy towards.

Eden has what she probably believes is found family too, but it’s far more toxic and really more like a cult that anything else… She loses a part of her humanity and one thing I found interesting is that whilst she’s outwardly denying that humanity she doesn’t really have the panic attacks or suffer from anxiety. It definitely seems like this is intentional, Destiny’s way of saying that they’re human emotions and so it’s okay to… well, not be okay. And I loved that. It’s a great way of representing mental health and I loved this story all the more for it!

The only thing I’d say I didn’t like is that the first 20% was a bit slow for me, but after that point… excuse the pun but the story was on fire.

I’d definitely recommend Fire with Fire if you’re looking for a quite, overall cute read with a dragon to fall in love with (think Toothless-like but with Smaug’s sass). I can’t wait to grab a finished copy for myself! 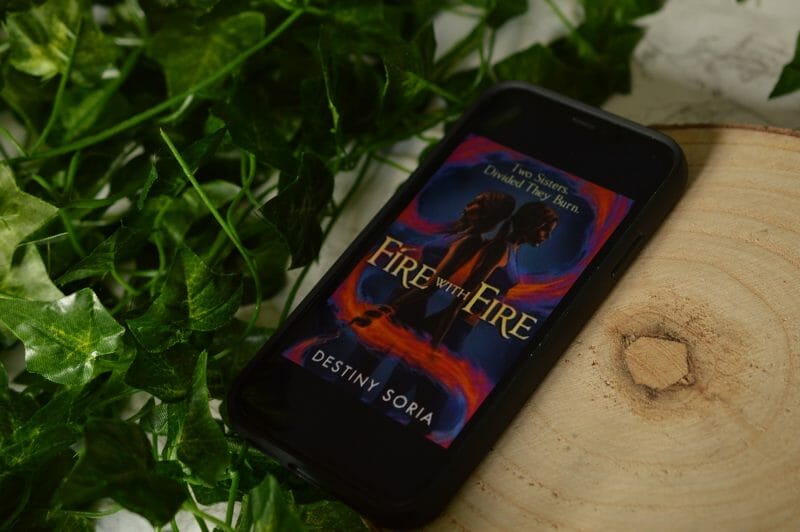 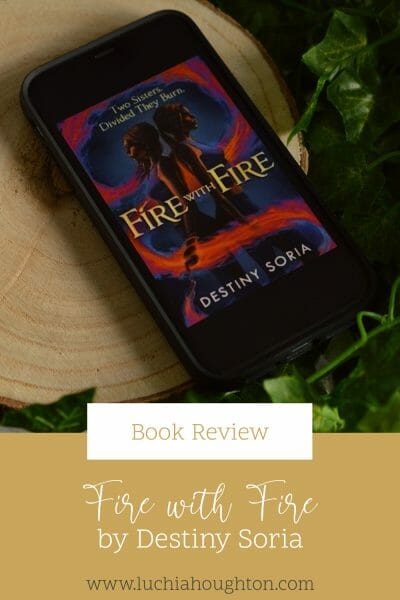