Today’s book review is uncharacteristically early for me; however, since I saw about These Hollow Vows I was excited because hello fae world? Can’t get enough of it. And it was compared to both The Cruel Prince and ACOTAR, and that’s a comparison I just couldn’t resist…

Even though I was heading in with very high expectations though… I actually ended up loving it more than I thought I would. Ridiculously huge thanks to Kate from Hodder for the proof (which, in itself, is a purely beautiful book)!

Read on for my full review of this #HotFaeSummer book! 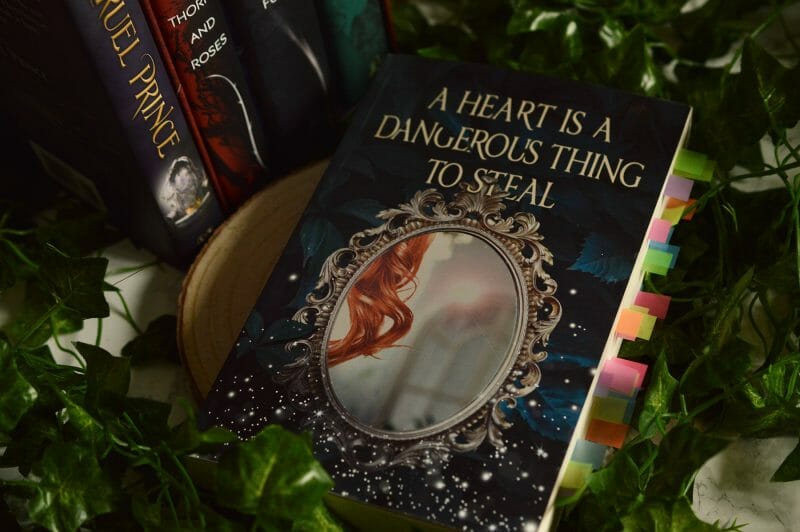 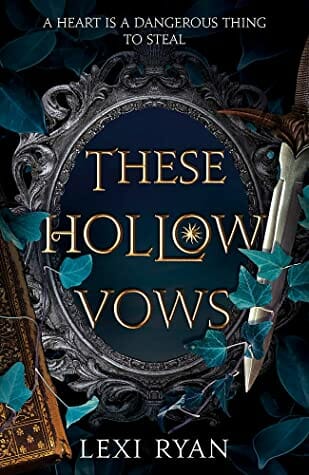 ‘From New York Times best-selling author Lexi Ryan, Cruel Prince meets A Court of Thorns and Roses in this sexy, action-packed fantasy about a girl who is caught between two treacherous faerie courts and their dangerously seductive princes.

Brie hates the Fae and refuses to have anything to do with them, even if that means starving on the street. But when her sister is sold to the sadistic king of the Unseelie court to pay a debt, she’ll do whatever it takes to get her back—including making a deal with the king himself to steal three magical relics from the Seelie court.

Gaining unfettered access to the Seelie court is easier said than done. Brie’s only choice is to pose as a potential bride for Prince Ronan, and she soon finds herself falling for him. Unwilling to let her heart distract her, she accepts help from a band of Unseelie misfits with their own secret agenda. As Brie spends time with their mysterious leader, Finn, she struggles to resist his seductive charm.

Caught between two dangerous courts, Brie must decide who to trust with her loyalty. And with her heart.‘

These Hollow Vows starts off in the human world, and we find out that fae kind of just appeared to humans one day. I won’t lie, I wish this would actually happen. Would 100% go jump into the fae world. Our main character, Brie, is basically the most anti-fae person in the story though, and that makes sense due to what we find out about her history. Added to that, humans are being sold to fae as slaves and so she can’t help but be disgusted at the idea of fae.

She lives with her sister, Jas, and the story starts off in a very Cinderella way – an evil Aunt keeps them in a small basement room and makes them both do chores for her daughters. It pulls on your heart strings but we find this out after seeing that Brie is willing to go as far as possible to keep those she loves safe. Jas is super sweet during the beginning of the story, she’s a sunshine type of girl who radiates happiness to those around her and you can tell she’s the type of kind-hearted person who struggles to hold a grudge.

We also meet Bash very early on, her hunky neighbour training to be a mage. I found it a little predictable and expected what happens with him early on in the book but… I still very much so enjoyed the reveal of it.

Unfortunately, on the same day that a ball is announced in the Seelie Court, Brie finds out that her aunt has decided to sell her sister to the Unseelie King as a slave. Even though Brie can’t stand the idea, she realises that her best chance to save her sister is to go to the ball and try find her way to the Unseelie Court. Cue one fast-paced main storyline of Brie running around trying to save her sister no matter what.

I’m a sucker for fairytale influences and there’s a fair bit in These Hollow Vows. Aside from the early Cinderella comparison we also get a mirror that shows you what you ask it to show… like in Beauty and the Beast. And there’s a wardrobe you head into which takes you elsewhere, I guess a little like the Narnia wardrobe. They’re all elements that fit so well into the fae world though and Lexi does an excellent job at making them work for the story. We also get to meet goblin

“Where do you think legends begin, if not from truth?”

Princes though. Hot. Damn. I can’t lie, the Unseelie Prince Finn went and stole my heart from the very beginning. You know those characters that act moody as hell but then… actually a cinnamon roll (albeit a confusing one)? Yep. I loved him. He’s the heir to the Unseelie throne but his horrid Uncle is claiming it instead, so he tries to get Brie to help him get the throne back.

I’m going to contradict myself here, because usually I don’t like love triangles. But there is one in These Hollow Vows with Brie, the Unseelie Prince and Seelie Prince and it just works so well. Lexi writes it in a believable, natural way and you can really see how conflicted it makes Abriella. (I still rooted for Finn throughout though, definitely Team Finn always).

Usually I just spread all of my favourite quotes around reviews, but I loved this book so much I had too many… it’s full of moments that pull at your heart strings and for me, that’s the most important part of a story. If I can feel connected enough to the characters that I get butterflies every time one says something super sweet then that’s a definite win. So, five of my favourite quotes below and let’s play a little game of guess whether the Seelie or Unseelie Prince said them! Numbered for ease…

This is just a little challenge for fun, you can work it out whilst reading the book (as long as the quotes remain the same), but I’ll be picking up a finished copy at some point so I’ll see if that works out. But just… it’s moments like the above that had me absolutely falling in love with this story. If you’re a sucker for a good old fashioned bit of swoonery then These Hollow Vows is perfect for it. There’s a little in the way of found family for Abriella too with Finn and his friends but that’s a little complicated. There are some very sweet moments during it though that I also adored.

Faerie can’t exist without the light and the dark, the sun and the shadow.

This first part of the story is tied up pretty well on the whole, you can tell there’s definitely at least one more book (though I already know I definitely would pick up more than that). There’s a clear end to it but it also sets up something huge for the next part of the story.

In essence, if you can’t tell already… I really loved this and I’m dying for the next part to see what happens to Abriella! More Finn is also needed in my life too. That’s a fact. But yeah, will 100% be getting a finished copy and trying to amass any special editions I can get my hands on too! 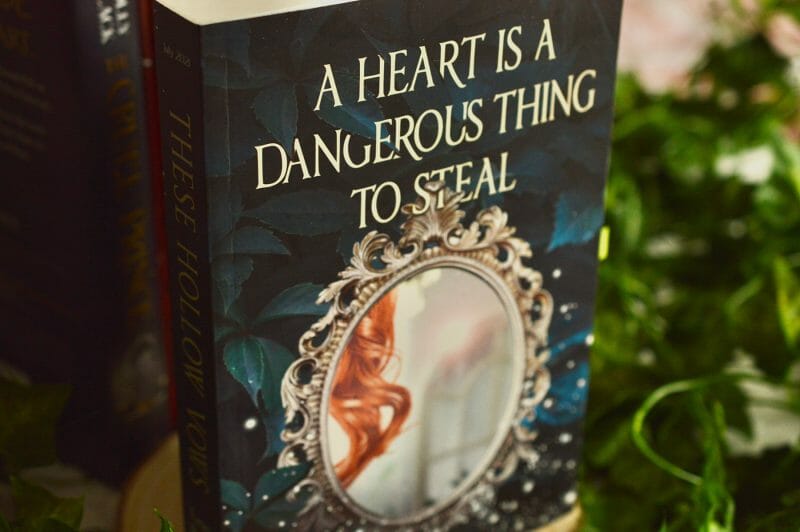 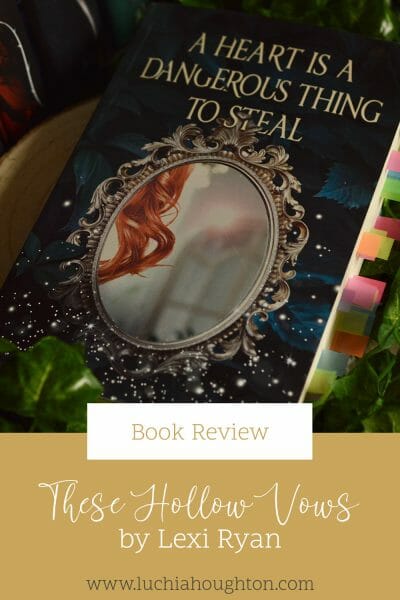 Of course, The Cruel Prince by Holly Black and A Court of Thorns and Roses series by Sarah J. Maas are two fae stories that should be mentioned, since These Hollow Vows can be compared to them in being a little smutty with fae and human characters. One other I’d like to mention though is A Dark and Hollow Star by Ashley Shuttleworth because it’s another fae story I’ve 100% loved this year! An Enchantment of Ravens by Margaret Rogerson is another safe bet for a fae story. 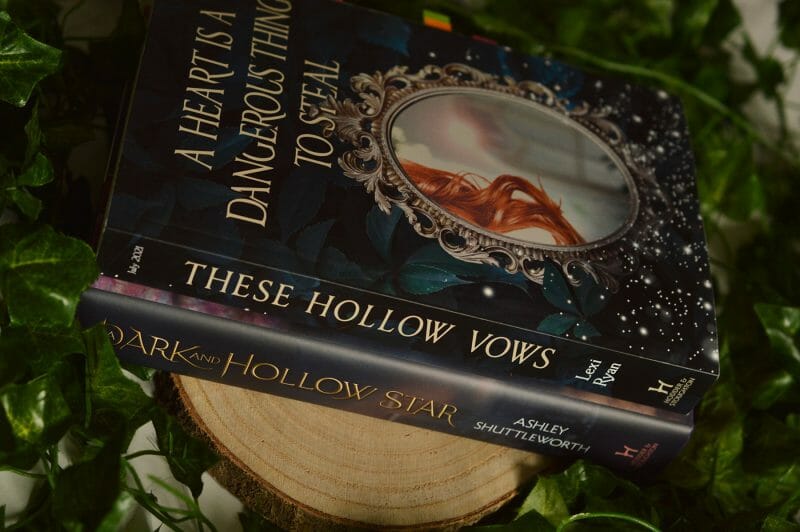