As soon as I saw the synopsis for The Keeper of Night, it piqued my interest! A Japanese setting with Yokai and Shinigami? It sounded so awesome.

I wasn’t let down, I really enjoyed The Keeper of Night and I’m excited to see what else Kylie writes in the future! It’s definitely a strong debut, and if you haven’t already checked this out I’d absolutely recommend doing so! 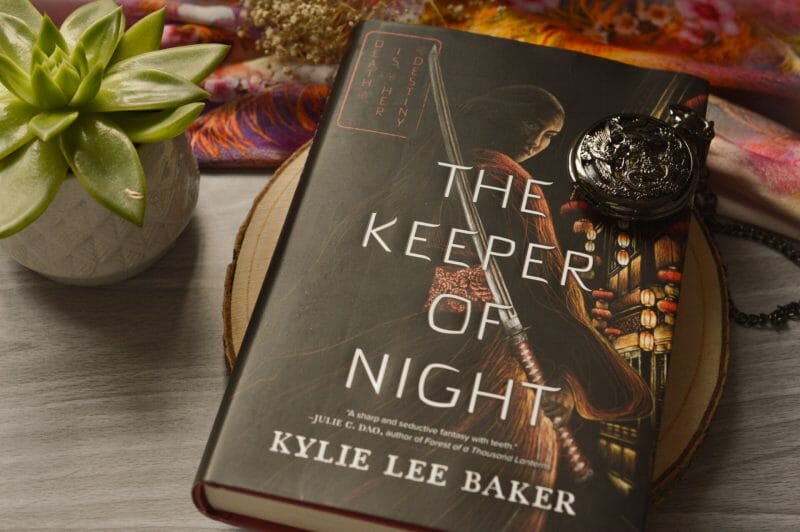 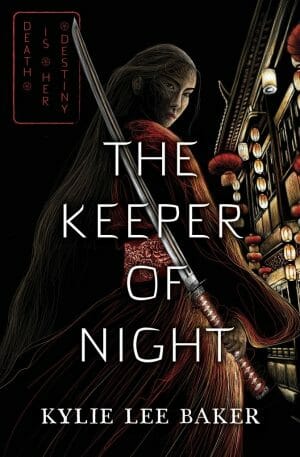 ‘Death is her destiny.

Half British Reaper, half Japanese Shinigami, Ren Scarborough has been collecting souls in the London streets for centuries. Expected to obey the harsh hierarchy of the Reapers who despise her, Ren conceals her emotions and avoids her tormentors as best she can.

When her failure to control her Shinigami abilities drives Ren out of London, she flees to Japan to seek the acceptance she’s never gotten from her fellow Reapers. Accompanied by her younger brother, the only being on earth to care for her, Ren enters the Japanese underworld to serve the Goddess of Death… only to learn that here, too, she must prove herself worthy. Determined to earn respect, Ren accepts an impossible task—find and eliminate three dangerous Yokai demons—and learns how far she’ll go to claim her place at Death’s side. ‘

The Keeper of Night was jam-packed with action from the very beginning, starting with Ren acting as a Reaper in London and showing us just how emotionally disconnected she is. Pretty much straight after the soul collection we find out why, as she has a run in with other Reapers who refuse to accept her due to her looking like a Shinigami.

Being half-British and half-Japanese, her troubles due to this are outlined from the beginning. I felt so sorry for her, its easy to see how it leads to her struggling to know who she is as she’s consistently just told instead throughout the story who others think she isn’t. There’s barely any acceptance for her aside from the overwhelming support of her brother, Neven, who runs away with her to Japan because to him — she is his sister, and nothing else matters.

Now, hands down Neven is my favourite. His unwavering brotherly devotion to Ren was so lovely, and it was hard to see Ren’s reaction to this due to how closed off she’s had to become? Nevertheless, he sticks by her pretty much at all times. Even though he’s a Reaper, and really shouldn’t care so much, he has a strong moral compass. It just makes him all the more endearing.

There’s a lot of bullying that happens in The Keeper of Night, and although it was hard to read at times it did really help to show the extent of what Ren has had to go through. Even when she finally ends up “home”, she has to essentially prove herself before even being considered as a Shinigami, regardless of the fact that she is the daughter of a Shinigami and she has the powers as well.

I couldn’t put myself into Ren’s shoes completely, but I think for anyone who can then this would be a really important read. With an extended lifespan, her personality is the result of centuries of being bullied for her identity, and even though I can’t fully relate I can definitely understand how being a target by bullies for so long would drive you to being colder. At times, she’s still a loving sister who will defend Neven to death, but her selfishness shows out for the most part. But again, she’s clearly dealing with centuries of PTSD, so it makes sense?

And girls who would burn the world down to get what they want? That’s Ren.

When she’s in Japan, she has to prove herself to Izanami, the Goddess of Death, by killing three Yokai demons. They’re thought to be extremely powerful and we’re introduced to a story for each of them before we meet them, and I loved this part of the world-building! In fact, all of the mythology used in the world-building, from the British Reapers to the Japanese underworld, Yomi, was probably my favourite part of the story overall. With everything being so centralised around death it makes for a dark read, but one that you can’t help but be dragged into.

Characters wise, we have Ren, our closed off main character; Neven, her brother; and Hiro… a mysterious aspiring Shinigami who just seems to want to be accepted. He’s another outcast within their group, and Ren connects to him very quickly through shared trauma due to not being accepted. Neven on the other hand… doesn’t seem to trust him with a bargepole.

The pacing is fairly fast throughout, you aren’t left waiting for some action for long. But at the end? Hold on to your hats because it’s a wild time then! It definitely left me in a state of wanting for the next book though, and I’m excited to see what else Kylie writes in the future! (The Scarlet Alchemist looks excellent already!) 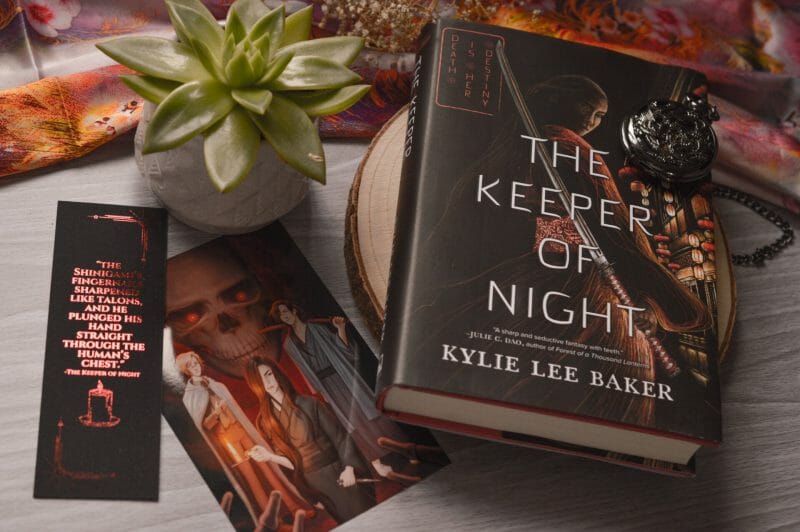