Are you looking for an East Asian-inspired fantasy world that will give you Ghibli vibes, and are you a fan of unique magic systems?

If so, you should probably check out Rebel Skies by Ann Sei Lin. 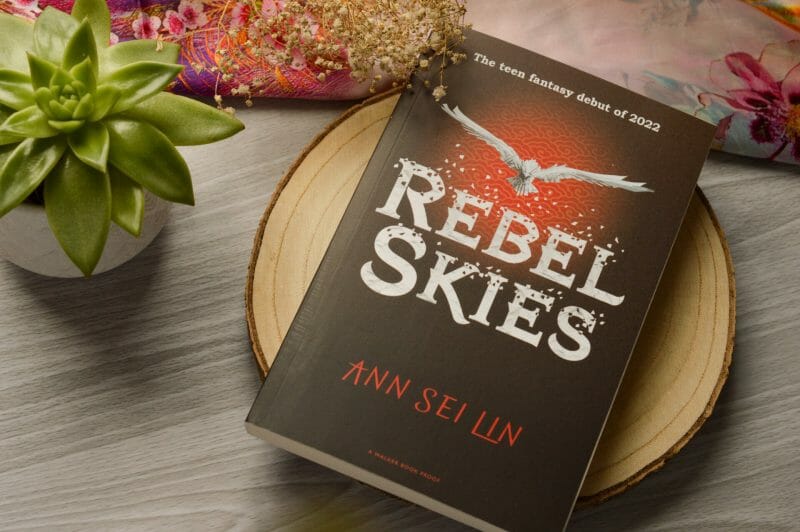 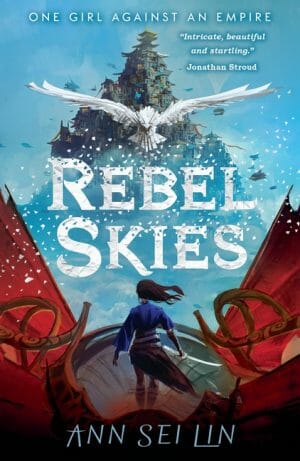 ‘Teen fantasy adventure set in a world of flying ships and sky cities, where chosen ones have the ability to bring paper to life and work as Crafters – people who hunt wild paper spirits called shikigami. Inspired by Asian culture and exploring themes of empire, slavery and freedom.

Kurara has never known any other life than being a servant on board the Midori, but when her party trick of making paper come to life turns out to be a power treasured across the empire, she joins a skyship and its motley crew to become a Crafter. Taught by the gruff but wise Himura, Kurara learns to hunt shikigami – wild paper spirits who are sought after by the Princess.

But are these creatures just powerful slaves for the Crafters and the empire, or are they beings with their own souls – and yet another thing to be subjugated by the powerful Emperor and his Princess?‘

Rebel Skies is an enchanting young adult debut, set in a world with floating cities, flying ships and incredible paper spirits. The story definitely gives off Studio Ghibli vibes if you’re looking for that in a book!

The story is told from two main perspectives: Kurara, the main character who finds out she’s a Crafter; and Himura, a talented, fully trained Crafter with his own shikigami (paper spirit) as a familiar. Before I go into anything else, I have to talk about Himura’s familiar, Akane. Akane is a paper fox spirit and he is THE CUTEST THING. He’ll do anything for Himura and he’s always so bubbly and happy, he was an absolute treat to read about.

The story is set up initially showing how destructive the shikigami can be, and Ann Sei Lin has crafted an amazing history for these creatures within a relatively short book. We’re shown that these paper spirits can be tied to a Crafter, essentially turning them more into an extension of the Crafter than a singular being. I adored this element, and it added so many layers into the story, including moral questioning. Overall, the entire world building that has gone into Rebel Skies is very impressive.

Kurara’s story is compelling throughout, and I quite liked her as a main character. It’s a case where I can’t say too much, because the worst thing would be to give you spoilers! But I’m looking forward to reading more of Kurara’s story in the sequel. Himura was a little more difficult to like, but I think that’s because many of his beliefs seemed to be the polar opposites to that of Kurara, and I definitely empathised with her a lot more. I hope in the next book he’ll realise certain things and begin to atone for them.

There were a couple of interesting side characters too! Namely that of Sayo and Tomoe, two female members of the crew of Himura’s ship who seem to like each other, but are scared to admit it. It was a nice little addition to the story and I adored Tomoe’s character in particular, she’s very bold and I loved that. I would definitely like to learn more about them in general in the next books though! 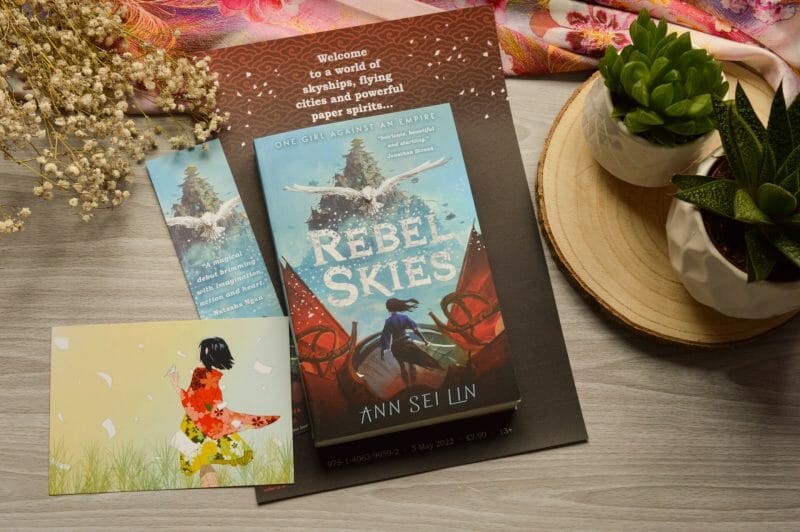