Hello hello and it’s time for another 2022 debut review! Today’s review is for The Darkening by Sunya Mara, a truly interesting story with a unique magic system in place and… morally grey characters with some enemies-to-lovers thrown in!

If you like the sound of the above then this is absolutely a book you should check out, as The Darkening tells the tale of a girl on a mission to save her father, whilst hoping to save what could be the very last part of civilisation at the same time. 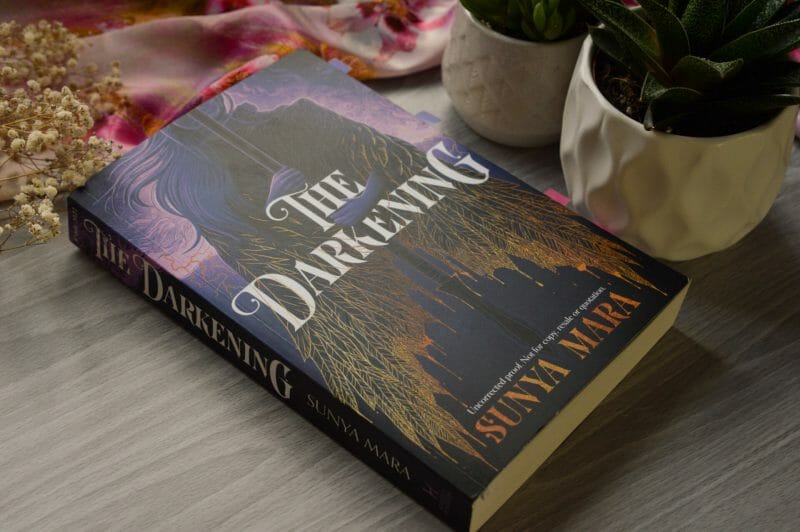 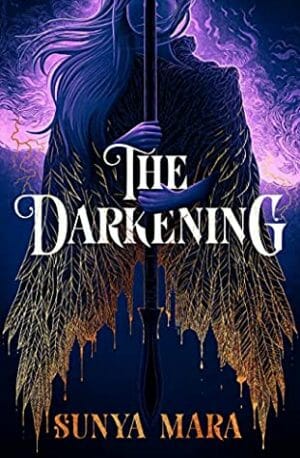 Title: The Darkening
Series: The Darkening #1
Author: Sunya Mara
Publisher: Hodder & Stoughton
Release Date: July 5th 2022
Pages: 400
Source: ARC provided by the publisher (this in no way affects my review which is honest and unbiased)
Rating: ★★★★

In this thrilling and epic YA fantasy debut the only hope for a city trapped in the eye of a cursed storm lies with the daughter of failed revolutionaries and a prince terrified of his throne.

Vesper Vale is the daughter of revolutionaries. Failed revolutionaries. When her mother was caught by the queen’s soldiers, they gave her a choice: death by the hangman’s axe, or death by the Storm that surrounds the city and curses anyone it touches. She chose the Storm. And when the queen’s soldiers–led by a paranoid prince–catch up to Vesper’s father after twelve years on the run, Vesper will do whatever it takes to save him from sharing that fate.

Even arm herself with her father’s book of dangerous experimental magic.

Even infiltrate the prince’s elite squad of soldier-sorcerers.

Even cheat her way into his cold heart.

But when Vesper learns that there’s more to the story of her mother’s death, she’ll have to make a choice if she wants to save her city: trust the devious prince with her family’s secrets, or follow her mother’s footsteps into the Storm.

The Darkening is a truly fascinating debut, with a story set within a fantasy world that it is at the eye of a deadly storm, one that is closing in on the world more and more. A deadly storm in itself wouldn’t be too bad, but we’re quickly introduced to a house full of “stormtouched” people, those who have been too close to the storm and become cursed as a result. One thing I loved about this part of the story is that each person gains a different curse, and though it doesn’t seem like a curse to everyone it’s always a true nightmare to the person with the curse.

‘If nightmares had music, they’d sound like the Storm.’

The start is extremely fast-paced, and soon our main character, Vesper, suddenly has her entire life upended as her father is taken to be held a prisoner by the Wardana, soldiers who fight the Storm’s advances the best they can.

The magic system used to fight the storm, and seemingly also power electricity and do anything to help improve lives, is ikonomancy. This involves drawing symbols to then have actions. For the most part, the magic system isn’t really explained but I think this is to reflect the fact that our main character hasn’t actually been told that much about it. Even though her father is one of the most talented ikonomancers ever, he refuses to teach her the art itself as he hopes that will keep her safe. With the story told in first person, it makes sense that we have a limited idea of the concept.

But fate intervenes, and Vesper finds herself pretty much on an espionage mission to try and save her father, working with a secret revolutionary along the way.

She finds herself in the heart of the Wardana home, working a little too close to Prince Dalca himself. Desperate Dalca, we shall call him, as he’s next to basically become an empty shell for an ancient god. Seeing this take his mother away from him has left him lonely and afraid, and he’ll try whatever he can to escape his mother’s fate. Also, cue a little enemies-to-lovers going on between our headstrong main character and one of the Wardana! It was a little bit of a rollercoaster, but I am always a sucker for that in a story.

Other tropes you can expect? A little bit of found family, but it’s complicated, because pretty much every character is morally grey! I did really enjoy the obvious internal struggle Vesper goes through when it came to who she could trust. Like any young adult, she makes some wrong choices along the way but the pay-off is perfect.

In terms of the most important characters, we have Vesper, Prince Dalca, Casvian and Izamal. Izamal is from the far outskirts, closest to the Storm like Vesper, and he just wants to help people from his area. Casvian… I hated him at first, I really did. But Sunya managed to make me do a complete 180 with him and love him by the end. Regardless of my feelings towards him, he’s a bit of a pompous know-it-all who thinks he’s better than everyone else, something that doesn’t really change that much.

Overall, I really enjoyed this read and although the pacing was a little strange for me at times (it felt super-fast, chilled and then super-fast again) I’ll definitely be picking up the next instalment as soon as I can, I have to after the ending to this part! 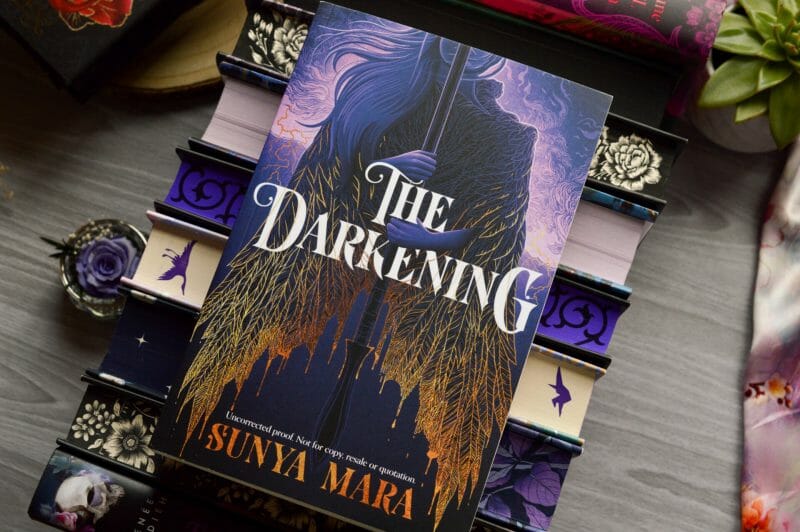