Today’s review is for a wonderful 2022 debut, This Vicious Grace by Emily Thiede. If powerful main characters and sassy bodyguard romances are your thing then you should definitely check out this story!

Read on for my full review, but this was an easy 4.5 stars to give! 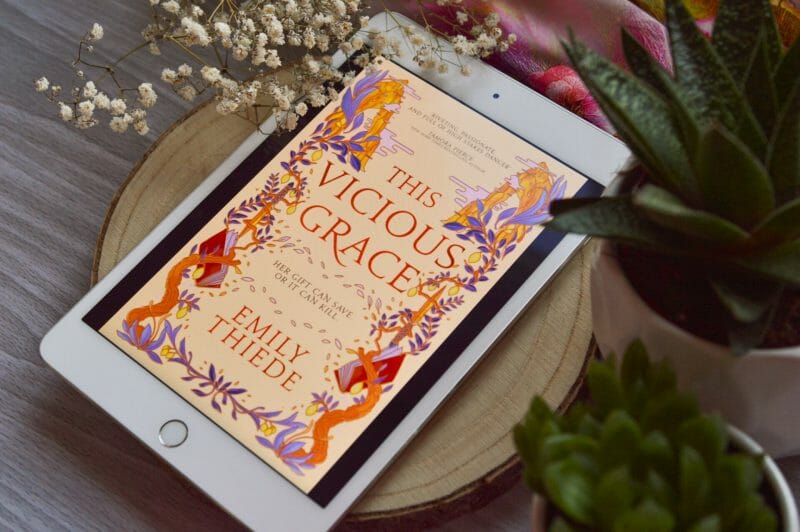 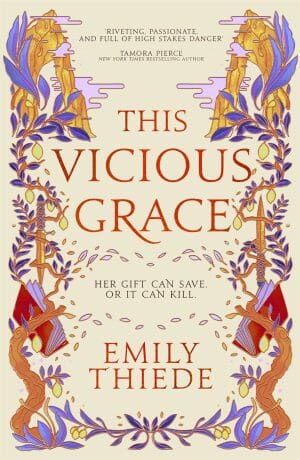 Her gift can save . . . or it can kill.
‘Riveting, passionate, and full of high stakes danger’ Tamora Pierce, #1 New York Times bestselling author

Three weddings. Three funerals. Alessa’s gift from the gods is supposed to magnify a partner’s magic, not kill every suitor she touches.

Now, with only weeks left until a hungry swarm of demons devours everything on her island home, Alessa is running out of time to find a partner and stop the invasion. When a powerful priest convinces the faithful that killing Alessa is the island’s only hope, her own soldiers try to assassinate her.

Desperate to survive, Alessa hires Dante, a cynical outcast marked as a killer, to become her personal bodyguard. But as rebellion explodes outside the gates, Dante’s dark secrets may be the biggest betrayal. He holds the key to her survival and her heart, but is he the one person who can help her master her gift or destroy her once and for all?

This Vicious Grace is the final of the three “monstrous girls” 2022 debuts, with the other two having been Only a Monster by Vanessa Len and Blood Scion by Deborah Falaye. These three books centre around female main characters with powers that are considered monstrous, essentially they’re just all three very powerful female protagonists so if that’s your kind of story, you’ll love these.

So, This Vicious Grace features Alessa, blessed by her god to… accidentally kill anyone she touches. As the Finestra, her touch is supposed to amplify her partner’s ability, but three Fonte deaths later and people are beginning to lose their faith in Alessa’s ability to save them from the upcoming onslaught of demons.

Fear results in her own guards attempting to kill her, and so Alessa seeks out Dante, a man she saw protecting an innocent girl, to be her own personal bodyguard. Dante was my absolute favourite, he’s got such a confident demeanour and really helps Alessa to come out of her shell, yet at the same time he’s a huge book lover. There’s an air of mystery about him also and Alessa spends a lot of time trying to find out as much as possible about him.

But, Alessa still needs a Fonte and so she invites all of them to see who would be able to work with her. The Fonti each have their own powers, one can use fire for example, and one thing I loved too is that it isn’t just a female Finestra and male Fonte, the Fonte can be a female also and Alessa has even been married to a female Fonte in the past (though, as with the male marriages, this ended in death). Each Fonte is understandably very nervous about being chosen, and at first I found it hard to like any of them (except for Kamaria, I pretty much loved her throughout) but over the course of the book, each of them became an endearing character.

Alessa herself begins as a very prim and proper Finestra (albeit breaking a couple of rules along the way) but her character growth is linked closely to realising that she’s so much more than what those in power say. How everyone treats her is heartbreaking at times but it’s definitely rewarding by the end of this first instalment.

The worldbuilding is brilliant from start to finish, in this Italian-inspired fantasy world featuring many lemon trees! Creating a whole religion with supernatural monsters attacking is not an easy thing, but Thiede writes in a way you can imagine it all perfectly.

The ending had me absolutely in need of the second book, and I’ll be picking it up as soon as I can! 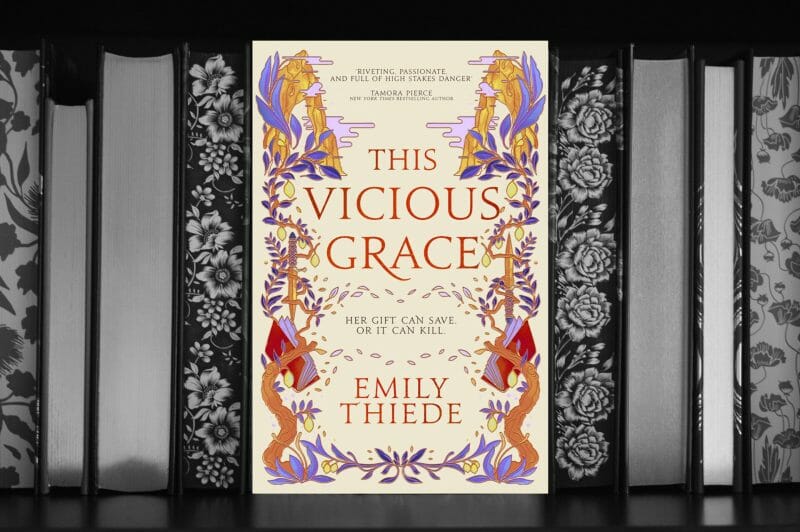