Monsters Born and Made by Tanvi Berwah is set in a unique oceanic fantasy world, where those who are seen as most important gain access to groundbreaking medical attention and are able to live their day-to-day lives in safety underground.

Koral, our main character, is a girl who is desperate to try and gain these advantages for her family’s sake, especially to try and help her sister. So, she decides to take matters into her own hands and try to beat them in a deadly competition that comes around once every four years: the Glory Race. 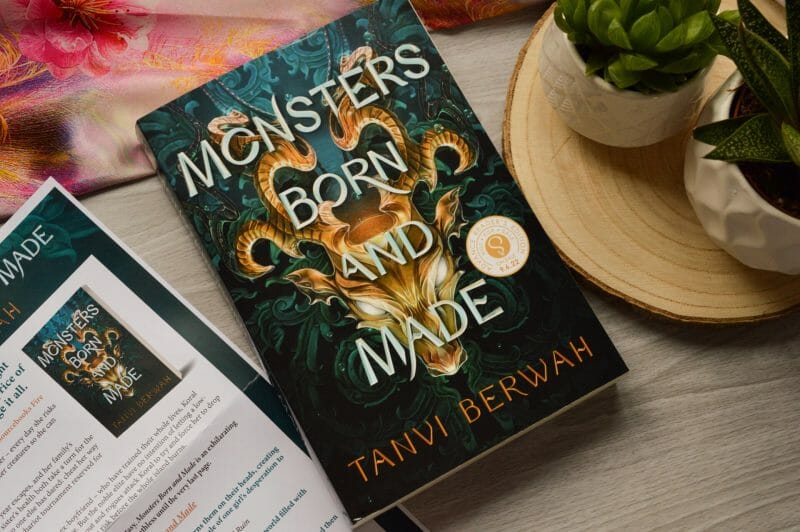 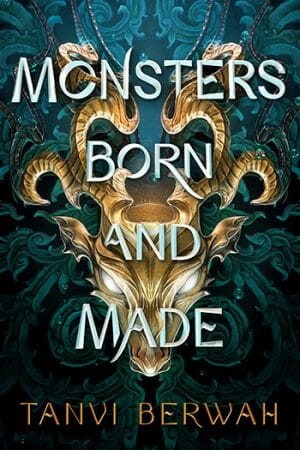 Sixteen-year-old Koral and her older brother Emrik risk their lives each day to capture the monstrous maristags that live in the black seas around their island. They have to, or else their family will starve.

In an oceanic world swarming with vicious beasts, the Landers―the ruling elite, have indentured Koral’s family to provide the maristags for the Glory Race, a deadly chariot tournament reserved for the upper class. The winning contender receives gold and glory. The others―if they’re lucky―survive.

When the last maristag of the year escapes and Koral has no new maristag to sell, her family’s financial situation takes a turn for the worse and they can’t afford medicine for her chronically ill little sister. Koral’s only choice is to do what no one in the world has ever dared: cheat her way into the Glory Race.

But every step of the way is unpredictable as Koral races against contenders―including her ex-boyfriend―who have trained for this their whole lives and who have no intention of letting a low-caste girl steal their glory. When a rebellion rises and rogues attack Koral to try and force her to drop out, she must choose―her life or her sister’s―before the whole island burns.

She grew up battling the monsters that live in the black seas, but it couldn’t prepare her to face the cunning cruelty of the ruling elite.

Perfect for fans of The Hunger Games and These Violent Delights, this South Asian-inspired fantasy is a gripping debut about the power of the elite, the price of glory, and one girl’s chance to change it all.

Monsters Born and Made is an intriguing premise from the very beginning, set in a fantasy world with a class-based system and rebellions in play.

Koral, our main character, is a Hunter and thus seen as too much of a ‘Lander’ (upper class, rich people who live underground) by fellow ‘Renters’ (those who live on the surface and have to worry about things like heatstroke and deadly creatures popping round to take a chunk out of them). Likewise, her family and her are seen too akin to Renters to be classed as Landers and gain any privilege from their position.

An accident with a maristag leads her brother to being dangerously wounded though, and with that maristag having been their last chance to catch one for potentially breeding it means that her and her family are in serious financial trouble due to the costs of her sister’s treatment.

Koral decides to then take matters into her own hands, entering the ‘Glory Race’ that is meant to only be for Landers to take part in. Those in charge of the race seem to think it’s a good idea for her to take part, much to the chagrin of chosen Landers for the race.

There are three parts to the race, and they become more and more dangerous each time. Koral has to win the entire thing for any chance of saving her family, but along the way she has to deal with the differences between herself and the Landers, rebels and worries about who can or cannot be trusted.

There’s also the issue of dangerous animals, such as huge crabs and even the maristags themselves: creatures that are part-deer and part-fish. I loved how the monsters were formed from parts of well-known animals, with one Capricorn even! It made things a lot easier to imagine, especially in cases where the creatures are actually quite frightening.

Ultimately, Tanvi has built a wonderful, unique world with a dystopian feel that will definitely appeal to those who enjoy books with competitions in. This book does end on a bit of a cliffhanger and I hope we have more to come, because I’ll definitely be picking it up! 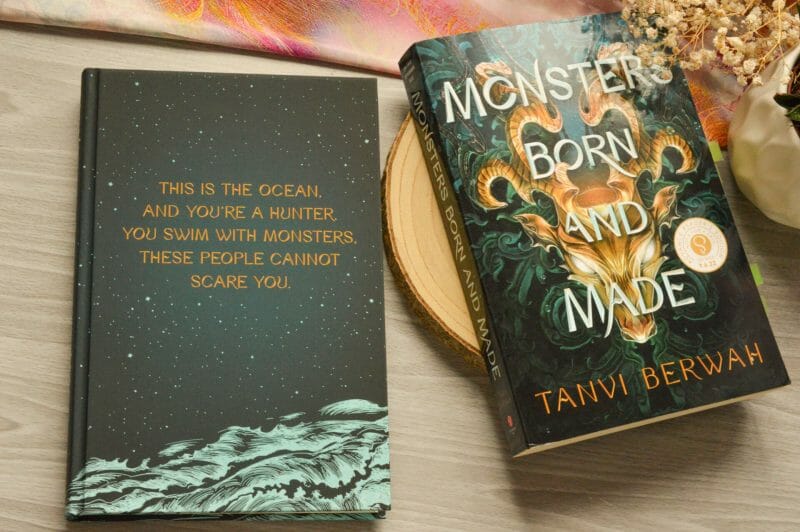