Today I’m sharing my review for The Red Scholar’s Wake by Aliette de Bodard, originally shared on my Instagram account here as part of the Pride Book Tours.

This was a very interesting read, with the main romance being between a human and a sentient space ship, and for a TLDR I’d definitely recommend it for lovers of sapphic romance and sci-fi stories! But for more read on. 💜 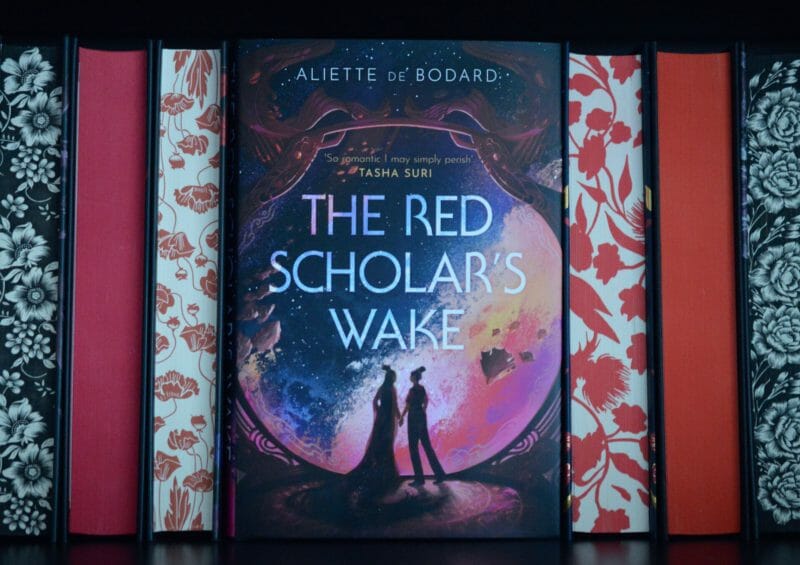 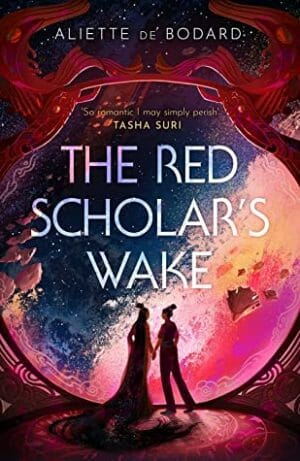 Xích Si: bot maker, data analyst, mother, scavenger. But those days are over now-her ship has just been captured by the Red Banner pirate fleet, famous for their double-dealing and cruelty. Xích Si expects to be tortured to death-only for the pirates’ enigmatic leader, Rice Fish, to arrive with a different and shocking proposition: an arranged marriage between Xích Si and herself.

Rice Fish: sentient ship, leader of the infamous Red Banner pirate fleet, wife of the Red Scholar. Or at least, she was the latter before her wife died under suspicious circumstances. Now isolated and alone, Rice Fish wants Xích Si’s help to find out who struck against them and why. Marrying Xích Si means Rice Fish can offer Xích Si protection, in exchange for Xích Si’s technical fluency: a business arrangement with nothing more to it.

But as the investigation goes on, Rice Fish and Xích Si find themselves falling for each other. As the interstellar war against piracy intensifies and the five fleets start fighting each other, they will have to make a stand-and to decide what kind of future they have together…

An exciting space opera and a beautiful romance, from an exceptional SF author.

I’d wanted to read The Red Scholar’s Wake by Aliette de Bodard since I saw it described as ‘lesbian space pirates’, and it definitely delivered on that front, but it was so much more simultaneously.

The story revolves around Xích Si, a scavenger who (under normal circumstances) would most likely be killed by pirates after being captured by them, just so happens though that Rice Fish, the pirate ship who caught her, wants to marry her instead. At first, Xích Si feels solely despair at her situation, but she learns fairly quickly that everything isn’t quite what she expected when it comes to pirates.

She’s able to grow close to Rice Fish pretty quickly, and even forms some friendships with other pirates (Crow’s Words was probably my favourite side character of these, he’s loyal to Xích Si from the beginning). One thing that seems to be a recurring theme in pirate stories is found family, and this book is no exception to that!

There’s a lot of politics mixed in with the story, think of that scene in Pirates of the Caribbean: At World’s End where all of the ships meet up (but set in space, of course) and there are multiple power plays at hand, especially following on from the loss of Rice Fish’s first wife.

Ultimately, a lot of this story is about healing and wanting to become better, whilst opening up to love. Character development is another bonus, we see Xích Si becoming less scared and Rice Fish overcoming certain insecurities slowly, truly if you’re a fan of either sapphic or sci-fi stories (or both!) this is definitely one you’ll enjoy. 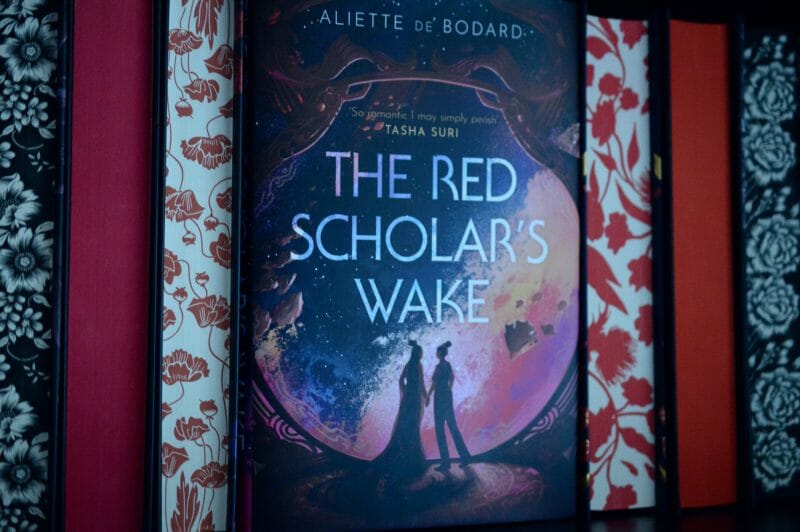