Today’s review is for my last read of 2022, Godkiller by Hannah Kaner, and one that I absolutely loved reading!

The story is filled with endearing characters, mysterious curses/abilities and a lot of adventure, it will definitely be loved by fans of the Witcher series, but every fantasy fan will be able to find several things they enjoy about this start to an exciting new series. 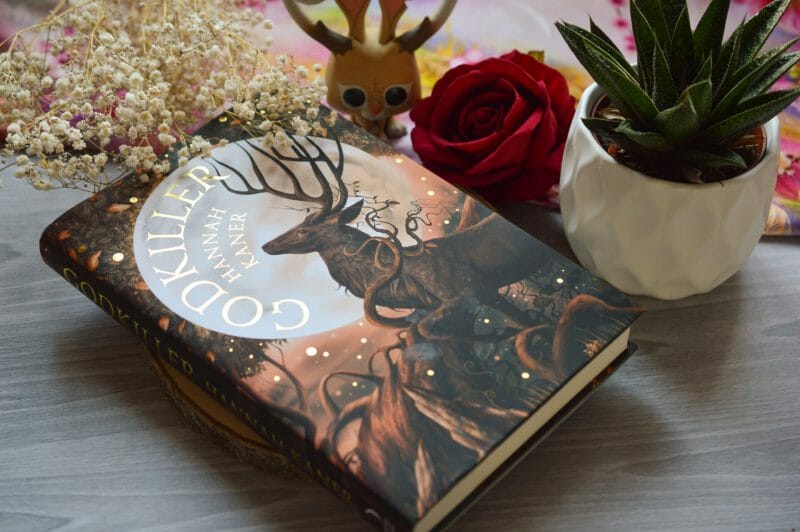 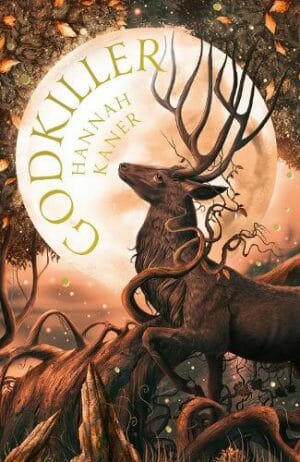 Kissen kills gods for a living, and she enjoys it. That is until she finds a god she cannot kill: Skediceth, god of white lies, who is connected to a little noble girl on the run.

Elogast fought in the god war, and helped purge the city of a thousand shrines before laying down his sword. A mysterious request from the King sends him racing back to the city he destroyed.

On the way he meets a godkiller, a little girl and a littler god, who cannot find out about his quest.

Godkiller is set in a fantasy land where gods are corporal due to the wishes of humans, and the prologue (set 15 years prior) jumps straight into the action, showing the results of one god on a complete and utter power trip. From then on, there is a lot of talk throughout the story about the danger of seeking power, something which our first main character, Kissen the godkiller, understands thoroughly from observing others and finding herself alone.

Kissen’s isn’t the only perspective we have though, and soon we’re introduced to Inara, the sole heir to the Craier noble house who has a little problem of being connected to a god, Skediceth (Skedi). They can’t move too far from each other and, seemingly as the result of the connection, Inara has some godlike qualities herself. She hears of Kissen’s journey to her town and sneaks out to see if Kissen can help her at all.

Kissen is brash, a little full of herself, but above all she’s ridiculously loyal and compassionate to those she cares about (even if she’ll happily throw a few in digs in still). All of those qualities make her a completely endearing main character and it’s hard not to make comparisons to Geralt from the Witcher series, though this is loose and due solely to her penchant for swearing, being a godkiller for hire and a loyal horse called Legs who she loves. Inara likewise has some qualities that could be compared to Ciri (noble-born, mysterious powers), but that’s it. Essentially, they’re reasons why fans of the Witcher series would also love Godkiller.

And back to Godkiller! Our fourth perspective (Skedi has a couple of chapters) is that of Elogast, ‘Elo’, a former knight who left it all behind to become a baker whilst suffering from PTSD. Elo is a sweet character, he may have some deadly skills but he’s kind to everyone he meets and his mission throughout the story is completely selfless.

All of their missions lead them to eventually meet 10 chapters in, heading to a town that had been the country’s main battle site for a war between humans and gods.

Kaner has crafted a unique world, with four different perspectives written exceptionally well so that each can be recognised even without taking note of each chapter heading. There aren’t any cases of serious info-dumping, throughout the story we learn about the world and characters at a slow and steady pace.

Overall, Godkiller stands as an incredibly strong start to a series, with compelling characters and a wealth of adventure throughout; this will easily be a favourite of many. 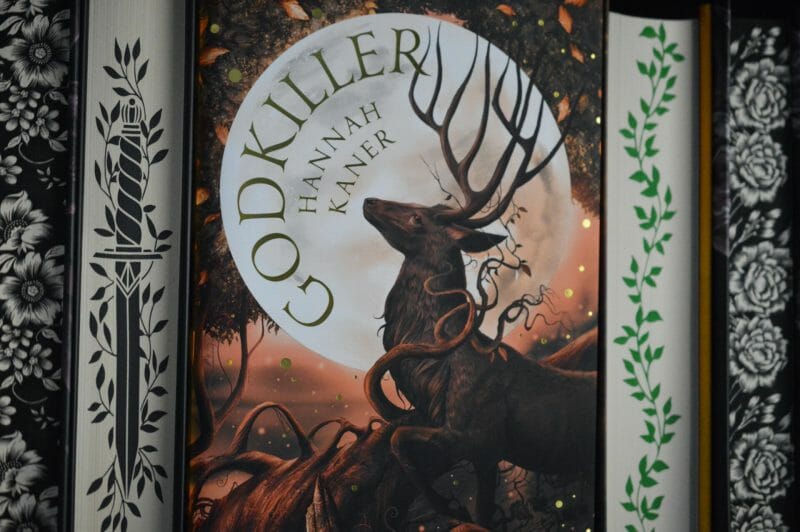