Today’s review is for Spice Road by Maiya Ibrahim, a book full of magic, family ties and some surprises.

I’d been excited for this for a long time, and I think it’s a brilliant start to the trilogy overall. Younger YA readers will fall in love with the beautiful world-building and the exciting plot. If you’re on the older side of readers (like me), then get ready to fall a little for one of the main characters. 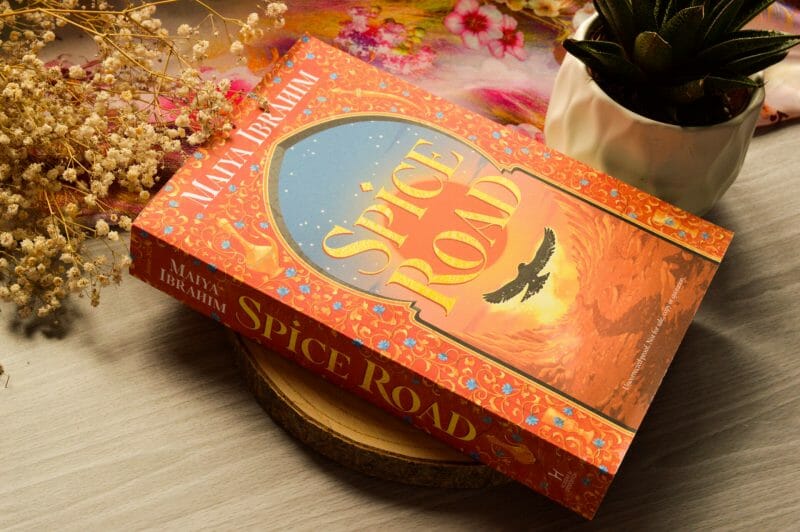 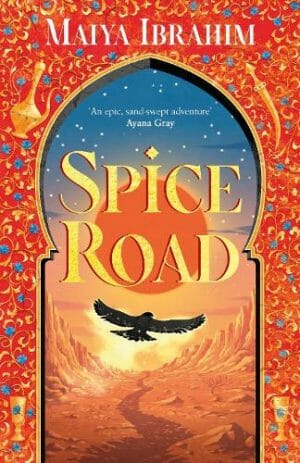 The first book in an epic fantasy series for fans of Sabaa Tahir, Hafsah Faizal and Elizabeth Lim, set in an Arabian-inspired land. Raised to protect her nation from the monsters lurking in the sands, seventeen-year-old Imani must fight to find her brother whose betrayal is now their greatest threat.

In the hidden desert city of Qalia, secret spice magic awakens affinities in those who drink the misra tea. With an affinity for iron, seventeen-year-old Imani wields a dagger like no other warrior, garnering her the reputation as the next greatest Shield for battling the dangerous djinn, ghouls, and other monsters that lurk in the sands beyond city limits.

Her reputation has been overshadowed, however, by her brother who tarnished the family name after he was discovered stealing their nation’s coveted spice – a tell-tale sign of magical obsession. He disappeared soon after, believed to have died beyond the Forbidden Wastes, and leaving Imani reeling with both betrayal and grief.

But when Imani uncovers evidence her brother may be alive and spreading their nation’s magic beyond the desert, she strikes a deal with the Council to find him and bring him back to Qalia before he can reveal the city’s location. Accompanied by Qayn, a roguish but handsome djinni, and Taha, a powerful beastseer whose magical talents are matched only by his arrogance, they set out on their mission.

Imani will soon discover there are many secrets that lie beyond the Forbidden Wastes – and in her own heart – but will she find her brother before his betrayals endanger the fate of all of Qalia?

In this epic and action-packed fantasy, one young heroine navigates the treacherous road between protecting the ones you love and staying loyal to the place you call home.

Spice Road begins in the hidden land of Qalia, a part of the Sahir where magic exists (fuelled by drinking misra tea). It’s set in the first person perspective of Imani, who is incredibly skilled in duelling but… woefully ignorant of most things (but she’s trying and she’s learning more about the world, and of course as she does, the reader does as well).

Imani’s brother, Atheer, had disappeared and was presumed dead, but their sister, Amari, never gave up hope that he may be alive (despite it being known he’d stolen some of the misra supplies beforehand). They follow Atheer’s horse into dangerous territory one day and come across Qayn, a djinni who claims that he can help Imani find Atheer.

No one can find out about Qayn, as Imani technically should have killed him, but she ends up having to be escorted on her quest to find Atheer with three others who aren’t exactly keen on her. This includes Taha, a beastseer with a traumatic past thanks to his father. Arrogant, committed to duty and also just pretty mean. There were times I felt he might end up more redeemable but pretty quickly each time I went back to being Team Qayn in terms of my favourite character.

The world-building is magical and I loved the concept of Imani’s home being hidden away by magic itself, and we had some very interesting creatures such as a giant and other beasts. Once the group exits the hidden Sahir though, the narrative takes a slight turn and the real monsters are instead human in kind. Personally, I really enjoyed this as it helped to open Imani’s eyes a little.

What took a lot longer was her realising that Qayn was an absolute diamond. No matter how much he helps her, she just can’t see past that he’s a djinni. It makes sense, she’s been practically brainwashed into just wanting to kill every and all djinni (even earning the nickname ‘Djinni Slayer’ from excelling in this), but he was a treat from his first appearance. When she wasn’t threatening to kill him then their chemistry was also fantastic! I really liked learning more about him throughout the story too, and I’d 100% read a Qayn backstory prequel in a heartbeat.

In essence, Spice Road is a really great set-up to the trilogy, with a strong plot in itself. Younger YA readers will adore it from start-to-finish and I will most definitely be reading the sequel thanks to how much some of the characters grew during the story, and because I need to know what happens next! 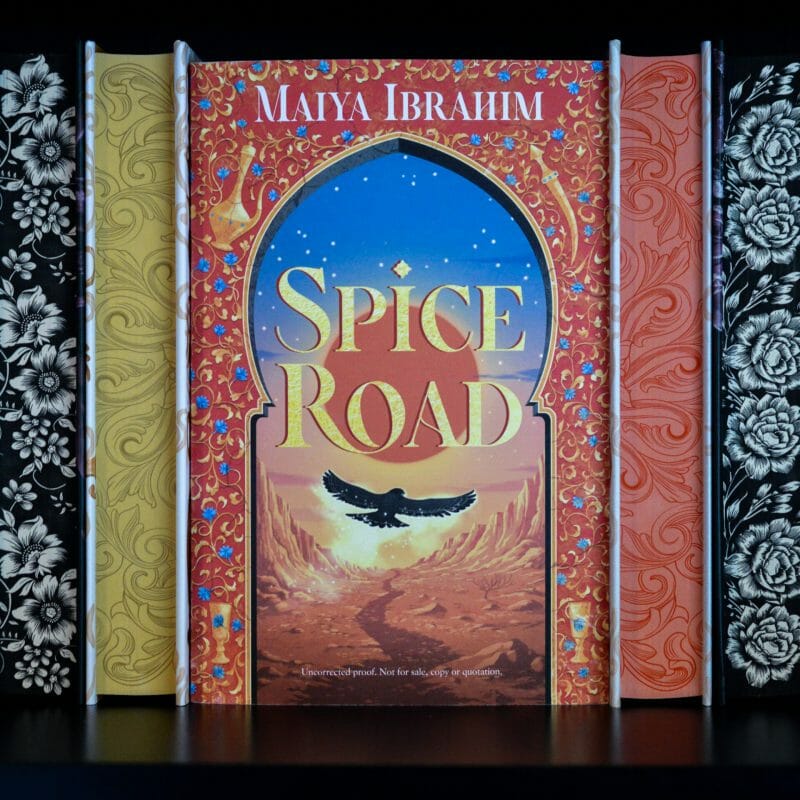