Hey everyone! Today’s review is part of the TBR and Beyond book tour for This Golden Flame, I signed up for it basically because I’d already been falling in love with my e-ARC at the time!

It’s an own voices story with an aromantic, asexual main character along with a second protagonist of an automaton. Honestly, this book was perfect to me and I especially loved the Ancient Greek influences mixed in with pirates (I’m pretty sure at this point that pirate stories are my favourite in YA literature). 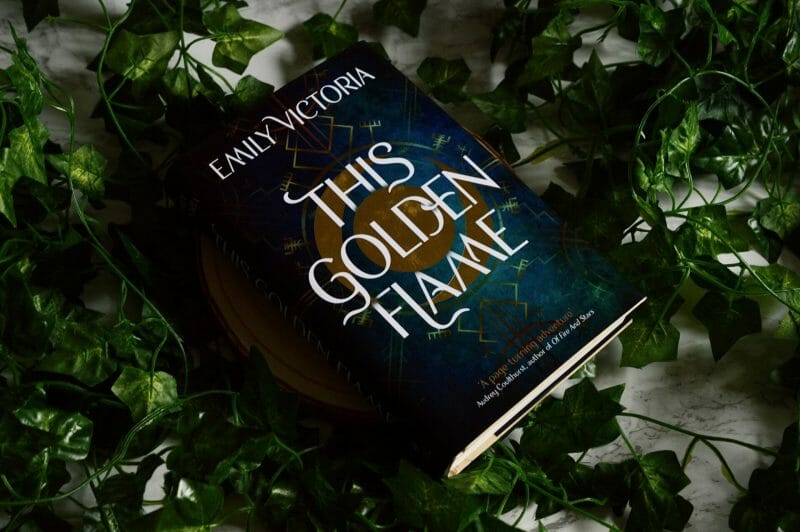 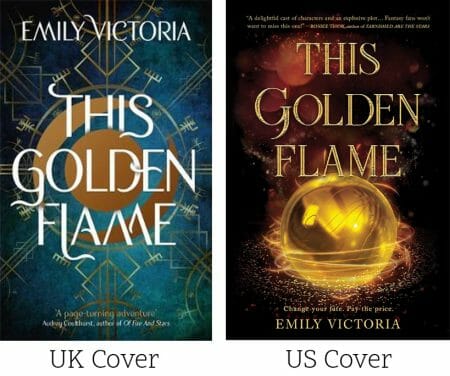 Orphaned and forced to serve her country’s ruling group of scribes, Karis wants nothing more than to find her brother, long ago shipped away. But family bonds don’t matter to the Scriptorium, whose sole focus is unlocking the magic of an ancient automaton army.

In her search for her brother, Karis does the seemingly impossible: she awakens a hidden automaton. Intelligent, with a conscience of his own, Alix has no idea why he was made. Or why his father – their nation’s greatest traitor – once tried to destroy the automatons.

Suddenly, the Scriptorium isn’t just trying to control Karis; it’s hunting her. Together with Alix, Karis must find her brother . . . and the secret that’s held her country in its power for centuries.

An Ember in the Ashes meets Mask of Shadows in Emily Victoria’s #ownvoices debut YA fantasy, an epic adventure full of magic, rebellion, and finding where you truly belong.

This Golden Flame was an overall brilliant and unique read, full of elements that will appeal to a wide range of readers.

The story is set in the fantasy land of Eratia, with influences from Ancient Greek mixed in with automatons and pirates. We start with one of the two perspectives we have throughout the book – Karis. Karis is an orphan who is being kept on an island basically to do menial tasks such as cleaning the automatons that haven’t moved in around 200 years, but when she was brought there with her brother, Matthius, things happened that meant he was taken away. Karis doesn’t know where he was taken to eight years previous to the start of the book so it starts with her attempting to break into somewhere to find out.

Pretty quickly we’re then introduced to Karis’ only friend on the island, Dane. He was an orphan as she was but adapted to life on the island a lot better, so he’s popular and a promising soldier, whereas Karis kept in mind her goal of being reunited with her brother so never really let anyone in. Dane’s an absolute sweetie though and it’s clear he sees Karis as a sister in a sense, he tries his best to keep her safe and out of trouble.

One day, Karis is carrying out chores and falls off a cliff. She thinks she saw something so later on when no one is around she returns to investigate. What she doesn’t count on finding is our second point of view in the form of Alix, an automaton that can, for some reason, still move. Karis is pretty intelligent so realises she can make use of Alix to find the information about her brother she needs, but this ends in some disturbance and suddenly both her and Alix have to make a run for it as fast as possible… with a fairly reluctant Dane.

Alix is one of the sweetest characters you’ll ever read about, his one aim is to finish off the work of his creator but being a unique automaton everyone is after him. Every other automaton needed to be controlled to do things, but he can talk, walk and do as he wills. Honestly, I’m not sure why but for some reason I pictured him as Vision but with runes the entire time I was reading?

Whilst they’re running away, they end up bumping into some pirates, including another of my favourite characters – Zara (the “Pirate Queen” as she’s regularly referred as). If you’re new here, I have a serious soft spot for sassy, intelligent characters and she ticked all the boxes for me. She’s yet another softie at heart and her love for her crew is plain to see.

Every story needs its villain… and this villain is the Magistrate. He isn’t in the book much, mostly being talked about, but I think that’s partly because of the main message. He might be the bad guy but he’s basically a symbol of everyone after power in the book. His actions are caused from wanting more power and the catalyst for the automatons in the first place is to increase Eratia’s overall power. It’s a power play and our main characters are underdogs trying to balance it out again.

In terms of representation, this book is brimming with it. Karis is aromantic and asexual, with the book being an own voices story with this, there’s a non-binary character and a gay couple. There are relationships within but these aren’t important to the story in any way, which personally I preferred as the emphasis was on the action.

Honestly, I think my absolute favourite part of this story was the friendships created. It was full of family bonds and wholesome moments and I hope we get more books like this in future from Emily Victoria, I’ll definitely be checking them out!

Don’t ever let them define you on their terms. This is your life to live. 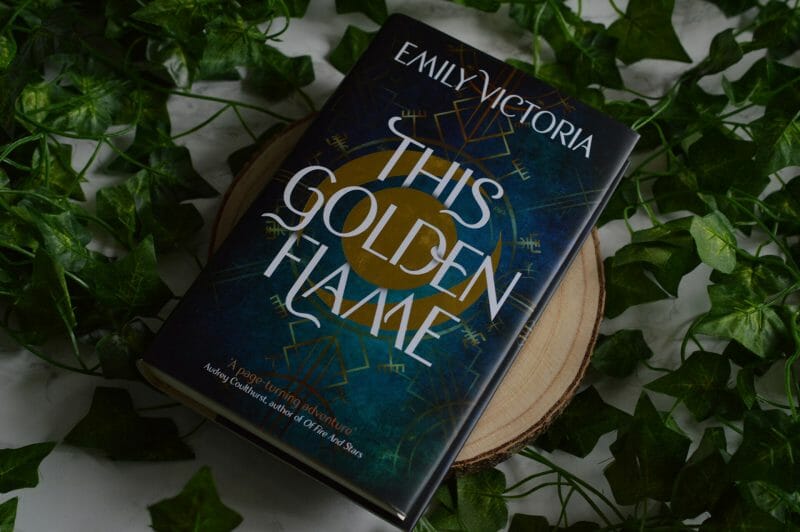 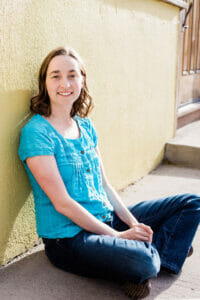 Emily Victoria is a Canadian prairie girl who writes young adult science fiction and fantasy. When not word-smithing, she likes walking her over-excitable dog, drinking far too much tea, and crocheting things she no longer has the space to store.

One winner will receive a signed finished copy of This Golden Flame and some swag. The giveaway starts on February 15th and ends on February 22nd.
a Rafflecopter giveaway 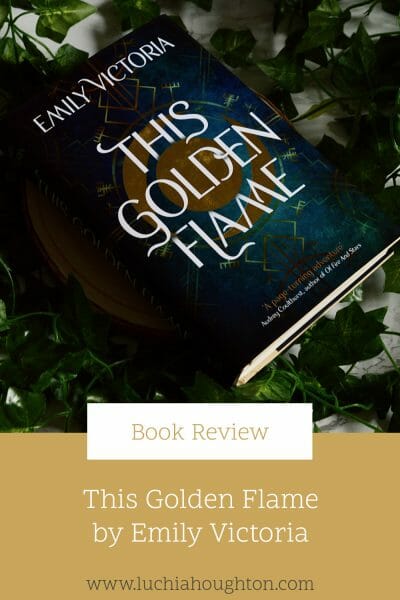