June’s Illumicrate box was themed ‘Out of the Woods’ and featured items inspired by Lord of the Rings, We Hunt the Flame, Among the Beasts and Briars, The Darkest Part of the Forest and a poem from Robert Frost. It included the next jigsaw puzzle story (LOTR) and one gorgeous looking book!

Check out all the items below. 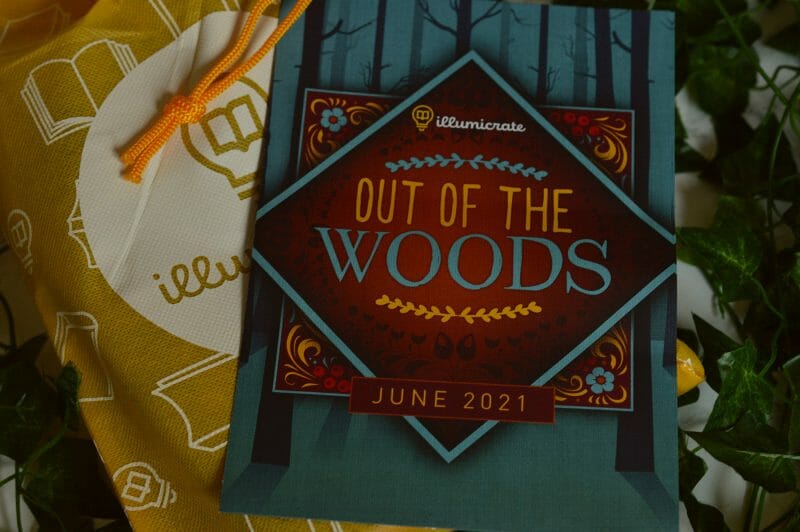 This month’s book was The Wolf and the Woodsman by Ava Reid, and it’s such a stunning edition! The naked cover has foiling which is reminiscent of the beautiful ARC copies that have been going around on Bookstagram and it’s just lovely, real eye-candy!

The Illumicrate edition comes with exclusive stencil edges, reverse dust jacket art by @warickaart and hidden foiling under the cover. It was signed and there is character art included. The monthly collectors pin was designed by @stacey.mcevoy.caunt and is inspired by the coin the main character wears, it also features Hebrew writing! 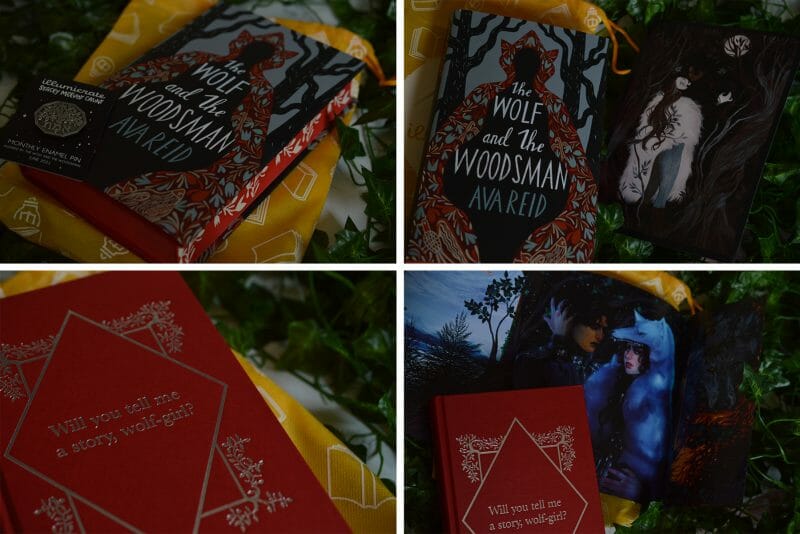 In her forest-veiled pagan village, Évike is the only woman without power, making her an outcast clearly abandoned by the gods. The villagers blame her corrupted bloodline—her father was a Yehuli man, one of the much-loathed servants of the fanatical king. When soldiers arrive from the Holy Order of Woodsmen to claim a pagan girl for the king’s blood sacrifice, Évike is betrayed by her fellow villagers and surrendered.

But when monsters attack the Woodsmen and their captive en route, slaughtering everyone but Évike and the cold, one-eyed captain, they have no choice but to rely on each other. Except he’s no ordinary Woodsman—he’s the disgraced prince, Gáspár Bárány, whose father needs pagan magic to consolidate his power. Gáspár fears that his cruelly zealous brother plans to seize the throne and instigate a violent reign that would damn the pagans and the Yehuli alike. As the son of a reviled foreign queen, Gáspár understands what it’s like to be an outcast, and he and Évike make a tenuous pact to stop his brother.

As their mission takes them from the bitter northern tundra to the smog-choked capital, their mutual loathing slowly turns to affection, bound by a shared history of alienation and oppression. However, trust can easily turn to betrayal, and as Évike reconnects with her estranged father and discovers her own hidden magic, she and Gáspár need to decide whose side they’re on, and what they’re willing to give up for a nation that never cared for them at all.

In the vein of Naomi Novik’s New York Times bestseller Spinning Silver and Katherine Arden’s national bestseller The Bear and the Nightingale, this unforgettable debut— inspired by Hungarian history and Jewish mythology—follows a young pagan woman with hidden powers and a one-eyed captain of the Woodsmen as they form an unlikely alliance to thwart a tyrant.

With artwork by @afterblossom_art and designs by @chattynora, I love Illumicrate’s puzzle stories and even just how gorgeous the boxes themselves are! I haven’t done this puzzle yet but it’s LOTR so I’ll probably let Jordan have a go at it first! 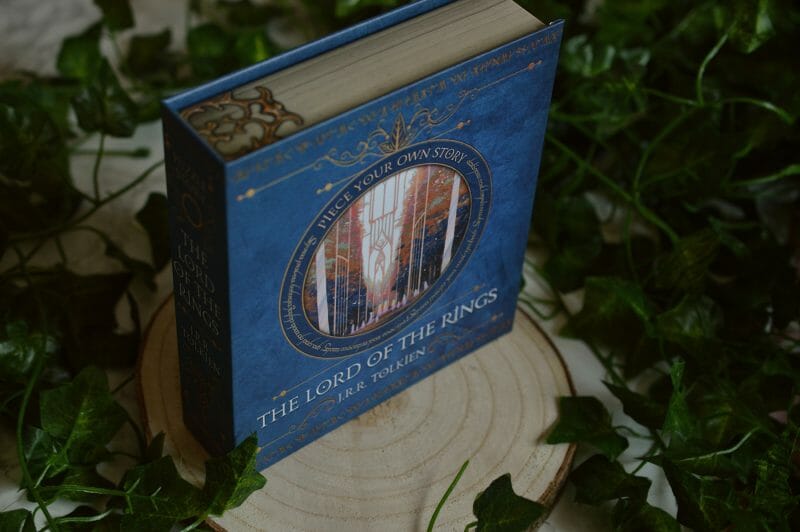 I still need to read Holly Black’s The Darkest Part of the Forest, but this banner with artwork by @superstarfighter is definitely stunning! Hopefully I’ll get round to reading it soon so I can appreciate this even more. 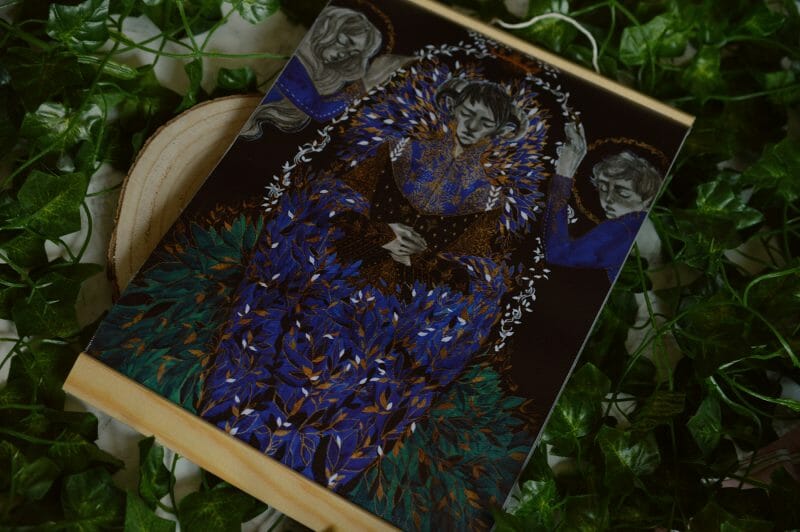 Okay this water bottle is the cutest thing! It’s so well-made and I love the design from @rosdottir. It has poetry on it from Robert Frost:

The woods are lovely, dark and deep,

But I have promises to keep,

And miles to go before I sleep,

And miles to go before I sleep. 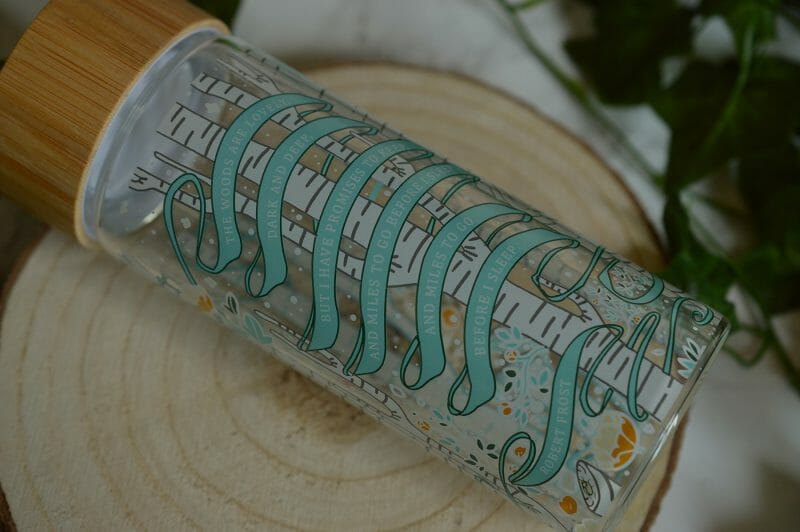 The item I was most excited for, because it’s inspired by Ashley Poston’s Among the Beasts and Briars which I adored! (Review available here.) It’s a woodmark with artwork by @no0nedesigns, I love her work and it’s well worth checking out her Etsy store! 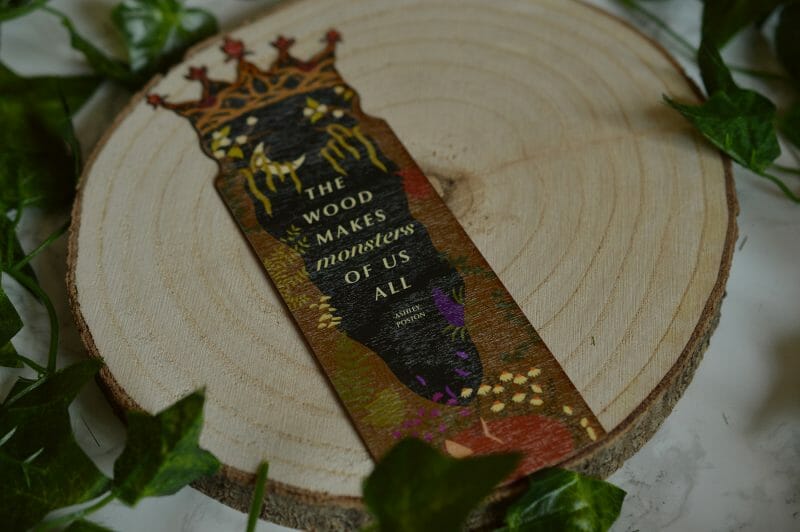 Simple, yet effective! This cute little wooden bow and arrow pin is inspired by Hafsah Faisal’s We Hunt the Flame and designed by @hannahhitchmanart. 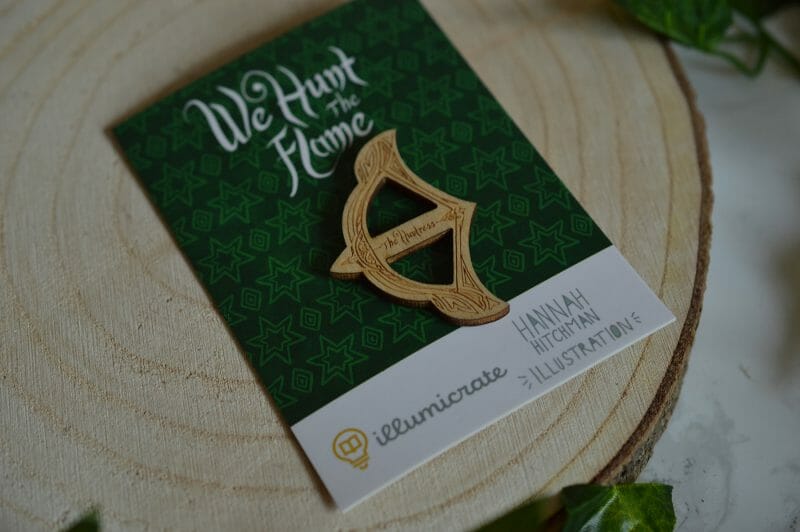 I really liked this box, again! I know some don’t like when multiple pins are in boxes but for me it’s the opposite, it makes the box even better! I love how wood-like everything is too, it fit with the theme perfectly. 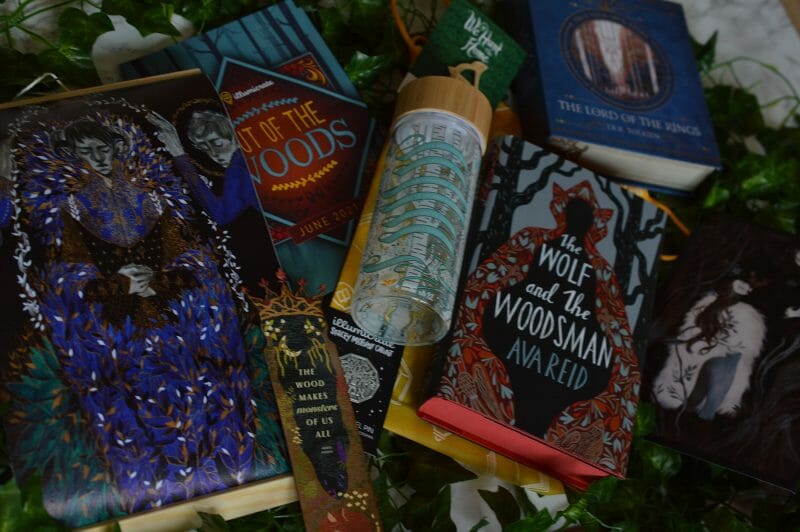 ‘Our July theme is Never Enough! This theme is dedicated to those characters who always want more. More power, more answers, more victories, more adventure. And they will do whatever it takes to achieve their goal.
A girl, trained as a monk after stealing her brother’s identity and fated greatness, joins the rebellion against China’s Mongol rule. An enslaved eunuch general, fighting for the Mongols but loyal only to his commanding officer, is destructively merciless. Their two fates become intertwined as they battle to achieve their goals at the expense of each other. This is a truly glorious epic fantasy, and we were awed by the incredible scope of the storytelling and the authenticity of the many flawed characters. It’s truly not one to be missed!
Our July book features all exclusive: cover, foil embossing on the hardback, reverse dust jacket art by @glassbearer, and stencilled edges! The book features a digital signature as well as a signed bookplate. As always, both the full box and book only option come with the matching pin designed by @stacey.mcevoy.caunt!
Our items this month are inspired by The Poppy War, Red Rising, A Darker Shade of Magic, Descendant of the Crane and The Picture of Dorian Gray! The next @rosiethorns88 mug is in this box!
The book at a glance
📚 Adult epic fantasy, first in a duology
💡 All exclusive: cover, foil embossing on the hardback, art on the reverse of the dust jacket by @glassbearer and stencilled edges
💫 Chinese & Mongol characters and setting by Chinese author, genderqueer main characters, queer relationships
You can find a list of content warnings for the book on our website!’

Considering the shipping delays (thanks Suez Canal!) I actually already have this box as well! So I’ll be putting my unboxing up for it very soon. I was very excited to see the customisations for this book and the Illumicrate team didn’t let us down, it’s perfect! 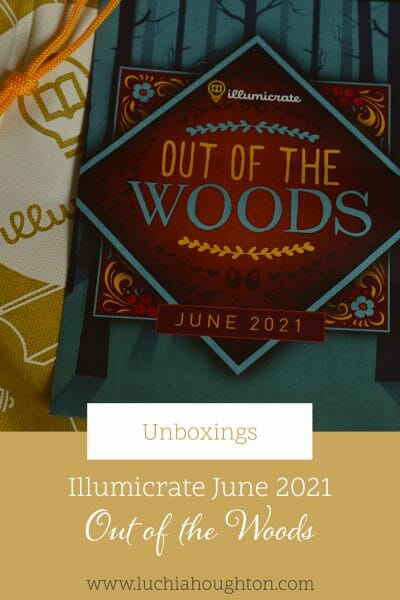